Impeach Trump, But Don't Try to Silence Him 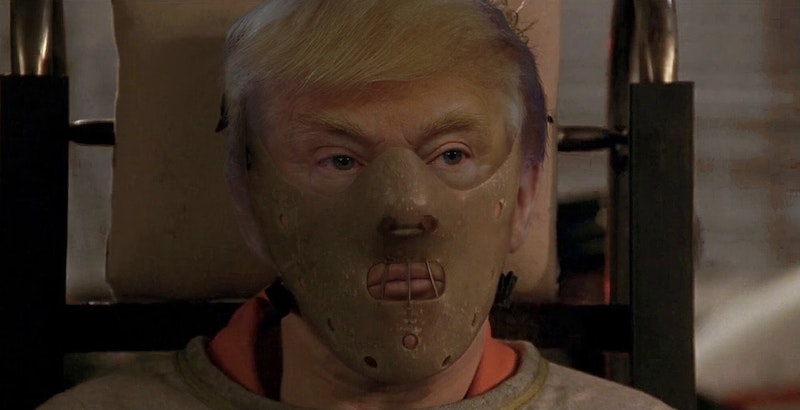 MSNBC and The Atlantic do what Twitter does: they publish Donald Trump's tweets. Even as CNN reported with evident approval that Twitter had "permanently suspended" Trump's account, they put Trump tweets up on their screen: a selection of the most controversial or "dangerous" from the last year or two, and the last few tweets in which Trump reacted to news of the ban. Every day for more than four years, MSNBC has put tweets from Trump on its screen, emphasizing the most controversial or the clearly false. The Atlantic and New York Times have quoted Trump's tweets continuously since the 2016 campaign began, often embedding screen shots in their stories.

These outlets are doing and have for years done roughly what Twitter itself has been doing: publishing and widely disseminating Trump's tweets, whether in a particular case they’re obviously accurate and newsworthy (for example "I just pardoned Michael Flynn") or constitute disinformation, aka “jive.” They obviously have believed that, during the Trump candidacies and administration, understanding Trump's feed is key to understanding what is going on. This was true right up through the sacking of the Capitol. I want to point out, as (by their own account) Trump incited "domestic terrorism" and "treason," they carried the speech live, and have quoted it andrun snippets of it ever since. Surely they are, on this sort of account, partly responsible for the results.

I followed Trump on Twitter, of course, and watched him drive events, or lie his way through wild attacks on his opponents. Everyone who writes about politics from almost any ideological standpoint did so: it would’ve been irresponsible not to. Last Wednesday, as Trump and Confederate flags waved in the Capitol, I followed the feed closely. No one who has ever been on Twitter has taken the ridicule and vituperation to which @RealDonaldTrump was continuously subjected. A whole genre emerged among progressives of abusive or hilarious or fact-checking commentary in the form of replies to Trump's tweets.

In brief, MSNBC and the Times do exactly what Twitter does: they publish Trump's tweets. They do it for the reason that even or especially when they are false, they’re informative as to Trump's "state of mind" and with regard to what he's going to do next. People who hate Trump also disseminate him incessantly, adding refutations or abuse. The actual effects of Trump's feed are multiple and ambiguous: helping and hurting Trump the politician every day. It's a good example of the contradictory effects of free speech. Allowing your opponents to speak lets them issue their propaganda and raise a mob against you. It alsoexposes their lies and tells you what they're up to.

Throughout Trump's presidency, people have argued that he and his family and followers should be eliminated from social media. They really thought they could silence the POTUS, prevent him from communicating altogether, which seems extremely unlikely, especially as these same people were also obsessed by the communications they proposed to ban. Also, such positions deploy an extremely simplistic account of the effects on people of what they see on their screen: a kind of monkey-see monkey-do account in which people are the hapless idiot victims of evil manipulators.

The monkeys who imbibe content mimetically, of course, don't include the commentators themselves; the hapless idiot victims are rural people, let's say: people without graduate degrees. They can’t be trusted with information or misinformation. They don’thave the critical acumen that we've inculcated in our sociology PhD's and Columbia J-school alumni. So we here at Harvard or whatever need to decide what they can and can’t see. "We" (whomever that is, exactly), know what’s true and what’s false. You won't know until somebody tells you; starting now, we'll make sure only the right people tell you.

But I don't think that’s going to be possible. A ban from Twitter, Instagram, and YouTube will have some effect in narrowing the Trumpers' audiences. But you'll have to plug every hole, monitor every corner, police every video from anywhere all the time. If the Trumpers all go to Parler, Amazon will eliminate the entire app. But these people will be building their own infrastructure. And they’ll think of a thousand ways to infiltrate yours. What do the emojis mean today to whom? How would one control that? The alternative is really to eliminate the presumption of easy or open access to social media, which would simply be to eliminate social media altogether in favor of highly curated progressive propaganda publications. At least then the ignorant wouldn't be subjected to the dangers inherent in the frog emoji.

Silencing one's opponents so that no one else hears what they're saying always seems like a good idea and an urgent priority, and the proximity of Trump's speech to the Capitol insurrection, along with the hysterical response to the latter, provides an unparalleled excuse to shut him and his followers up. But practically speaking, you're not going to be able to shut up the President of the United States. You've been obsessed with his every word for six years, CNN, and helped make him the most famous person in the history of the world since Napoleon. You won't be able to silence him after the presidency is over either. If you try, you won't know about the next sacking of the Capitol until it's already over.

The social media issues are going to be a lot less acute as soon as Trump is, thank God, no longer president. His social media feeds, which will certainly continue until someone gets control of the entire Internet on behalf of progressives everywhere, will not be as obviously directly relevant to policy and news. It’ll bemore responsible to ignore or delete them, though if we dosomething or someone is liable to sneak up on us in 2024. But it's still not going to be right, or effective, to try to eliminate them before they appear.

For that, you'll need complete control of all social media. I'm praying you never get it, because that's when this mutates from merely dangerous to entirely disastrous.