In the neoliberal era, hope is utilized as a commodity and applied to individual successes. 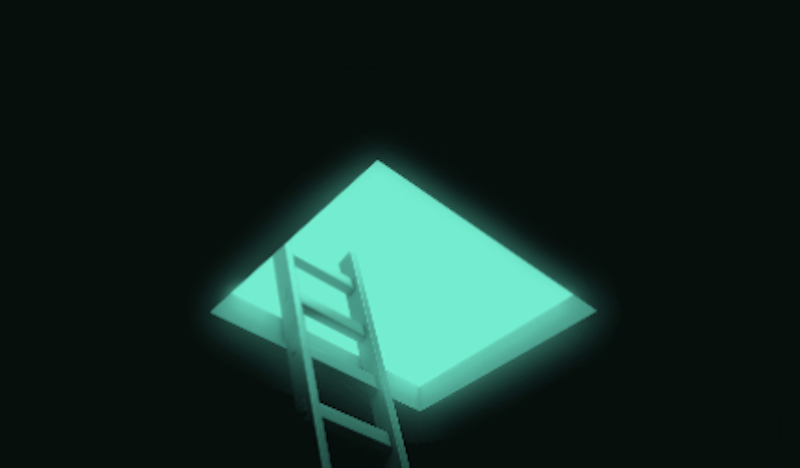 In 2008 Barack Obama ran a campaign based on hope. A fundamental change from the policies of the Bush Administration that attacked civil liberties, began two foreign wars, and played bystander as the housing crisis unfolded. Hope, as a slogan, appeared to be the appropriate message that beguiled many to support the charismatic candidate. Hope, that a better and more equitable future was possible, one that aligned with the concept of liberal morality as founded in American exceptionalism. In reality, the economic policies and social programs of the Obama Administration led to increased wealth consolidation and millions of Americans losing their homes from a deceitful public stimulus and bank bailout.

The rise of Donald Trump was a response to some of these failings even though the mainstream media put all responsibility onto the shoulders of white supremacy. As 2021 begins, hope, again rears its face as a promise to sweep the evils of Trump and his supporters under the rug, bring the pandemic to an end, remove supposed fascism from the White House, and mitigate the climate crisis. Hope exists here because the specter of these crises has become completely projected onto Trump and hope is rekindled by the professional liberal class because they hold such extreme hatred for Trump, who represents a repudiation of their understanding of civil and moral society. From this perspective, the hope for an alternative president led to the acquiescence and coercion to resist an equally or potentially more oppressive political structure that will occupy the White House on January 20th.

Hope as it exists in America today is a traditional liberal concept in that it’s an idealist ideology—capturing both the political left and right—that puts faith in established democratic institutions and electoral politics to bring about justice and freedom. In the neoliberal era, hope is utilized as a commodity and applied to individual successes, a notion reinforced by the state when it provides access to diminishing freedoms (better called, permissions) and by the media via ideological propaganda. This form of hope is a stimulant for post-industrial society’s decadence because the ideology gives credence to believing that education and “help” will solve personal and societal disparities and grievances. Put another way, it detracts from direct action to solve injustices and puts faith in the current structures to show more tolerance and benevolence resulting in an increasing acceptance of more brutal policies that serve profits over people.

Political hope is seeded from the viewpoint of how it is manifest in oneself, an individualistic control of one’s successes and failures. It has been prescribed as necessary to sustain motivation and mental health, repel feelings of alienation in an economically unjust society, and mitigate feelings of despair. The insidious aspect of hope is that it constantly resets the threshold for excess expectations, perpetuating a reoccurring investment in hope either in the form of internal vigor or projection of one’s ethics and morals onto individuals in power that can bring about one’s personalized visions. This delusion and internalization of hope is manifest most in those that have established modest material comforts that became accessible by following the rules of social relations and paying into the socioeconomic system in the form of college education, or in the case of reactionary conservatism, blind belief in American nationalism. For the professional liberal class, hope is the necessary illusion in the political and economic institutions that have afforded them success as long as they personified a politicized, moral permissive nature; a trust and hope to undo the wrongs of unjust societal disparities and crises such as climate change are grounded in the belief, or rather, illusion of hope.

The prevalence of hope within the professional liberal class has its origin in the classist ideology of American ethos. While not directly stated, there’s an assumption that higher education, financial investment, and properly navigating the social relations of elite professions will lead to economic security such as housing and the material excesses of post-industrial culture, such as frequent travel to those hot spot “third world” destinations. The cultural reproduction of the American dream is dependent on hope as way to obfuscate the wealth gap and wage stagnation while the price for basic material needs become financially out of reach. In reality, hope is limited to the confines of material conditions that dictate social relations and goals within our individual lives. For the professional liberal class though, hope is projected to transcend those limitations and the uncertainty to access material needs. And because they haven’t yet been washed out by the capitalistic machine, hope for the professional liberal class is easily purchased by their conscious.

The fetishization of hope by the professional liberal class serves the dual purpose of assuaging mental health discomforts and repressing tangible action and responses to real crises in the political structure of society. The commodity of hope is an invisible tool for the professional liberal class used to fight against the real alienation experienced from their immaterial labor, but because their basic material needs are met, there’s no advancing past the idealist coping mechanism of their social situation to resolve the structural injustices that are at the source of their grievances. This lays out a situation in which hope is used as an instrument by the ruling class to preclude action against a political system that has abandoned large swathes of its citizens. It’s essential to pacify the public and maintain the status quo by giving people a sense of wellbeing that elected officials and power structures are capable of wealth redistribution and ending discrimination despite the increasing wealth gap and retraction of civil liberties.

In order to properly grapple with the crises facing people, the concept of hope needs to be identified as propaganda. Hope, however, remains prevalent in the American conscious because mainstream media serves the purpose of pedaling the corporate and state propaganda that is hope. They mystify the deterioration of economic disparity and keep the American public locked in a constant state of hoping for change with the next election, which is why Biden expressed his campaign to be about “hope over fear.” The cleverness here is that people want to feel a sense of control and security, and hope fills that role while insidiously pacifying its purchasers. And for the individual, hope is tied to personal expectations that are molded to fit within a capitalist framework, and the failure of not meeting these expectations can result in mental distress.

This sets a cycle of becoming paralyzed to act and a focus on oneself that deters attention away from collectivism and the structures that have resulted in the failed expectations hope was selling. As it currently stands, hope for the better, rationalizes support for believing in the “lesser of two evils” and that drastic and difficult decisions can be avoided. As long as hope is a guiding mantra, the professional liberal class remains sedentary in a way that won’t disrupt their class position and lives, because while their conscious’s may be unsettled, their conditions are satisfied.

The role of the media apparatus is to reduce all forms of solidarity against a common oppressive state to individualist notions of tolerance, and hope plays a crucial role in that narrative. Realigning the ideology of hope can absolve people from moral justifications and individualized expectations. Breaking the hope ideology in its current form will force grappling with the non-abstract material. It is to recontextualize hope from frivolous individuality and make hope exist as realism in a way that empowers action to confront antagonisms that match their brutality. Constructing it as an ideology that inspires action not based on hope, but from the sensation of doing things for the intrinsic value of worth rather than the expectations tied to its outcome.