Dead-set on destruction in the last week of the Trump administration (but only the beginning of the “Years of Trump”). 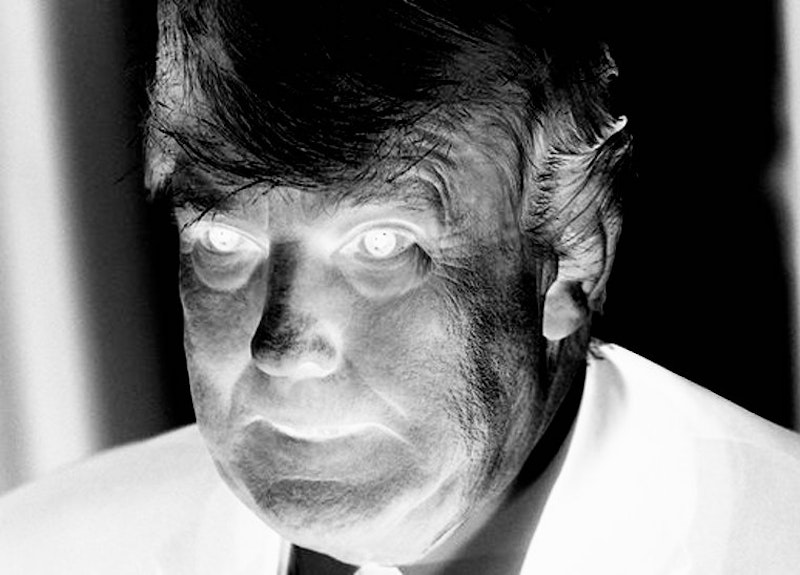 One week until the Biden administration takes power, and one week left for Trump to do absolutely nothing. His precious posting is gone, and his visit to The Alamo was uneventful, under-attended, and barely covered by any media organizations not already in the gas tank of the Trump spaceship headed all the way to Heaven’s Gate. I think that Brace Belden and Liz Franczak were spot-on in their TrueAnon episode “MAGAMaidan,” particularly in focusing on the conviction of the crowd. Ashli Babbit lunged at what she, as a former member of the Air Force, must’ve known was certain death. There was close-up, high definition footage of the shooting minutes after it happened, and as always, it took about eight hours for a name and a DOA confirmation to go through the papers and the shows.

Right before that, around 1:30 in the afternoon, I got a dark feeling after a morning of jokes and mild mockery. All of a sudden, it had Charlottesville energy, and it was only a matter of time before someone got killed and the joke was over. But it wasn’t over, and it hasn’t ended yet—despite the deaths of five people, left and liberal media, along with their followers and sympathizers, are mocking those that died in a bizarre about face from the reaction to the horrifying murder of Heather Heyer in Charlottesville in 2017. The night before, everyone made fun of “tiki torch Nazis,” and the next day someone was dead. Now, you’ve got a guy that tased himself in the balls and subsequently died of a heart attack; and a woman who was trampled to death while carrying a “Don’t Tread On Me” flag.

These are deaths worthy of the Darwin Awards, but I wasn’t aware that Trump’s defeat had turned liberals back onto the causal cruelty of the pre-2014 era, when a song like “Blurred Lines” could be the song of the summer in 2013 with only minor controversy, or a show like The Simple Life or Kid Nation could get the green light from a major network. Words once uttered one can’t say anymore without being fired, shunned, or humiliated, whether justly or not—anyone complaining too much about the rise of “political correctness” in interpersonal interactions is suspicious.

After all, hippies “normalized” long hair on men. I wear my hair long sometimes, and in my relatively limited experience traveling and performing across the United States, I was never seriously hassled like the “longhairs” you see in movies like Alice’s Restaurant, Cisco Pike, Punishment Park, and Zabriskie Point. The sexual revolution and counterculture of the 1960s got a lot wrong and fell apart fast, but we take a lot of basic advancements made back then for granted now.

#MeToo may have produced a relentless stream of insufferable sanctimony, but its impact had a largely positive impact in the long run. For now, things are still so in flux that accusations can be used as weapons and HR departments, still adjusting, are more than happy to pull the trigger and keep accusers happy and settle out of court with possibly wrongfully terminated accused. Tide goes in, tide goes out. Ultimately, women will be able to work without worrying about being hit on by their pathetic male co-workers, or having their employment threatened by wounded egos and a desire for “man talk.”

The DNC is feral right now (“righteously indignant” they’d say), and the level of humiliation and theatrics directed toward Trump and Trumpism in Biden’s first 100 days will be painful to witness. Just like in 2009, they’re going to waste the momentum and true power of the Presidency, the House, and the Senate, but this time, instead of milling about (much like the people in the Capitol), they’re going to rail on about Trump after he’s out of office. They have nothing to say and nothing to offer Americans other than not being Trump. They will, inadvertently or not, make him more of a specter than he already is by making every piece of legislation a referendum on the 45th president. Depending on how things shake out, 2022 could see a red wave like in 2010 or 1994.

But it’s all too early to tell. I don’t feel at all confident in predicting the next week, so I’ll stop here.