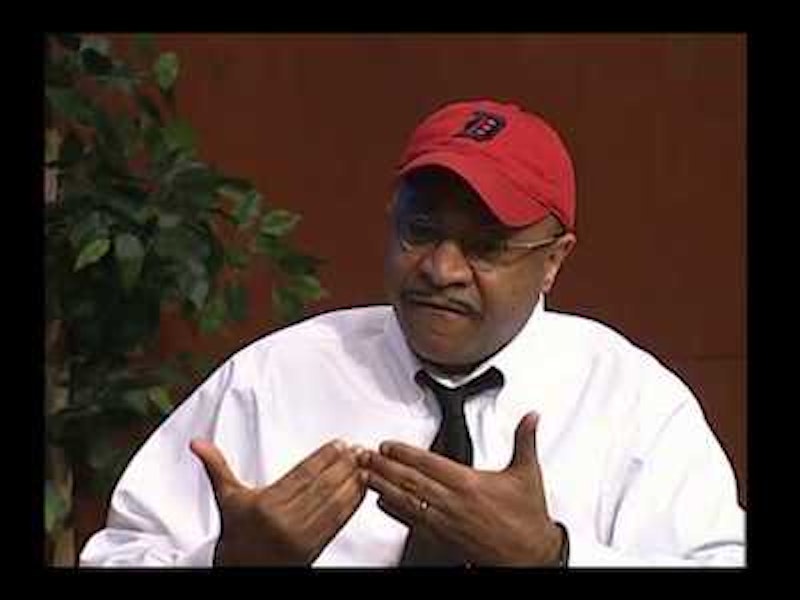 “Men, listen up” is how George Yancy, professor of philosophy at Emory University, began his New York Times mea culpa, “#IAmSexist,” last week. A sage shares some wisdom with the less enlightened in a piece that’s part tutorial and part self-denunciation, long a favored ritual of the Left. The guilty writer’s seeking atonement by making a big deal about being complicit in forcing women to “live under the yoke of our self-serving construction of a violent, pathetic and problematic masculinity.”

Yancy calls for some Soviet-style self-criticism from every single man. He offers us this pompous rallying cry: “So, join me, with due diligence and civic duty, and publicly claim: I am sexist!”

As evidence of his sexism, the writer confesses he fears that he’ll someday lose his “entitlement” as a male, but doesn’t explain what that means. He’s a “sexist” because he selfishly insisted his wife take his name when they were engaged, even though when they did get married she kept her name. “While this was not sexual assault,” Yancy writes, “my insistence was a violation of her independence.” Why would anyone in his right mind who, for a moment, wanted his wife to take his name feel it necessary to tell us that this didn’t constitute “sexual assault”? Even the most crazed, man-hating radical feminist wouldn’t jump to that conclusion. If you’re reading this op-ed and still holding out hope that the professor might have something to offer, this is the point where you should realize that’s not going to happen.

Pivoting to address the women of the world, Yancy writes that he’s failed them through his “uninterrogated collective misogyny,” whatever that might be. Thinking it might be some new feminist jargon I’d missed, I Googled it but found nothing. The phrase certainly has jargon potential though. This paragraph builds like a crescendo of absurdity, concluding with: “I recognize my silence as an act of violence. For this, I sincerely apologize.” First we heard from the Left that words can be violence, which was meant as a justification for the repression of free speech, and now silence can be violence too? In other words, everything can be violence, including doing nothing at all.

Yancy criticizes all men for “our catcalling and threatening,” as if they go hand in hand or are equivalent in any way. This is where the reader’s supposed to deny doing those things, along with the other offenses Yancy’s accusing all men of, including the “dehumanizing and despicable sexual gestures” that he doesn’t explain. But the professor’s ready for this comeback. He believes that every single man—and I’m sure not if this is in the world or just in the U.S.—is at least partially to blame for all of Bill Cosby’s and Harvey Weinstein’s rapes and sexual abuse: “I argue that we are collectively complicit with a sexist mind-set and a poisonous masculinity rooted in the same toxic male culture from which these men emerged.” The professor argues, but doesn’t convince. He offers not a shred of supporting evidence because he’s preaching to the choir—radical feminists who already accept this as axiomatic.

This op-ed reads like parody at the end when Yancy takes us back to when he was a priggish 15-year-old budding third-wave feminist who asked his friend, “Why must you always look at a girl’s butt?” The friend asked him if he was gay—not a completely unreasonable question under the circumstances. This put the author in what he felt was an “unfortunate bind”—either he should “without question objectify girls’ behinds,” or he must accept the fact that he was gay. Yancy writes that boys saying to each other, about a girl, “Look at that butt!” were participating in an act of “soul murder.”

Why is Yancy trying to convince us what a horrible sexist he is when by the age of 15 he was already a woke scold? Imagine how many of us were so much less virtuous than he was at that age, which is exactly why he included that particular anecdote. The professor doesn’t admit to any real unacceptable acts towards women here—unless you think fearing you’ll lose your “male entitlement” is something serious—because this is an empty performance aimed at gaining prestige and achieving moral purity.

With this extended piece of folderol, the professor’s written a cri de coeur for acceptance as a worthy “ally” to feminists, which under the rules of intersectionality means he listens in the back of the room and accepts everything he’s told. Now that Yancy’s groveled and slagged all men off in the New York Times, that phone call should be coming any day now.