Halloweens past and present; busybody schoolmarms; and a strange New York Times article about the Red Sox. 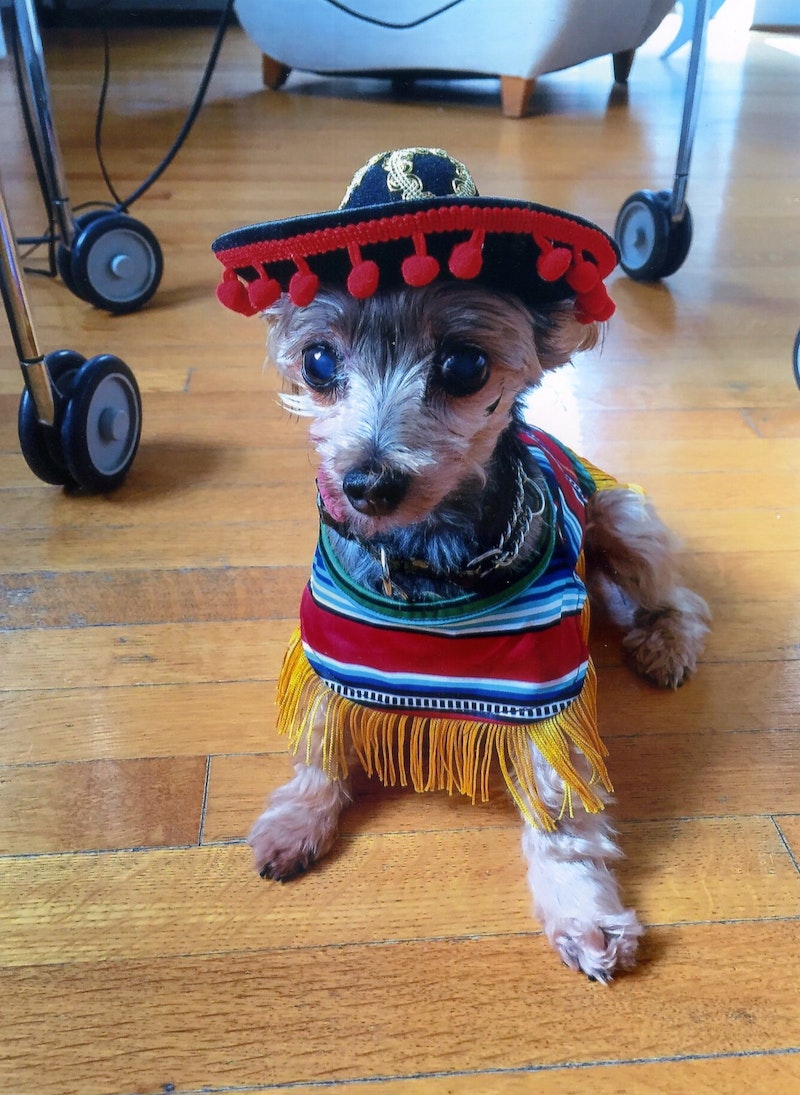 Like most kids, upon turning 12, I retired from the Halloween trick-or-treat candy grab. Later on, I was mystified by the young adult fascination with the “holiday,” including a lot of my friends, who automatically proclaimed it their favorite day of the year. I did check out the annual Halloween parade in Lower Manhattan one time after work during the 90s, at the urging of my buddy Michael Gentile, looked with boredom at the all the people dressed up outside in the cold, and, after he’d had his fill, we settled in at Puffy’s for several rounds of beer. I was a wet blanket, no doubt, but that’s not the bag I was in. The 4th of July, definitely, especially in New York before Rudy Giuliani cracked down on easily-accessible fireworks in Chinatown, and of course Christmas for all the usual reasons—the scent of pine, a brief suspension of time from the routine of daily life, the legitimate good cheer on Christmas Eve, and later, watching our kids drop their jaws looking at the tree early on Dec. 25th.

I’ve never seen the original Halloween—and certainly have no plans for the new one—but then, unlike my younger son, my patience for horror films is non-existent. In 1976, I saw Carrie and didn’t get what the big deal was (aside from the introduction of Sissy Spacek), and one midnight viewing of The Rocky Horror Picture Show was enough for me. Some may call it a gap in my understanding of pop culture—similar to never seeing any Star Trek or Star Wars films—but there’s simply not time to consume everything. I’m still a bit freaked out, 10 or so years ago, when taking my son to the Otakon convention in Baltimore, and witnessing grown adults dressed in anime costumes, some even outfitting their infants, while in their strollers.

No harm, no foul, I think, realizing that most of the country isn’t as slavishly devoted to the Boston Red Sox as me—I watched every inning of the playoffs (except the 18-inning marathon last Friday night, when I conked out after the 13th at 1:45 a.m.) and most of the regular-season games. Some say baseball’s boring, moves too slow, and glorifies grown men—very rich men—playing a kid’s game, but to me it’s a wonderful diversion, or activity, and I’m bummed the season’s over. An historic season for my team, of course, but it also means winter’s around the corner, it’s colder, and daylight becomes more and more scarce until the winter solstice.

Tangentially, there was a weird article in The New York Times the other day by the usually excellent sportswriter Will Leitch that asked if Boston fans—Sox, Patriots, Bruins and Celtics—are sick of winning. Of course not. Do Yankees fans ever expect not to win? Leitch is a St. Louis Cardinals diehard—a team that’s always in the hunt—and ought to know better. And, typically in a Times essay, politics has to seep in. He writes: “[Boston fans] have been given, and given, and given, and they still want more. But that is sort of this moment in America, isn’t it? We’ve become a country of Boston sports fans. Squint, and Red Sox fans start to look a lot like baby boomers, gifted, over the past two decades, with as glorious and bountiful a harvest as any generation has ever been but unable to overcome past slights enough to concede an inch to time, history or any sort of equality for anyone who is not them.”

What the fuck does that even mean? I’d guess that millions of Boomers, including Boston sports fans, would wonder when that “bountiful harvest” is going to knock at their doors.

Back to the “holiday,” in our neighborhood, I don’t suspect we’ll have many kids ringing the doorbell on Halloween, since the houses aren’t clustered together like in my youth. Suits me, although to be fair, it’s my wife Melissa who handles the candy-giving chores, and she does like seeing really little kids in their costumes. This year, our family dog Celery will be spiffed up in a Mariachi costume (pictured above), though since she’s about six pounds, has no choppers and is afraid of her own shadow, there shouldn’t be any kind of scene.

I sure hope no minding-everyone-else’s business parent doesn’t report us for allegedly making fun of Mexicans, but with all the controversy over what outfit is or isn’t “appropriate” in these angry times, nothing would surprise me. (Man, people are nasty: just last Saturday, I was exiting the Charles Theater after seeing the very good Jonah Hill film Mid90s, and a few feet from the door lit up a cigarette. Two busybodies, about my age, gave me a stern look, and one of them said, “There’s no smoking in here!” No shit, buddy, I’m five feet from the great outdoors, so keep your gratuitous schoolmarm comment to yourself.

Anyhow, when I was a kid, and at an age where my parents let me choose what to wear for making the Halloween rounds—I was about eight, I guess, since they didn’t really give two hoots—every year I was a hobo, wearing some old clothes of my dad or an older brother, burned corks to smear smudges on my face, a moth-eaten hat and a pillow-sack to collect the loot.

I’d travel in a pack of four, and we’d work with military precision: up and down hills, careful never to repeat a house, moving briskly, giving extra thanks for a big Hersey or Nestle Crunch bar (this was before all the mini-candy bars were sold), and waiting till out of earshot before griping about a cheapskate. We’d make pit stop at our homes around eight p.m., and then do the mop-up work. It was a bonanza, a Lotto win, a load of fun, and then one year, like an eyeball-pop, the whole practice struck me as unimaginably gauche.