The default’s now attributing the worst motives to people instantly. 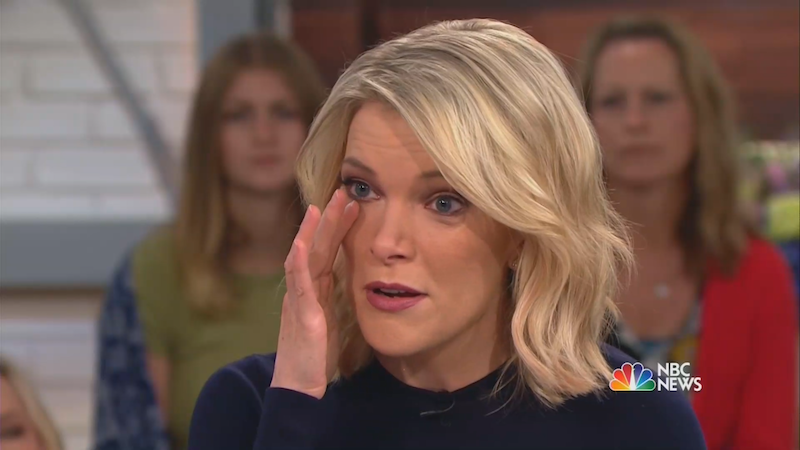 What happens when you combine the unfortunate reality of the human brain’s “negativity bias”—it’s built with a greater sensitivity to negative news than positive—with extreme political polarization? An environment in which people are never given the benefit of the doubt if they’re perceived to have committed a political faux pas. You can’t get a break if you’ve misspoken or haven’t chosen your words carefully enough because both sides are panicking that we’re on the edge of the abyss. In such an atmosphere, trying to find a positive motivation for political opponents’ actions can seem almost suicidal.

Political strategists favor negative advertising because that’s what works, even though it divides people in the long run. There’s actually a greater electrical charge in your brain when you’re exposed to negative news than positive. It’s related to the survival instinct—your brain needs to be more alert when there’s a threat than when there isn’t. The negativity bias, by its very nature, is a two-edged sword that can either work for or against you. At the moment, it’s doing more harm than good. Is that, like Donald Trump, a symptom or a cause of these turbulent times?

Just the latest person to get sliced up by negativity bias is Megyn Kelly, who recently spoke on her NBC show about how it was okay when she was a child to dress up on Halloween by darkening your skin if you wanted to pay homage to a black person. She also mentioned a reality TV personality who did this because she liked Diana Ross and wanted to look more like her for a few hours on a holiday. These are not examples of “blackface.” One of the mistakes Kelly made was using that word when it didn’t apply, which provided an opening for all the self-deputized speech police waiting to pounce.

NBC News Chairman Andy Lack slammed Kelly after she’d apologized. “There is no other way to put this, but I condemn those remarks,” he said. “There is no place on our air or in this workplace for them.” Lack then praised NBC’s Al Roker and Craig Melvin, who threw their colleague under the bus without asking her what she’d meant, calling her words, “ignorant” and “racist.” Roker demanded another apology. Maybe that’s the new rule—one apology on national TV isn’t sufficient. Anyway, even 10 wouldn’t have been enough for Kelly, who’s lost her morning show.

When she left Fox News last year, Lack decided it was a great idea to give Kelly a huge contract to do something she wasn’t particularly well-suited for—being the friendly, unthreatening morning TV face, like Katie Couric, that puts you in a good mood before you head off to work—and now he sees a great opportunity to void that contract. Roker and Melvin are merely trying to burnish their “woke” bona fides because they’re opportunists too. They pretend to speak for all black people, which is not the case. It’s been a depressing spectacle, but just par for the course.

Few pause for a moment to ponder what someone really meant to say. There’s a lot to gain by not granting the benefit of the doubt in the current call-out culture. If you’re wrong, you’re never held to task. There’s a moral hazard that removes much of the risk from unfairly attacking people. Look at all the prominent conservative pundits—Ann Coulter, Rush Limbaugh, Kurt Schlichter, Dinesh D’Souza, etc.—who immediately said that the recent string of bombing attempts was a Democratic ploy, and how it won’t hurt their reputations even now that the suspect in custody’s a registered Republican.

The default’s now attributing the worst motives to people instantly, but the negativity between opposing political sides in a nation has to be counterbalanced by a degree of positivity if political discourse is to remain viable. The outer limit of the negativity-to-positivity ratio is difficult to quantify, but we’re way beyond that point now.

People spend time in front of a mirror every day, because they have to look presentable, but almost no time on self-reflection because it’s so easy to just follow your crowd. The U.S. is a “Christian nation” in name only, as nothing could be less Christian than tearing someone down just because you can, or because it builds you up.

Looking for the bad—attributing to malice what might actually be ignorance or insensitivity—all the time means we’re creating the worst possible version of ourselves. Occasionally you’ll see people seeking redemption publicly apologize—they look in the mirror one morning and don’t recognize what they see. Often they let this happen by reacting to what others were doing instead of following an inner moral compass. That’s what’s happening in the U.S., but with Donald Trump as president there isn’t much hope that people will start “looking in the mirror” for other reasons than to make sure their hair looks okay.