A major literary figure has his life destroyed by a debunked rape accusation, receives no due process. 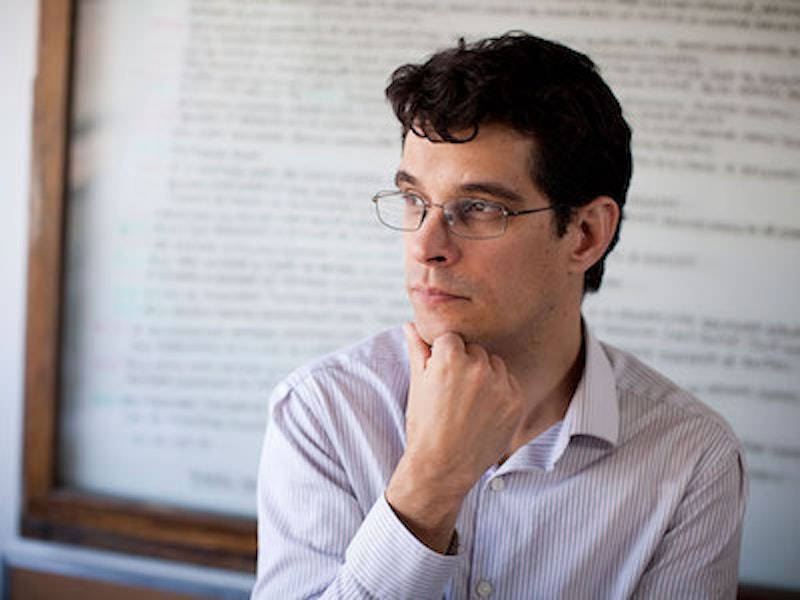 Once-celebrated Canadian novelist Steven Galloway has just announced he’s suing 20 people for defamation, including Caralea Cole, the first woman to step forward and accuse him of sexual offenses three years ago. Galloway’s Kafkaesque nightmare began in 2015 at a Holiday Inn in Dayton, Ohio, where he’d traveled to give a lecture. He received an email from his employer, the University of British Columbia, informing him that he was being investigated for sexually assaulting a student—he was now under suspension from his position as chair of UBC Creative Writing program.

Needing to talk to someone, Galloway phoned a friend of 15 years, Annabel Lyon, who taught in his department. She hung up on him, but emailed him several hours later, asking him to call her. When he did, Lyon put him on speaker phone so two other UBC employees could listen in. During the conversation, one of those two employees called the Ohio police and told them Galloway was a danger to himself, although Galloway claims that he told them that he was not suicidal. The police arrived and called Lyon who, according to the police report, told them that the author was suicidal and would tell them anything to get his way. The police then took him, against his will, to a local hospital where they had him incarcerated on a 72-hour psychiatric remand. The author may not have been suicidal that day, but he was about to undergo an ordeal that would soon change that.

Caralea Cole was known, to protect her anonymity, just as “MC” when she made her allegations. Despite the fact that there was no evidence to support MC’s accusations, a whispering campaign—although often more overt than mere whispering—began on campus based on the assumption that Galloway was guilty. The author’s reputation was soon trashed. UBC Dean of Arts, Gage Averill, posted a memo stating that he was acting in the interests of the “safety” of students and faculty, indicating that Galloway was an imminent danger. When he spoke to the media, Averill cited only “serious allegations.”

UBC finally realized they needed to conduct an official investigation, a job they gave to former BC Supreme Court judge Mary Ellen Boyd. On June 22, 2016, UBC’s Vice President of External Affairs, Philip Steenkamp, announced that Galloway had been terminated without severance after the completion of Boyd’s months-long investigation had revealed “a record of misconduct that resulted in an irreparable breach of the trust placed in faculty members by the university, its students and the general public.”

After the initial allegations against Galloway, former UBC Creative Writing Department student, Chelsea Rooney, who’d later tell a reporter that she “had a rage-filled, alcoholic father who beat and raped our mother in front of us,” asserted that Galloway had violently raped a student four years earlier. She also announced 19 other former or current UBC students would be coming forward with allegations of abuse against Galloway. Eight did come forward, including Rooney, and Boyd dismissed all of their allegations after interviewing them. There’s no evidence indicating that the other 11 accusers even exist. Rooney released a voicemail purportedly of Galloway apologizing for raping MC, when in fact he was apologizing for carrying on a two-year affair with her. Galloway used the phrase “turn myself in,” which he said referred to admitting to his superiors that he’d had an affair with a student (MC was five years older than he was), but says this got twisted into making it seem like he was talking about admitting a crime. That tape got played around campus and made quite an impact. MC has never filed a criminal complaint with the police.

Despite Dean Steenkamp’s claims, Boyd determined that MC’s claims could not be substantiated, even by using the lower civil standard of “on a balance of probabilities.” The only allegation she found substantiated was that Galloway had had an inappropriate relationship with a student several years older than himself—Caralea Cole, aka MC. This is Boyd’s assessment of Rooney after interviewing her about her accusations against Galloway: “Suffice it to say that I found AC5 [Rooney] a biased witness, who has perceived every minor incident here through her own tainted lens. I am unable to place much, if any, weight on her evidence.”

Galloway turned over 250 pages of text messages between himself and MC to the police. A year after Galloway had allegedly attempted to rape her on his boat and throw her overboard, MC texted to ask if she could write on his boat for a few hours “because it’s not safe to be at my house.” MC claimed that Galloway, who was an instructor at the time—raped her after drugging her in his office during regular school hours—just before the writer Miriam Toews was to do a public reading. Judge Boyd found this not to be credible for a number of reasons, including the fact that Galloway had invited a number of students to drop by his office before the reading to pick up reference letters he’d written for them. It’s nearly inconceivable that he’d choose such a time to drug and rape a student in his office. MC attended the Toews reading after waking up from what she characterized as an unconscious state.

Steven Galloway is (or was?) is a big deal on the Canadian literary scene. His third novel, The Cellist of Sarajevo (2008), an international bestseller sold in over 30 countries, was nominated for the International IMPAC Dublin Literary Award, and won the Borders Original Voices Award. Novelists Margaret Atwood, Michael Ondaatje, and David Cronenberg are just three of the signatories to an open letter by artists decrying the lack of due process Galloway was granted. An arbitrator has awarded Galloway $227,000 in damages from UBC, but he says he’ll soon be bankrupt. He can’t teach any more, or even write. His wife has had to take care of their children because he’s been incapacitated by depression.

What does “an irreparable breach of the trust” even mean? UBC won’t announce why they fired Galloway, only saying that they found evidence that wasn’t presented to Judge Boyd. If they had anything serious on him, they’d release it. In a now familiar pattern, Galloway’s supporters were vilified as “rape apologists.” When Margaret Atwood tweeted that “no one can be asked to believe or not believe a package of unknown things,” Chelsea Rooney replied, “I…strongly disagree. We can be asked to believe a person who reports sexual assault. And we can believe her. And we do believe her.”

That sums up the downside of #MeToo, which when it goes wrong and gains momentum can’t be stopped. At a certain point, people have no interest in the actual facts. When you believe every single accusation, despite evidence presented by an expert to the contrary, you’re in cult territory and don’t care whose life you ruin.