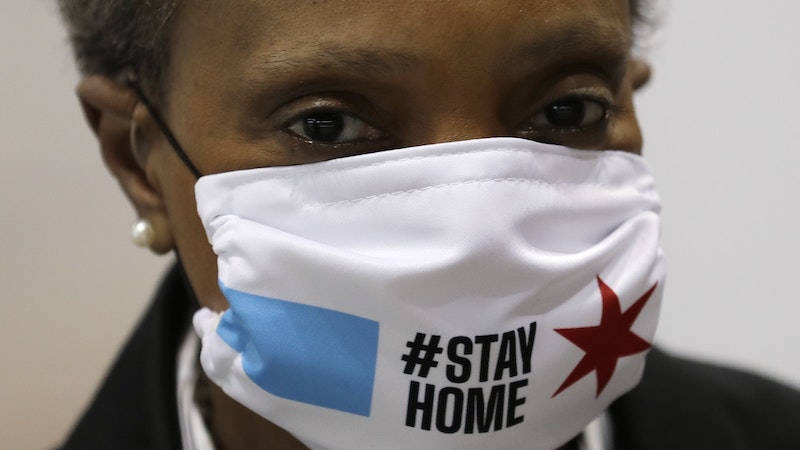 As Christmas approaches, Hanukkah arrives, and Thanksgiving feels like two weeks ago (because it was), there’s still nothing to talk about. News is taking its regularly scheduled November-January break in a presidential election year, when the sitting president does little and the president-elect does even less. Everything recedes in this timeframe, and there’s no news, none of the urgency of every screen before November 7, 2020, when Joe Biden and Kamala Harris were declared presumed winners. And they are both TIME Person of the Year, because Biden’s only a shell of a man at this point. You may have heard that he had a brief hospital visit due to a “twisted ankle” sustained while “playing with his dog.”

Of course it came out a few days later that Biden simply fell in the shower, like a lot of elderly people do, and he hurt himself—badly enough to warrant a visit to one of the best hospitals in the world. I wonder how Barack Obama would take a porcelain dip at the ripe young-old age of 59? He’d be fine: the guy’s in excellent shape physically and mentally. Didn’t you see him drain a free throw? “That’s what I do!” Yes, thank you for reminding us before you recede into the shadows of memoir and Netflix subterfuge that more and more resembles the safe and sensitive cult medicine alternative to what will surely be the nasty potion of Trump-affiliated media about to boom.

Or not. A single Trump term leaves no one happy: Biden was no one’s first choice, despite what liberals must tell themselves in order to soldier on and bear life unto death, they must swear that they love “Uncle Joe,” and that they love when he “misspeaks” because it shows vulnerability and gives courage and confidence to the kid with the stutter—you know, a stutter, a speech impediment, a condition that Biden has been widely known to have for his entire political career, spanning over five decades now. And now he brings us what Trump started, the product of Operation Warp Speed: vaccines for COVID-19 will distributed to the American public for the first time today, December 14, 2020.

I hope nothing goes seriously wrong.

Until then, we can speculate about our social reality and its future. Those who determine when there will be news and what news there will be are professionals who are able to work and shop from home. Those who have personal shoppers, cooks, and chauffeurs have just been joined by middle-level professionals who are able to work from home comfortably and get their groceries delivered by Seamless, DoorDash, UberEats, Amazon, et al.—personal shoppers without salaries or benefits. The less these people have to go outside, the less their news will resemble our reality.

Walking into a New York City subway or driving down a Baltimore highway may become more and more hallucinatory: one billboard assures the public that you should never be ashamed of a casual interest (or even a strong curiosity) in polyamory, the other commands us to shoulder the burden of the pandemic on our shoulders—“WASH YOUR HANDS,” “WEAR A MASK,” “STAY INSIDE,” “WHY AREN’T YOU AT HOME?”—reasonable reminders in a healthy society, but unless one is attuned to increasingly out-of-touch and blinkered media makers, these messages appear out of the blue, as if dropped from the sky by some cruel sarcastic god.

The oncoming age of austerity will still be full of seething aggression, not open or revealed and or something we can examine and talk about and look at in the light, not just mock as the symptoms of one “Orange Bad Man.” Trump’s idiosyncrasies (to make a broad generalization) are the inverted skin of a person who wants to become president. This or that one may be more “noble”—whatever that means, but it’s a cliché to say that anyone who wants to be president must be insane or evil, someone you wouldn’t trust. In Trump we had a stunning embodiment of that idea, and with Biden reduced to the movements and actions of a houseplant, will remain in limbo along with his inevitable successor, Harris.

Recent reports of Sen. Dianne Feinstein’s noticeable “cognitive decline” are reports we wouldn’t have gotten before November 3, given Biden’s own precarious physical state. But this is the trial period, the interregnum between terms, the time to try new things out. During the Trump era, there was an abundance of ready-for-TV NEWS! that didn’t have much depth beyond the salacious slug- and headlines: “Shithole countries,” “Bleeding from her… wherever,” the Steele dossier, meeting with Kim Jong-Un at the DMZ, private conference with Vladimir Putin, throwing paper towels at hurricane victims in Puerto Rico, “Covfefe”… The gravity of these stories vary, but their entertainment value is pretty consistent.

But Biden isn’t Obama, and there’s no new source of juicy material. If the networks turn to whatever Trump’s doing, they’ll probably face a backlash from those who are tired of him and those who don’t think he deserves a public forum because he’s “toxic.” I’d be surprised if MSNBC starts covering Trump in 2021, but then again, what’s Biden going to be doing that they can get excited about? Denying more stimulus checks? Bombing this country in the Middle East and funding a coup in that country in South America? Maddow and Hayes and the rest of the pack will fall in line just as Fox did after Trump won, and continue to broadcast as if they’re not in power.

I pass a sign often here in Baltimore outside someone’s house that reads “1-20-2021 END OF AN ERROR!” This is on a major avenue with majorly fucked-up construction on it right now— prime real estate for magic marker opinions. Already for nearly a year, we’ve had to deal with idiots who feel compelled to deputize themselves and “do what I can to stop the world from falling apart,” so that their neighbors don’t die and they don’t starve. That’s a noble pursuit, but to talk about it is so vulgar and disgusting, and though no good deed goes unused, it’s best they go unnoticed, as glory is a worse sin than gluttony.

Once the “national mask mandate” kicks in—(what does that phrase mean? Does anyone know? Why has there been so little messaging from the government regarding COVID-19? Why have Americans been forced to get most of their information about the pandemic through media outlets and word of mouth? Does a “national mask mandate” mean everyone has to wear a mask outside at all times? Or just inside businesses? Because hasn’t the latter been required for nine months now? Are they too afraid to say they’re going to make everyone wear masks outdoors at all times?)—how many new “Karen” incidents are we going to see?

Not just white women, no (apparently they have enough going on with the dogs lately), anyone can be a victim and a predator in the game of media virtue. People “flagrantly” not wearing masks could be a new source of fuel for television producers, and there’re always insane people on overcrowded airplanes and bus terminals. But that’s cheap stuff, stepped on—it’s going to be hard to come down from the five-year high of a Donald Trump campaign and presidency, when the news wrote itself.

In the next year, you’ll see people become meaner and meaner, as money runs out and food becomes scarce, and expectations diminish along with opportunities. But what is there to be mean about? Nothing. For most people, yelling at clouds beats staring at them.\