Booze Kills, But Who's Buying? (Everyone)

When was the last time a politician took any serious action regarding alcohol abuse? 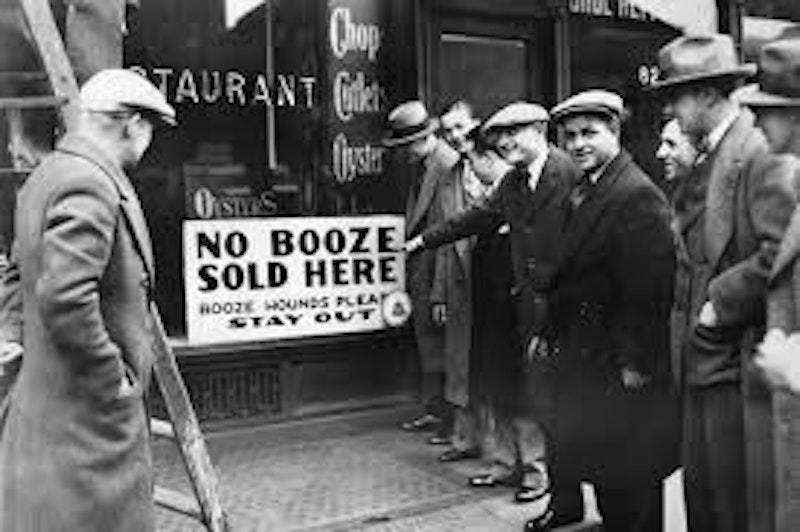 Excessive alcohol kills more than 95,000 Americans each year, according to the Center for Disease Control. That's more than the 67,367 drug overdose deaths the country had in 2018, and more than double the amount of opioid deaths (46,802). Not to mention alcohol has ruined countless other lives for countless reasons.

When was the last time a politician took any serious action regarding alcohol abuse? When was the last time they gave curbing alcoholism any serious thought? It's one major issue in the United States that never receives their attention. Splice Today's Russ Smith has pointed out the hypocrisy in politics when it comes to tobacco use and alcohol. For example, he once noted that television ads for tobacco are illegal in the United States, but ads for alcohol are everywhere. It's a way to limit people's exposure to tobacco to deter use and yet, alcohol ads are rampant on television. If you watch an NFL game, you’ll see that. Alcohol ruins lives, but the NFL makes big money off their Budweiser sponsorship and alcohol sales at stadiums. As they push that substance onto you, at least you can take solace knowing they wrote Black Lives Matter in the end zone.

Additionally, we've seen politicians take other actions to deter tobacco use. Whether or not the actions are good or bad is a different question: some could help, others might not. For example, the federal government raised the tobacco use age to 21, some states have banned flavored tobacco products or temporarily banned vaping, and some in the federal government want to ban menthol cigarettes and raise the excise tax on vaping products (but not analogs).

So what's the response to alcohol? In the pandemic, some politicians on the Right pay lip service to it. They list it among a few reasons why they think the government shutdowns are bad along with drug overdoses, suicides, and domestic violence. However, the policies we’ve seen tend to be pro-alcohol.

We have seen politicians legalize at-home delivery of alcohol, others want to legalize happy hour, loosen laws that allow people to order alcohol with their takeout, and earlier this year New York governor Andrew Cuomo wanted to let movie theatres sell alcohol. That's not to say every measure is good or bad, but it shows they have no problem expanding access to the product. A few towns in my home state of Massachusetts have taken action against alcohol by trying or succeeding to ban nip bottles and at the state level, some want to put a nickel deposit on them, but the main purpose seems to be to deter littering.

A prime example of where combating alcoholism could be a winning political strategy is New Hampshire. They have state-run liquor and wine outlets, and have the highest alcohol consumption rate in the nation; it’s an example of the government caring more about revenue than it does about its people. In the run-up to the New Hampshire primary, many in the media recommended that politicians talk about the opioid epidemic. That’s good. However, alcohol’s a worse problem, and one I don’t think anyone recalls coming up in the primary. That’s the case even though alcohol makes the opioid crisis worse. About one in five opioid overdose deaths from prescription drugs occurs due to excessive alcohol intake.

At least limiting children’s exposure to alcohol seems like a winning issue. Banning television ads isn’t a bad idea, nor is banning advertising on infrastructure that receives federal funding. That’s because kids seeing these ads leads to higher use later on in life. The state also ought to protect people from gambling while consuming alcohol—whether that’s scratch tickets, Keno, or a casino. If they gamble on their phone while drinking, at least the rules deter some people. And as someone who hates Hollywood, I’d love to see the state step in and ban drinking and smoking scenes from television shows and films intended for children. It could deter future use, and piss off celebrities who don’t use their platforms to fix problems they can control—like exposing minors to illicit substances, and their industry fucking over taxpayers with film tax credits.