Why Won't Charles Blow Discuss the Science of the COVID Vaccine?

Instead, he spreads fear in The New York Times. 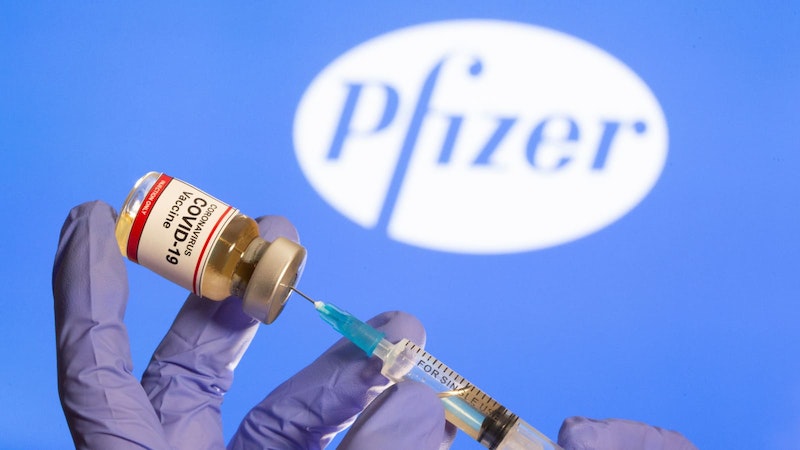 New York Times columnist Charles Blow recently wrote "How Black people learned not to trust," an accurate, disturbing listing of the historical wrongs that the medical establishment and government have perpetrated on African-Americans. Back in April, Blow's column, "The racial time bomb in the COVID-19 crisis," explained how blacks are now hit especially hard by the coronavirus because of generally poorer health and less access to health care. This situation is troubling, but it's troubling as well that a prominent African-American Times writer who knows that the only way to defuse this "time bomb" is for black people to get vaccinated still chose to write something that will only discourage this necessary action. This is not responsible journalism in the midst of a pandemic.

Blow cites a Pew Research report stating that 71 percent of black people know someone who has been hospitalized or died as a result of the coronavirus. The corresponding numbers for Hispanics and whites are 61 percent and 49 percent, respectively. The writer mentions James Marion Sims, a doctor who, in the mid-1800s, performed medical experiments on female slaves without administering anesthesia because he didn't believe that black women experienced pain like white women do. After slavery was abolished, white doctors refused to see black patients, and white hospitals wouldn't admit them. The government did little to see that health care was provided to the freed slaves, prompting a crisis among black people.

In 1932, the Public Health Service, working with the Tuskegee Institute, lied to hundreds of black men, telling them they were being treated for syphilis. In fact, they were being observed to see how the disease would affect their health. Blow also cites a September report by The Intercept stating that "between 1930 to 1970, 65 percent of the 7600-plus sterilizations ordered by the state of North Carolina were carried out on black women.”

These shameful chapters in American history that Blow recounts about should never be forgotten, but the last one ended 50 years ago, and he doesn't provide one reason why a black person should get vaccinated as soon as possible. The takeaway from reading his column is that nothing's changed since then, so black people should be wary of this vaccine. He writes, "I hope that America can overcome black people’s trepidations about this vaccine, but it is impossible to say that that trepidation doesn’t have historical merit."

The writer "hopes" that America can overcome this critical situation, but he's not willing to use his platform to lend a helping hand, even though black people have been dying from COVID at over twice the rate of whites.

Compare Blow’s message to that of Ernest Grant (also black), the president of the American Nurses Association Association. Grant acknowledges that "there's a well-documented history of blacks being used in experiments," but he's still participating in a long-term trial of the Moderna vaccine because he wants to show that vaccines are safe for black people. Moderna has stated that only around 10 percent of its 30,000 participants are black. As 13.4 percent of the Americans are black, that's an underrepresentation that's reflective of, as FDA statistics show, black people being more hesitant than any other group to participate in such trials. Blow's working to encourage that hesitancy, while Grant's trying to discourage it, as is Dr. Cozzette Lyons-Jones, an African-American M.D. who said, "It is a challenge and it hurts to see the people who need it the most struggling with whether or not they will accept this vaccine. We are dying disproportionately." Cozzette-Lyons is aware of the bleak historical picture Blow paints, yet she has enough perspective to advise black people against letting it influence their judgment on vaccinations.

According to a Pew Research poll, more than 80 percent of Asian-Americans have indicated they’d get a COVID vaccine, but only around 40 percent of African-Americans said they'll get it. The other 60 percent need to hear from knowledgeable black people that the vaccine is safe. This isn’t a time to dwell on the past. Dr. Lyons-Jones said she's confident that any vaccine that’s approved will be safe. Ernest Grant urges black nurses to do whatever they can "to help dispel myths and uncertainties and disseminate culturally relevant information." Charles Blow writes often about social justice issues. By focusing only on a dark history instead of joining the effort to educate the people who need the vaccine the most, he appears more concerned with staying "on brand" than doing what he can to save lives. Blow's writing for a "pro-science" publication, but doesn't want to discuss the science of the COVID vaccine.