Get in the Ring

No technical fix for tech authoritarianism. 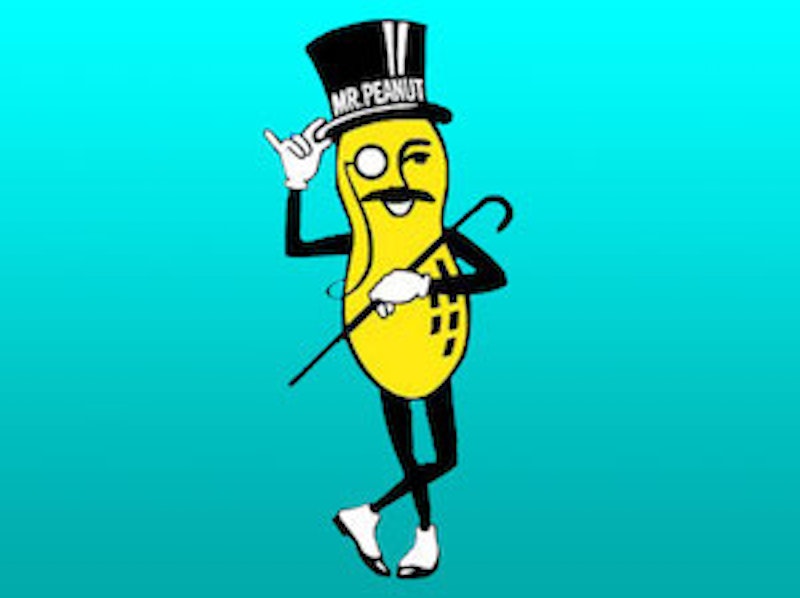 A Vice writer was permanently banned from Twitter last month for repeatedly threatening to kill Mr. Peanut, the Planters Peanuts mascot—who doesn’t exist but was once called America’s “most respected legume-humanoid” by columnist Jonah Goldberg.

As a person increasingly agnostic about an increasingly strange world, I can’t say with confidence whether threatening an imaginary character warrants a ban, but I’m willing to say this is the sort of nuanced question that shouldn’t be settled by the government, regardless of whether people from the right, left, or center call on government to be the referee.

That’s why these decisions have to be left to companies, no matter how annoying they may be—so long as they don’t lie about their methods, which is fraud (and if that standard means locking up half the businesspeople in America, I wish to make it clear that’s compatible with a proper understanding of libertarianism). Assuming social media companies are (or become) honest with customers, though, you have no ethical choice, if you wish to counter their immense cultural and political sway, but to get in the ring and argue with them and their users—or to start your own dissident platform.

Government can’t save you, not if your goal is purportedly to avoid authoritarian or socialist government. Every social complaint made in a governmental—or sometimes it even seems any political—arena spawns a corresponding authoritarian legal proposal, almost always a stupid one.

Take idiot Sen. Josh Hawley, who was riding high just a couple of weeks ago, as I wrote then, after a speech making him look like a leader of the current nationalist/populist wave in politics but who almost immediately afterwards revealed his pettiness by suggesting the federal government ban “addictive” features of social media websites such as being able to scroll downward forever. In Hawley’s mind, the infinite scroll is practically Satan’s endless fall from Heaven in Milton. But it’s none of his goddamn business. It’s time for nationalists to exit and free-marketeers to return to prominence.

And if you’re a Republican naïve and amnesiac enough to think that only people culturally sympatico with you, such as Hawley, are likely to concoct tech regulations, keep in mind the liberal New Yorker magazine just ran a piece lamenting that we should’ve banned automobiles 100 years ago. You don’t want to get into a race with the left to see who can come up with stupid authoritarian regulatory ideas fastest.

It’s frustrating watching computer and communications technology itself used in a quasi-authoritarian fashion after those years of giddy optimism in the 1990s when we thought such tech would almost inevitably serve the cause of liberty and individual expression, almost never the cause of censorship. In the past few days YouTube banned the child political comedian Soph and Twitter banned accounts with the fairly moderate political message “Demand Voter ID,” but don’t kid yourself that Congress would ban any less often or ban more wisely if it were calling the shots.

You might be tempted to ban, say, Keith Edwards from the Speaker’s Office of the New York City Council for tweeting misleading stats that make the U.S. look like the only country with a couple of hundred annual “mass shootings”—contrasted with Brazil purportedly having only one and Mexico three, even though Brazil’s murder rate is over five times that of the U.S., making artful definitions of “mass shooting” a tad fishy. But Edwards probably has more friends in government than you do, and if you fight him in the legislative arena, the odds are you—and truth—lose and he wins. In the marketplace of ideas, by contrast, you might beat him, or at the very least be able to keep complaining about him, if not on Twitter then on numerous other platforms.

It’d be nightmarish if the U.S. legitimized the idea of government regulating online content at precisely the time we ought to be wary of governments such as, say, China’s silencing online voices from a newly-rebellious Hong Kong. Further, you don’t want to complain about social media platforms so much that you start looking as whiny as Kamala Harris supporters, who laughably warned after her poor debate performance last week that Democratic presidential rival Tulsi Gabbard might be getting an unfair boost from “Russian bots” on the Net. Fight, don’t whine.

Another panicked Harris fan, anti-Trump conspiracy theorist Seth Abramson, went so far as to insinuate that if Harris drops in the polls because she got shellacked by Gabbard, it will be a victory for Putin, since—get this—Russian trolls in 2016 sometimes made online remarks that may have discouraged some blacks from voting, and Harris exiting the primaries might also discourage blacks from voting, so, by the transitive property, any attack on Harris is a triumph for the Kremlin. Q.E.D. This is where whining instead of explaining your favorite candidate’s creepy drug-warrior political track record gets you. (And many people trust this Abramson yahoo to explain the intricacies of the Mueller Report to them.)

Before you entertain more fantasies about government wading into these sorts of arguments, keep in mind how government responded to the Gabbard-Harris tiff: The California Department of Corrections obligingly removed arrest records from the period of time Harris was attorney general there, right after Gabbard said that record should be reexamined as draconian. That’s government refereeing debate for you, and that’s always going to be how government referees debate: by covering the asses of the centrist authoritarians who run the establishment. Don’t hand them any more power.