What happens after a free election is prevented or overturned? 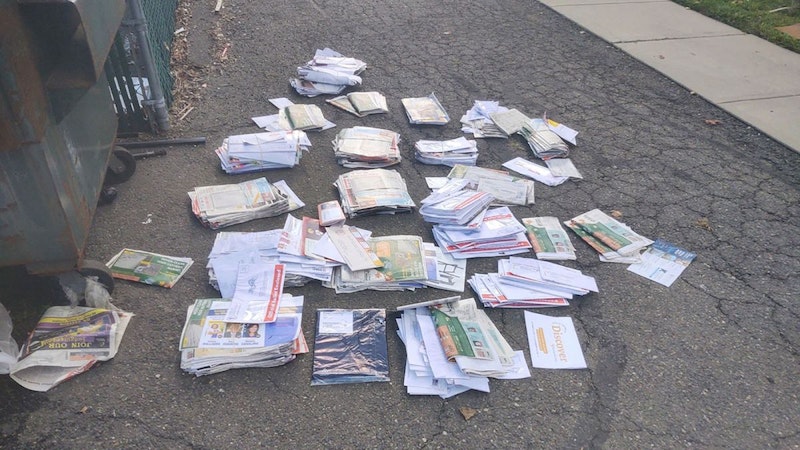 What if democracy in America collapses? Discussions about threats to democracy, including my own writing on the subject, haven’t dwelled on what would happen after such a downfall. It’s a question that’s unpredictable, but that nonetheless can be approached in an analytical manner, in particular through consideration of scenarios.

Scenario analysis involves analyzing a situation or issue in terms of a range of possibilities of what might happen and sketching out what each of those prospects would entail. It can be a useful method for getting some handle on prospective events that are complex and unpredictable, especially when there’s some plausible range of things that could happen but little certainty as to which outcomes are more likely or not.

My interest in scenarios was piqued by journalist and consultant Joel Garreau’s 2005 book Radical Evolution, on how technology might transform humanity. In the book, which I reviewed for Scientific American Mind, Garreau described a “Heaven” scenario where people become smarter, healthier and happier through high-tech enhancements; a “Hell” scenario where tech tyrannizes or destroys; and intermediate possibilities he labeled “Prevail” and “Transcend.”

In 2014, I talked with Garreau about a scenario-building exercise he’d done regarding the U.S. population’s aging, which I discussed at Research, a magazine for financial advisors, where I was an editor. Here, Garreau’s focus was on how medicine and technology might change health and longevity. “Drooling on Their Shoes” was a scenario where many lived longer but in poor health, while “Live Long and Prosper” had health advances keeping up with lifespans. Other scenarios included incremental “Small Change” and one where humanity nears “Immortality.”

When I asked Garreau which of these was most likely, he said that was a “dumb question,” as the point of scenario thinking is to be prepared for a wide range of possibilities.

Below, I offer my own exercise in scenario-building regarding the aftermath of a possible collapse of democracy in the U.S. In keeping with the scenario mindset, I don’t suggest that any of the scenarios below are likely or not; only that they all seem worth considering.

My focus on this subject is driven by Donald Trump’s effort to overturn the 2020 election by substituting invalid vote counts and electoral votes for authentic ones. This lends itself to a concern that he, a possible Republican nominee in 2024, will attempt a similar gambit again. Still, in attempting to think through possibilities, I don’t rule out that a different candidate—Republican or Democrat—will attempt an unconstitutional power grab or that the specifics of the effort might differ considerably from what occurred in 2020.

Here are five scenarios to consider for what could happen after an election (in 2024 or later) has been successfully overturned or prevented, such that someone who didn’t win the election attains or holds the presidency anyway.

Autocracy Forever. In this scenario, a non-elected President wields authoritarian power on an ongoing basis. The administration governs essentially by decree, and the ruling party exerts broad control of government and media organs. Future elections will feature an unlevel playing field, if they’re not rigged or abolished. A relative of the President is heir apparent.

Revolution Comes. A violent revolution overthrows the autocracy in this scenario. Although advanced with a pretense of restoring democratic norms, this revolution replaces the authoritarian regime with one that has an alternative ideology but a similar desire to maintain unaccountable power. The successor regime can now bring public policy in a sharply different direction that never would’ve been approved by voters. Future elections are a sham.

Democratic Backlash. In this scenario, the non-elected President faces massive protests and civil disobedience aimed at a restoration of democratic institutions. Elements within the government have sympathy for the protests, and boycotts by foreign trade partners add to the pressure. The President steps down upon receiving a guarantee of legal immunity, and new elections are held, albeit amid doubts as to whether democratic institutions will fully recover.

Momentary Hiccup. Here the non-elected President governs only briefly before succumbing to disease or dementia. Legislative and executive-branch employees work together to prevent the President’s relatives and cronies from maintaining power in his absence. New elections are held, although many suspect democracy’s return will be partial and unstable.

National Breakdown. In this scenario, the United States breaks into multiple nations. The non-elected President governs a number of states traditionally associated with the governing party, but other states break away or form regional clusters. Foreign powers lay claim to Alaska and Hawaii with little resistance from remaining fragments of the U.S. military. Not all nuclear weapons formerly held by the U.S. are accounted for, and there’s speculation that some are in the hands of militias or terrorist groups.