Risks to Life and Democracy

Seeking a middle-ground between complacency and panic. 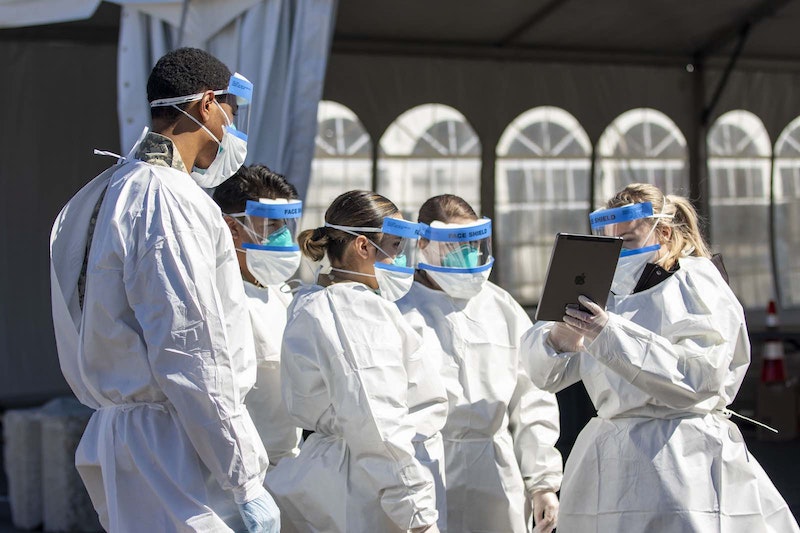 Early in the pandemic, in my work as a copyeditor, I helped put the kibosh on an opinion article that advised people to expect their lives to be disrupted far longer than the “two weeks” that public health authorities were then giving as a guideline for scheduling and supplies. The piece said people should prepare for work and other routines to be drastically altered for many months. More broadly, it warned readers to avoid “normalcy bias,” a tendency to downplay risks on the assumption that whatever conditions have held will continue to do so.

The decision wasn’t wrong; the piece included a confused analysis of dubious statistics from Wuhan, China. Still, in retrospect, the article’s warnings were worth hearing, both in correctly projecting extended disruption from Covid and in noting that assuming problems will stay in “normal” bounds can be dangerous. It’s likely my doubts about the piece were amplified by my own normalcy bias; I had trouble imagining this jeremiad might be right.

Normalcy bias is just one of many cognitive flaws that psychologists and other social scientists have identified and studied in recent decades. An opposite bias is worst-case-scenario thinking, where risks and problems get hyped into calamities. While it’s tempting to argue that one or another side of the political spectrum is prone to one or another of these biases, a lot depends on what particular threats are under discussion; groups and individuals can easily exhibit both biases, underplaying some alarms while overplaying others.

The annual Chapman University Survey of American Fears revealed that some fears have a wide partisan gap while others don’t. Data collected in January 2021 showed that Democrats had much higher fears about the pandemic than did Republicans; 72.6 percent of Democrats were “afraid” or “very afraid” of the possibility of “a loved one contracting the coronavirus (Covid-19)”; only 37.7 percent of Republicans shared that fear, and independents split the difference at 57.3 percent. Yet regarding the prospect of “economic/financial collapse,” the partisan gap essentially disappeared; 58.3 percent of Republicans feared it, as did 57.3 percent of Democrats (while independents were more sanguine, at 47 percent).

The top fear listed by Americans in that survey was “corrupt government officials,” which likely owes in some part to the polling done January 5–15, 2021, mostly just after the Capitol riot. On this issue, though, the partisan gap was less evident, with Republicans (86.4 percent), Democrats (77.8 percent) and independents (78.6 percent) all fearing government corruption (the poll didn’t get into which officials were seen as corrupt, which surely would’ve shown a partisan gap).

Toward the bottom of the list of fears was “whites no longer being in the majority in the U.S.” (8.7 percent), “blood” (8.7 percent), “Muslims” (6.8 percent), “immigrants” (5.8 percent), “clowns” (5.6 percent), and “animals (dogs, rats, etc.)” (4.6 percent). I don’t have the partisan breakdown on those low-ranked fears, but even assuming a substantial gap, these figures suggest that some hot-button issues are overblown by politicians and media, compared to the public’s actual concerns.

According to recent polls, the public is concerned about threats to democracy. An NPR/Ipsos poll found that “64% agree that American democracy is in crisis and at risk of failing.” A CBS News poll discerned that 66 percent consider our country’s democracy “threatened,” while 33 percent see it as “secure.” I’m in the majority on this. Efforts by Trump and his allies to pressure electoral officials; to toss out electoral votes or send bogus ones to Congress; and to use bizarre legal theories and incitement to violence to subvert the outcome, all point toward disturbing possibilities for future elections to result in chaos and authoritarianism.

Andrew Craig of the Cato Institute, writing at Shikha Dalmia’s excellent newsletter The Unpopulist, makes a convincing case that such threats are serious and warrant reforms to reduce vulnerabilities in our electoral system; but also that getting legislatures and courts to hand an electoral victory to a losing candidate—as Trump attempted to do in 2020 and might be laying groundwork for a further attempt in 2024—is unlikely to succeed, as it’d require virtual unanimity among numerous officials.

“For an extraordinary attempt to subvert the Constitution, such agreement will be very difficult to come by,” Craig writes. He adds: “That’s the good news. The bad news is that the willingness to assist a political crime of this magnitude, already uncomfortably high in 2020, will probably be higher still in 2024.” His conclusion: “In short, despite the resilience of America’s election system, the country cannot afford to be sanguine about 2024. We will have a better chance of coming out of it intact if we mend some of the obvious cracks in our electoral laws.”

I’m on guard against normalcy bias, as well as against worst-case-scenario thinking, with regard to the future of democracy and also to Covid-19 and other threats. Finding a middle-ground between complacency and panic is the challenge of our times.