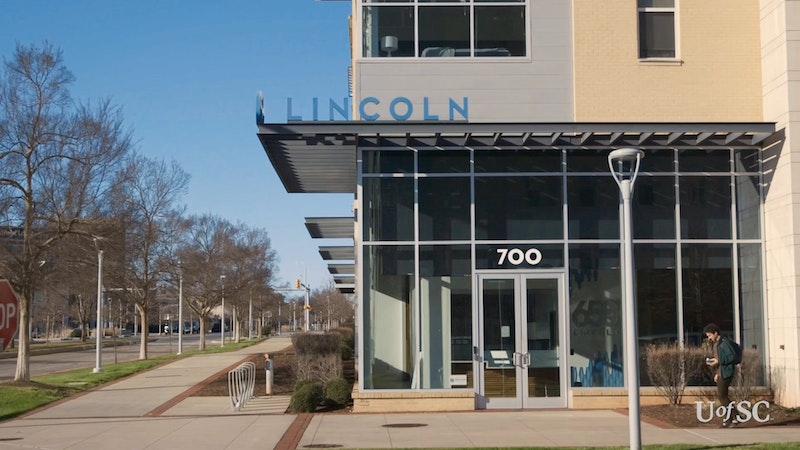 The left lives for the present, willing to cast aside any time-tested wisdom or thoughts of long-term ramifications in order to achieve today’s cynical goal. The Senate filibuster, one of the many speedbumps on government action that keep our system somewhat functional, could’ve easily died this month just so Biden could ram through a mixed bag of voting reforms and voting-procedure chicanery depicted as combating racism. It appears that effort has been halted by the timely objections of his fellow Democrat, America’s favorite moderate bisexual female Burning Man-attender fashion plate, Sen. Kyrsten Sinema.

When Biden spoke in Georgia in favor of that legislation, that state’s Democratic would-be next governor, Stacey Abrams (who lost by a hefty 14 points last time she tried), was barely to be seen—perhaps because the Democrats, on their pragmatic days, realize that her calling her loss evidence we’re entering a racist era of “Jim Crow 2.0” is off-putting and inflammatory. It’s also blatantly false.

Despite the fact that it’s unfashionable to say so in the past few years, America has largely cast off its white supremacist past, and MLK Day is an apt time to remind ourselves of that. The constituency for real racism is small, and most Americans’ love of MLK and his message is as real as their admiration for the late Sidney Poitier. It’s now the left that says insulting things about such figures being palatable milquetoast sellouts, etc. The rest of us sincerely want a future of non-racist civility, and we can see the contemporary left isn’t helping—really doesn’t even seem to be trying, not when they can stoke conflict instead.

Far from the establishment being a bunch of white supremacists these days, it does things like put non-whites at the front of the line for vaccine distribution in places like New York—which makes some scientific/medical sense but would set off howls if the placement of skin tones happened to work out differently.

New York’s Gov. Kathy Hochul has no interest in keeping scientific and political evaluations separate to help keep the peace, either. She chose this already volatile moment in history to declare racism itself a “public health emergency,” hinting while she was at it that President Trump caused COVID-era street attacks on Asians (by disliking a virus from China), even as she touts her own plan to launch more data-mining and tracking of Asian-Americans, not usually the sort of move associated with non-racist governance and provision of services but always a high-tech move useful as a prelude to targeted political campaigning.

If you can’t quite declare racism itself a physical contagion, you can still count on the establishment nowadays to make racism sound like a contagious mental illness. The president of the American Psychological Association (perhaps inspiring Hochul’s later announcement) chose the middle of the 2020 riots to declare a “racism pandemic,” which sounds a bit unscientific but is meant to sound more real than burning storefronts and armed looters, I suppose. Pop-psychology figures like Dr. Phil bring conservative writers like James Lindsay onto broadcasts on race these days mainly as if to offer the “crazy” perspective.

Even a far more esteemed and scientific figure like the recently-deceased biologist E.O. Wilson (who didn’t just sit next to me at the Human Behavior and Evolution Society conference in Austin back in 2005 but encroached on my chair a bit more than politeness would normally allow) had to spend some of his later years backtracking on his own profound insight that animals’ instincts have evolved to make them tend to prefer their own kin.

That insight might sound as if it’s cutting racists slack (though you could just as easily take it as a warning about impulses that need to be suppressed), so he spent a lot of time in his final years assuring people that ants, for example, are selfless and unmoved by so-called “kin altruism.” As he told HBES, he thought, “Marx was right; he just had the wrong species.” That probably still sounds too reactionary for today’s left.

Far from being a white-skinned monolith, today’s Americans are so forgiving of wrongdoing by members of ostensibly-marginalized groups that a non-white man convicted of manslaughter in the 1980s, Eddie Gibbs, is poised to enter the New York State Assembly, representing East Harlem. Rest assured, a nation that spent four years worrying that Trump’s behavior sparks violence will spend zero time analyzing the meaning of Gibbs’ rise.

Nor does that nation seem interested in devoting much attention to cracking down on all those violent, thieving flashmobs wreaking havoc in multiple cities lately. We also decided not to have a big national dialogue about that mass-murder-by-car attack in Waukesha, which may be just as well, though again, any such isolated event, if race-reversed, would have yielded 24/7 national navel-gazing for weeks or months, and don’t pretend otherwise.

I’m honestly not even sure nowadays whether it’s considered gauche to talk about that perpetrator’s long rap sheet of prior violent crimes (he even ran another woman over with a car). I'd think the past is still regarded as some slight predictor of the future, sometimes including future criminality. Or is the emerging liberal wisdom that the past is not just legally inadmissible (not always true, by the way!) but genuinely causally irrelevant and meaningless even for purposes of sociology or casual observation?

Meanwhile, in academia, where the smartest, or at least the most arrogant, members of the population set the tone for all these discussions, people like Berkeley public policy professor Robert Reich, rushing to aid Biden’s legislative push, tweet absurdities like, “White supremacy is on the rise, inequality is growing, the forces of fascism are regrouping. We must protect the right to vote. Now.”

Instead of racing to support the left’s latest pro-government power grab, maybe there’s more to be learned from watching the left tie itself into self-negating knots over this stuff. At the University of South Carolina, for example, they had a years-long push to rename buildings after non-racist figures, which is fine, but when it turned out local law forbade the renaming of public buildings intended to be dedicated to specific individuals, the school settled for renaming a building that had only its street address as its name, and renaming it after one of the school’s first female, non-white graduates.

And so it is that what was once 700 Lincoln will become the Saxon building. The left will call this (incidental) replacement of a famous liberator’s name with a white tribe’s name progress—because they did it themselves, and what the left does, unlike everything the rest of us do, cannot be deemed wrong or counter-productive.