Troubles for the In Crowd

When things go wrong for the Permanent Media. 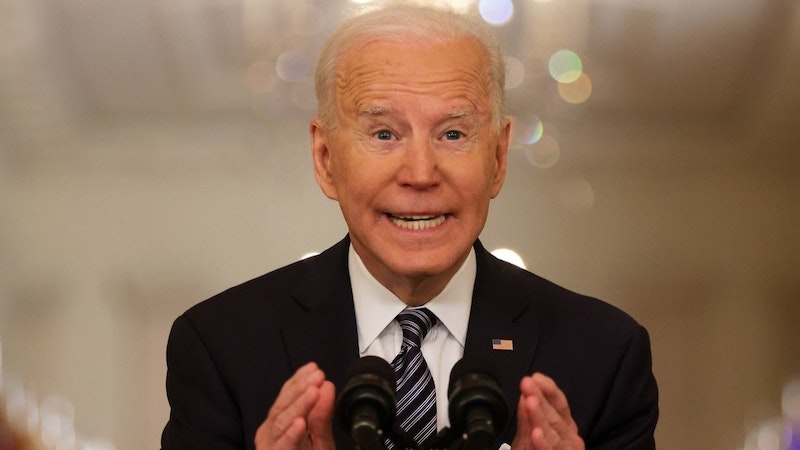 Now that the marking of last year’s January 6th Capitol riot has passed—and Kamala Harris (who compared J6 to Pearl Harbor and 9/11) notwithstanding, it’s unlikely that next year’s remembrance will cause barely a ripple—the Permanent Government, which includes what’s left of the Permanent Media, has mournfully fertilized more relevant bones of contention. Mostly that has do with the new “Where’s the rest of me?” President, the befuddled Joe Biden, who’s perplexed now, after so many “progressives” whispered FDR! into his ear at the start of last year, that he’s not the most popular guy in the Beltway, let alone the rest of the world.

I enjoy when two well-known pundits—in this case The New York Times’ Maureen Dowd (70) and The Wall Street Journal’s Peggy Noonan (71)  write columns in the same week that, rhetoric aside, come to the same conclusion. And that’s that Joe Biden’s losing body part after body part after swimming too triumphantly in the Potomac.

Dowd alluded to Biden’s apparent (which is generous) fuzziness of the mind—barely anyone in the Permanent Media will state baldly that President Sippy Cup isn’t mentally fit for office; that’s not mean, just accurate, since the former Senator (D-Bank of America) and Vice President (D-Obama’s Joke) could’ve performed his duties, for better or worse, ably just 10 or 15 years ago—not only by mentioning the 100-year-old cliché of legislators “slurping” navy bean soup in the Senate’s mess hall, and, for the good of democracy (when it wasn’t in danger) hammering out bipartisan deals on pending legislation, which was mild in comparison to the rest of her 800 or so words.

Dowd: “Biden was elected to be Not Trump, to be a comfortable old shoe. He overpromised and underdelivered. People wanted competence and stability and instead we got incompetence and instability. Biden is running the White House like a Senate office with his familiar white-guy innermost circle from the old days… He’s so lost in the snows of yesteryear [one could say the same of Dowd, and other high-profile, and aging, colleagues at the Times, such as The Joke Known As Thomas Friedman, USA Moral Conscience David Brooks and “I Won a Pulitzer, Listen to Me! I’m Smart! Paul Krugman] that he is continuing his Amtrak Joe nearly-every-weekend commute to Delaware, albeit with better wheels, trading in the train for Marine One.”

Dowd, perhaps—but just perhaps!—realized that the brown acid was kicking in, so she presumptuously, on behalf of all Americans, adds, “We want the president to rise above it and be an inspirational figure.” Biden’s led a long, eventful life, with successes and failures, not to mention a tic for plagiarism, but not once have I ever heard anyone—Democrats or #NeverTrumpers—even remotely suggest that “inspirational” is a word that comes to mind when thinking about Hunter’s father (a bit cheap on my part, but so was the President in linking Republicans to Jefferson Davis).

Peggy Noonan’s an old-school conservative who’s accomplished a lot (as did Dowd in earlier days, especially in revealing Biden’s theft of UK Labour leader Neil Kinnock words, torpedoing the former’s ’88 presidential campaign) and received a Pulitzer Prize in 2017, likely a Lifetime Achievement honor, not dissimilar to the equally-rigged-for-the-clubhouse Oscars and Nobels, but like most of her Permanent Media cohorts, isn’t that relevant in today’s lickety-split-fuck-the-facts journalism world. Nonetheless, she disliked Trump (given her animus towards Hillary Clinton I’d bet she sat out the 2016 election; probably voted for Biden in 2020) and last year professed guarded optimism that dull-as-Wonder Bread Joe was what America needed after Trump’s hurly-burly Me Me Me reign.

No longer: on Biden’s contentious, ill-advised speech in Atlanta last week about voting rights, and, democracy, Noonan wrote: “The speech itself was aggressive, intemperate, not only offensive, but meant to offend.” The same was written by hundreds every week about Trump, but this is, as Dowd, said, “comfortable old shoe” Biden. Her conclusion, while accurate in my opinion, was withering, even if onetime GOP macher Bill Kristol might not agree.

Noonan: “When national Democrats talk to the country they always seem to be talking to themselves… They have no idea how they sound to the non-left, so they have no idea when they are damaging themselves. But this week in Georgia Mr. Biden damaged himself. And strengthened, and may even have taken a step in unifying, the non-Democrats who are among their countrymen, and who in fact are the majority of them.”

The Times’ Bret Stephens, the paper’s best columnist and an early #NeverTrumper, wrote yesterday about how Biden could save his presidency. One idea was canning Chief of Staff Ron Klain, and suggesting former Sen. Tom Daschle as a replacement. Daschle’s 74, and risking ageism [I’m a senior citizen myself], you’d think Biden (or “his people”) could find someone born in the 1980s. Stephens also said—undoubtedly to the delight of neocons like I’m Still Wearing a Hairshirt Max Boot—that Biden should deploy troops in the Baltics and Poland to meet Putin’s threat to Ukraine. That’ll go over well with the American public!

In the past year, I’ve sloughed off polls about this November’s midterm elections—and the 2024 presidential election—saying it was way too early to take polls seriously. It’s no longer early as candidates are in place and Congressional district realignment is near a conclusion: the midterms will arrive in a flash, and the day after, no matter the results, the 2024 election begins. Come Independence Day, I hope Dowd and Noonan dovetail again on Biden’s performance (if he’s still in office) and give hints about whom they’ll support in 2024.

By the way, explicitly conservative websites aren’t dissimilar to liberal organs like the Times. In a January 17th editorial, the small NewBostonPost, attempting to make a case that voter fraud is rampant in America—it exists, and has for 200 years, but “election integrity” ranks lower than so many other current difficulties—ran the meter on hyperbole. A choice paragraph: “[Biden] has thrown fuel onto the fire again and again. His speech in Georgia last week will go down as one of the most despicable public statements by an American president in history.”

That’s silly: Biden’s combative, and divisive speech will be forgotten shortly, as he attempts to navigate other problems. This recent trend by the media of declaring this or that speech by a president as “one of the worst in American history,” trivializes that history and reveals that such writers not only pander to gullible readers but also don’t have much knowledge of politics and oratory if it occurred before 2015.