And the big outrage they instigate. 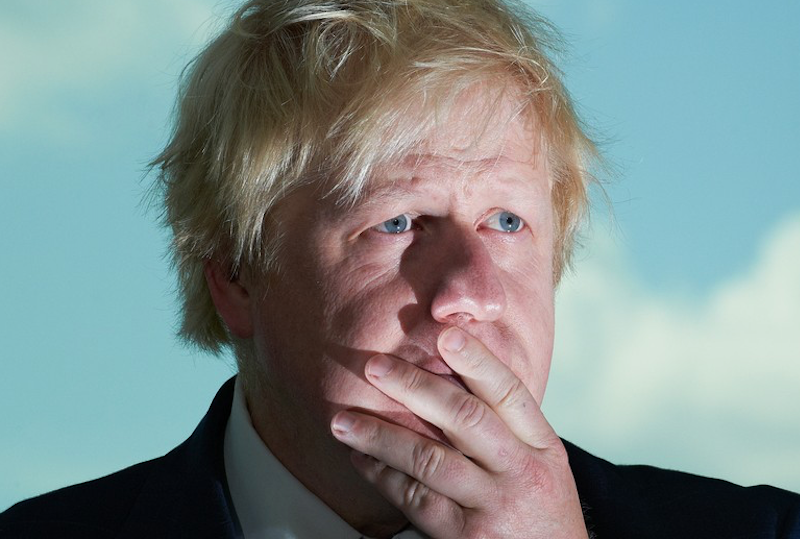 Boris Johnson is embroiled in the worst scandal of his career. This puzzles me, for the scandal concerns an evening of partying at No. 10 Downing, unmasked, at the height of Corona restrictions, exactly the sort of offense that Gavin Newsome and Nancy Pelosi have managed to survive. I think that the sentence "Boris Johnson has disgraced his office and must resign" flows so naturally off the tongue of Labour politicians and Guardian columnists that the occasion hardly matters. The man's mere existence, in addition to the unassimilable fact that he kicked your ass at the last election, puts exactly a third of UK voters and exactly two-thirds of its commentators in a tizzy of outrage.

"The facts speak for themselves, and the country has made up its mind," said Keir Starmer, leader of the opposition Labour Party. "I think he broke the law, I think he's as good as admitted that he broke the law." It may be that some Covid restrictions have the force of law, though not of legislation. Even so, I have a feeling that most UK citizens, like most US citizens, have committed some violation of various Covid restrictions. How many people in the 15-25 demographic, for example, haven't been to a questionable party?

What some people hate about Johnson is just what other people love about him. He's funny. He's ironic. He's loose. He's a party boy. And what’s most unacceptable is that he’s so much better at talking than anyone on your side. So people come out of every speech bleating, "Liar liar liar! He must resign immediately." But also every time, the outrage is bizarrely out of proportion to the offense. If people on your side were doing what Johnson does, you'd defend them, or find a way not to care or forgive, as in the Covid partying of Pelosi.

They hated Boris before, for all the reasons given above, but it was Brexit and his accomplishment of it that has caused people to take every single thing he does or says, every single hair on his loose head, as an insane outrage. That's because these people had a little narrative of history in which it ended up in exactly five giant world-states, a la 1984. They had the sense that Johnson had stopped history as they misunderstood it, interrupted their little story of the world. Brexit functions as a psychological complex, not a political or economic event. And Boris looms over it not as human being, but as a psychological emblem or symbol. He's not out there at all, as you understand him. But, as you understand him, he’ll never not be in your head.

I'm still trying to figure out why Boris makes people seethe like that, which seems out of proportion to the disagreements. He sets people's teeth on edge just by standing there, especially if he's smiling. I have the opposite response. I'd rather listen to him than to any other politician. This doesn’t even suggest to me that I should agree or disagree with him on any particular matter. But for the Borisphobes, if he says it, it's false. And it's completely outrageous.

Here in the States, Johnson is often regarded as the British Trump, which is really wrong. He may talk loosely some days (though this has been tempered during his leadership). But he's not a non-stop racial provocateur or a climate denier. There's not much in the way of "populism," except that he talks more like a human being than like an MP3 player.

You might contrast his rhetorical abilities, for example, with Kamala Harris'. Harris gives you a collage of talking points: in a good moment she gets them right and they sort of seem relevant, and she prefaces them with "Let me be clear." Then she gets to "proactive" or something and thinks she's finished. Well, she is, really, or rather she never got started on this talking thing. If I were advising her, or Biden, I might point out that no one is forcing them to talk and that they're not really saying anything. Lapse into silence, I’d urge, as the content will remain the same but the environment will become more peaceful. If Boris ends up resigning, maybe they can hire him as a writer. Lord knows they need better writing, though Lord also knows that they wouldn't recognize it if they saw it.

But Johnson can actually talk; he's not a mere playback device. He might deliver a sentence that he made up himself and that you've never heard before. Abilities like that fill everyone on the left with fear and suspicion. They don't really understand how someone like that is possible. And they’re certain that, if you don't in every case know what someone is going to say before they say it, that endangers everyone.

Meanwhile: I'm not that impressed by the bad party or, for example wallpapergate. Maybe your greatest outrage should be reserved not for bad interior decorating, but for bad policy decisions. And maybe to solve problems like that, you'll have to beat Boris Johnson at the polls and not just hope he's collateral damage when he makes your so-called brain explode.