I Want to Go to Israel

But I can’t five vaccine shots in America. Why? 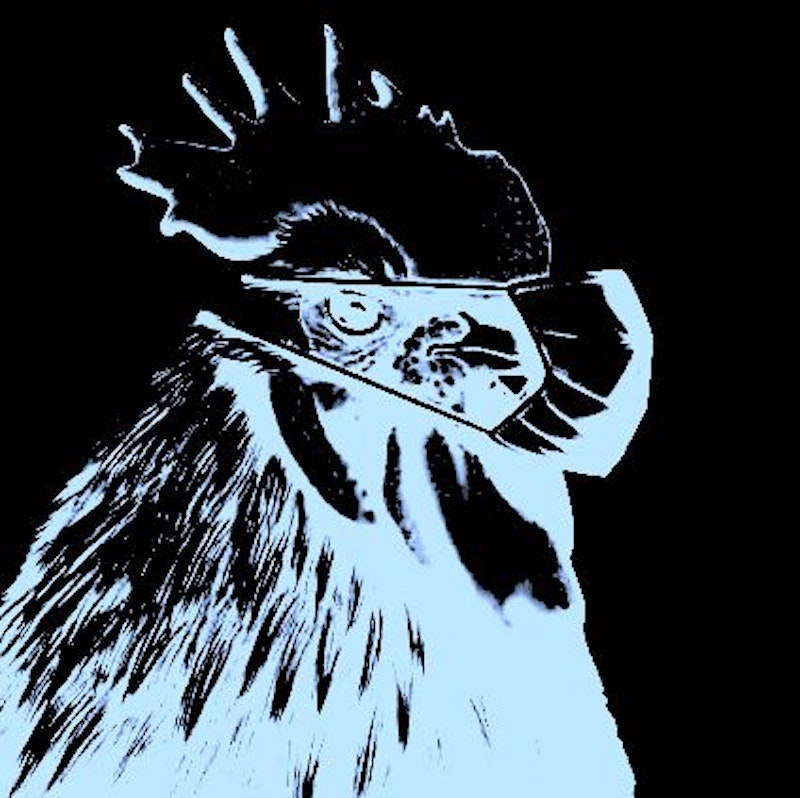 “Rooster, did you hear about Israel?”

“Against Omicron. I have inside information. They’re not wrong.”

My wife scares me. It’s dangerous for me to write this, but it must be written, it must be recorded. I think she’s working for the government. Or a government, I don’t know which one. Maybe the U.S.? Not sure. She keeps dropping hints, like saying she’s going to “detonate the vest” or “walk on down to the riverside and see which kind of man would like to fight and recruit me.” It’s weird. But I’m used to it. We’ve both had our periods—all couples have. Some more than others, but we get along, and most importantly, we have fun. But this narc business isn’t fun. I don’t like it. I don’t like the feeling that I’m being watched. I don’t like feeling unsafe in my own barn. I don’t like the fact that Israel won’t let me into their country because I can’t get the shots I need in this country.

I was alright with the vaccine, and even the booster, but mixing and matching? This is getting weird. All of a sudden cloth masks are “inferior.” Why? What do surgical masks have? I’m not a doctor. Explain it to me. But Monica won’t. My wife is suddenly a Covid stan, a mega fan of the biggest virus this century or last—even though the Spanish flu killed dozens of millions, this particularly pandemic has interrupted life like never before—and she won’t shut up about how many surgical masks and KN95 masks and KN94 masks (is that right?). I’m not sure I trust this. What’s going on here? Who’s making money off of the push for disposable, one-time use surgical masks over reusable cloth masks? Omicron should be fought like the Taliban, but Joe Biden isn’t doing anything.

Monica gets so mad when I talk smack on our President. Since when is she political? I get upset when he gives big speeches in the early-afternoon, as if he can’t stay up past five p.m. Where is he? “Rooster, he’s tired.” Why? Is he old? “YES. HE’S OLD. He’s been working at this for VERY LONG and he deserves a break today.” And tomorrow. “YES.” Marriage is a collaboration.

I really want to go to Israel. I don’t think I’m Jewish, but I feel like when I get off the plane, I’ll know for sure one way or another. But listen to this: “The vaccine, which was very effective against the previous strains, is less effective against the Omicron strain… We see an increase in antibodies, higher than after the third dose… However, we see many infected with Omicron who received the fourth dose. Granted, a bit less than in the control group, but still a lot of infections… The bottom line is that the vaccine is excellent against the Alpha and Delta [variants], for Omicron it’s not good enough,” Professor Gili Regev Yochay said Monday, as reported by The Times of Israel.

What does it take for a chicken to see the holy land? I’ll debase myself and call myself the C-word if it means getting to sing at the Wailing Wall. I know they call it that for a reason, and it’s because it was built for birds like me and Monica. But does she want to go? No, apparently: “Rooster, I’ve been there. It’s nothing but complaining and dust. Don’t you like it here? We have that stuff here, with greenery and much less racism and nearby genocide. We’re fine. Just stay put, I have our future planned out.”

Monica’s spent a lot of money lately and going “downtown” with Bennington, so I’m just going to relax and let the retirement fund build up while I build my windmills in the backyard.