Suck It Up, Great Demographic Majority 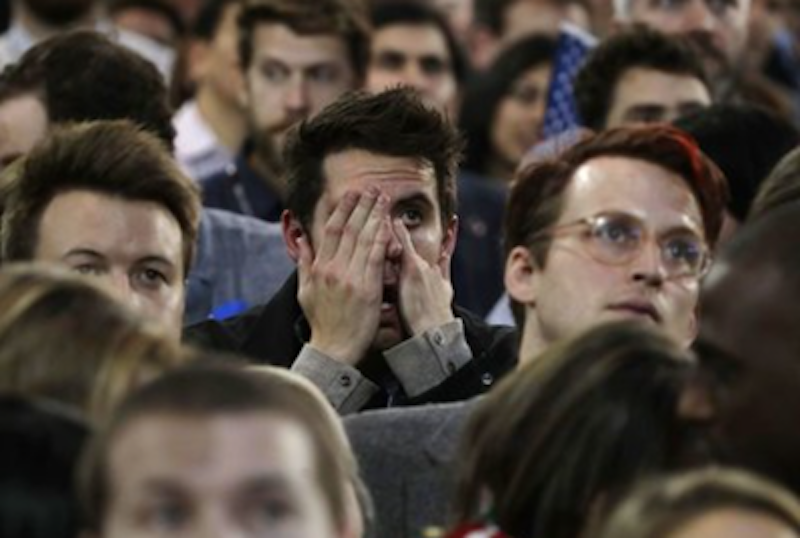 I used to spend a lot of time on social media. I guess not a week would pass that I didn’t see somebody—black, white, gay, straight, man, woman—behaving like an ass and using PC dogma as their excuse. Yet I didn’t vote for Donald Trump and I’m against the Klan and the Nazis.

An argument I heard in a coffee shop: would the bigots be up in arms if the blacks and the rest hadn’t been making all that noise? Nowadays people are told to feel bad if they say the wrong pronoun. The TV news has footage of blacks taking over streets and making noise because a policeman did something. At a college someplace there’s a course about White Studies. What about that stuff? So people are pushing back now.

Well, all right, but here we need the term “fee-fees.” Not to mention special snowflakes. Nothing has been done to anyone. Whites who turn militant are reacting to hearing the views of non-whites. That’s all. We’re talking about feelings here. The same for men reacting to women, and cis reacting to transgender. People used to living at the dead center of the universe find that the sky has shifted. The majority viewpoint no longer gets to be the only viewpoint. Unfamiliar stars look down and unwelcome observations are made. To some people, it turns out, saying “he” when a person wants “she” is a major offense. This isn’t a live issue for those of us with a nature-assigned pronoun that stays put our entire lives. But for the few people outside that group, the issue burns. They’ve been letting us know, sometimes rubbing in the corollary that a mistaken “he” (or “she) strikes them as arrogant and mean.

Are they right? Maybe it’s a question of point of view. At any rate those of us in the majority confront an issue that matters to us only on the very rare occasions that we speak to or about somebody transgender. Yet the thought of the issue cuts. It’s painful even for a moment to feel like we aren’t part of the majority, that we can’t put a foot right because somebody else is making the rules about what we should be or do. Foolish, weak people dwell on that feeling—or the one they get when they see the black people making noise on their TV screen, or when they see a lady in office wear talking like she knows something—and then they go vote for Donald Trump.

Per the fellow in the coffee shop, this situation demonstrates that the non-majority has done something wrong. I think this argument holds only if one accepts that the majority is always right. If the feelings of the majority are ruffled, then whatever the majority does next is the fault of the rufflers. If the minority’s feelings are hurt… well, we come back to fee-fees.