What I Learned About Politics From Reading Science Fiction 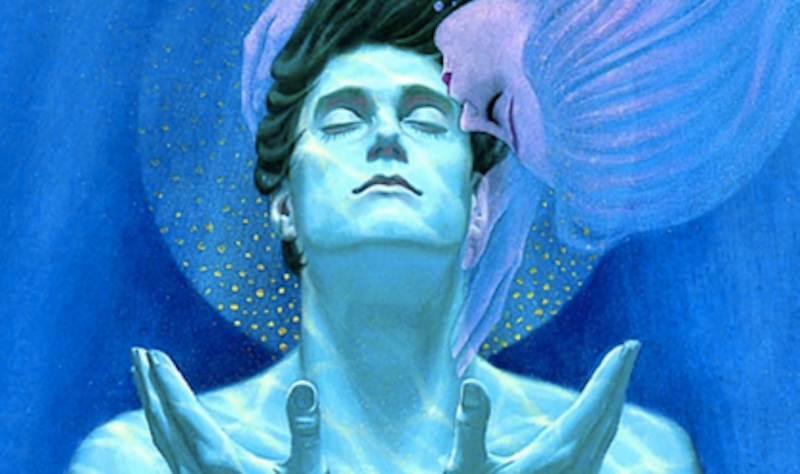 But let’s consider a different, unexplored dimension of these novels: their political ideologies. A few dry, preachy award-winners have already been brought up for questioning—I’m thinking, for instance, of those plodding allegories by Octavia Butler and Ursula LeGuin. But in a genre filled with uncomfortable fantasies of absolute power, and caustic observations about democracy’s weak points, it’s been hard to convince literary critics to draw up the roadmaps we need. For one thing, America’s critics-in-residence are mostly far left. They’re embarrassed to learn that Orson Scott Card was a radical Mormon, that Robert Heinlein was an authoritarian, and that Frank Herbert hated Congress. Even Butler, who checks off so many boxes for edgy academics, only becomes eligible for sainthood if you ignore her enthusiastic passages about privately-owned guns. It must feel, to an adjunct professor in the humanities, as if The Handmaid’s Tale and 1984 are the sole exemplars of political insight in a genre that otherwise thrives on libertarian hyperbole written by (and for) a lunatic fringe.

But this assessment isn’t right; it misses something. Let us praise famous books like Dune, Ender’s Game, and Foundation. Let us patiently test out the political ideas Heinlein awkwardly smuggles into that groovy Martian lovefest, Stranger in a Strange Land. It’s time we acknowledge genre fiction speaking truth to power. Here are just three of the many useful political lessons science fiction has taught me.

—Rulers are less cynical than their advisors. It’s the privilege of those who govern to translate ideals directly into action; because they spend all their time making abstract ideologies bear fruit, they remain irreducibly idealistic. It helps, too, that the rulers are generally kept at a distance from the ruled. They hear only nice versions of what their subordinates do. Such cosseted people don’t, as a rule, like going to bloody or treacherous extremes. That step requires somebody else: the trusted advisor who’s willing to quietly do everything necessary. The difference between respectable governments and reprehensible ones, often boils down to how much the leader “doesn’t need to know” about the power his authorized representatives wield. Remember, in Stranger in a Strange Land, when the Feds raid the Martian’s hideout? The President, busy taking calls in his private office, has no idea a raid is even happening. His bureaucrats act autonomously to further his interests. That’s far more dangerous than any public policy agenda—the icy “realism,” the unlimited prerogative, of people who subscribe to all the king’s goals and none of his illusions.

—The most important constituencies get that way because they’re “off the grid,” and therefore likely to be underestimated. Drawing on Seven Pillars of Wisdom, T. E. Lawrence’s account of “sand power” in colonial Arabia, Frank Herbert’s Dune is about a seemingly impossible revolution. The novel is set in a future age when humans have colonized outer space, led by a Roman-like empire that measures its territory in light-years. Yet the Emperor is undone, in a very short time, by a loose alliance of nomadic tribes living on a single planet. Their numbers are great, and hard to account for, since the official census doesn’t survey brutal, sparsely-inhabited deserts. They’re impossible to buy off, or threaten, because they’ve lived by their own lights for too long.

They remind me of Earth’s Bedouins, of course, but they remind me of other populations, too. The evangelicals in our Southern states. The unregistered voters living in epicenters of urban decay. The “alt-right,” with its underground media empire and weaponized “dog whistles.” Hackers in Albania. Droves of well-organized, well-informed protesters—bringing about the Arab Spring, or, more recently, helping to protect civil liberties in Hong Kong. When a community’s ignored, and forges a common identity under cover of darkness, it thereby acquires more power than anyone in power admits. By the time more enfranchised people adjust, and react to the new pieces on the board, it’s too late.

—Predictions are variables; they alter the very same historical arcs they intend to trace. This circular, bewildering, even paralyzing idea is the focus of Foundation, Isaac Asimov’s heady novel about the life cycle of civilizations. Asimov was merely the first person in his generation to meddle with such paradoxes. Years earlier, George Orwell wrote that “he who controls the past, controls the future.” He understood how important predictive narratives could be to political parties. A “pattern” can, in fact, become propaganda if it’s used to winnow out unwelcome possibilities. You’ll hear, in the coming months, about the results of countless polls that show how so-and-so has no chance of being elected president. This is done entirely for the benefit of the other candidates—the ones who appear to be in the lead, or at least on an upswing, while the competition falters.

Dire predictions lead to fearful, reactionary behavior; people who are afraid for their jobs or their lives can become xenophobic and isolationist overnight. Similarly, predicting the return of some previously attained Golden Age always sounds like a credible form of optimism, whether or not those glory days were idyllic in reality—whether or not they ever even happened. The political world is a battlefield where scientific descriptions, and objective inferences about what will come to pass, collide with all sorts of motivated visions of what should and (by extension) must be true. Even facts cease to be objective in this context, since any one interpretation of a fact tends to foreclose the other interpretive chains, other patterns, that might’ve explained it. Furthermore, anything (factual or not) that disrupts established patterns of human behavior creates new social realities—i.e., new facts.

Any prediction, even if it’s deliberately seeded, also tends to become true if people start believing in it, using it to make decisions, and defending it against threats. It’s admirable, and nearly impossible, to cleave to uncertainty instead, like the heroes of these books do. Certainty and confidence go over better with other people. They’re also much easier to bear. But the best science, applied to human behavior, always acknowledges a wide range of equally “probable” outcomes. The hypothetical futures we inhabit, when we make predictions, are moral exercises, not moral imperatives. What values are indispensable to us? What will it take to realize those values, if things go very well or very badly, and our circumstances change?

It makes sense that sci-fi novelists would understand the ambiguities of prediction. As intellectuals, they’re largely defined by their hypotheses about the future. An author’s predictions become synecdoches that count as her achievements, and pretty much sum her up, for every non-reader (and even for many of her fans). A small number of readers, though, identify completely with the story’s moral assumptions. They turn from the author’s mere speculations to the way the story feels about the future it describes. To a real fan, it doesn’t matter whether the work is prophetic in visible, measurable ways.

Instead of anticipating the future, the novel (or story, or movie) re-defines what’s possible now. Then facts become symbols of possibility, symbols of transformation. Facts and patterns, taken in hand by the imagination, become signifiers of something greater than themselves. They give rise to an awareness that “once, the world was not as it has since become,” to quote fantasist John Crowley. Our world could be different again. Thus science fictions, those laborious predictions, transcend what they predict. They reveal, to each attentive reader, that it must somehow be possible to slip precedent’s noose.