How to Stop the Next Harvey Weinstein 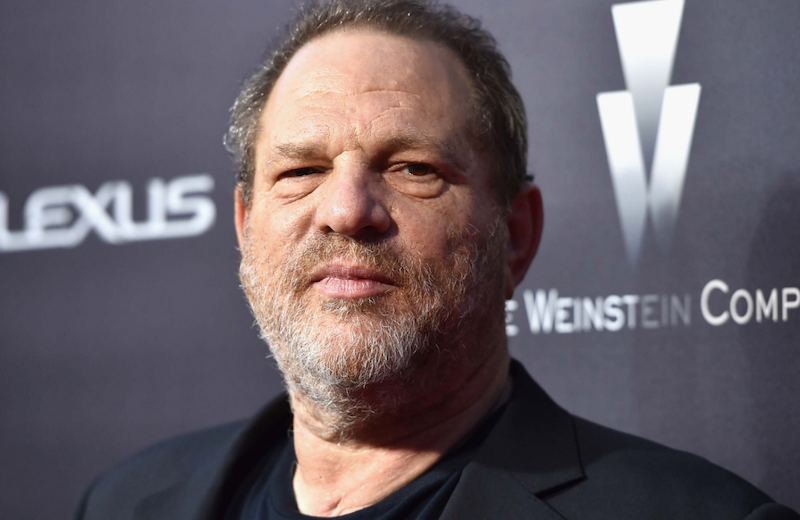 As allegations of sexual violence against Harvey Weinstein have emerged, the discrepancy between his public, and financial, support of women's causes and his private abuse of women is a paradox. It's always been easy for liberals to point out the hypocrisy of conservatives because they tend to operate in a more straightforward do-as-I-say-and-not-as-I-do fashion, like an anti-abortion congressman preaching traditional values, who then encourages his mistress to get an abortion.

Weinstein isn't the first man to openly support feminist causes while treating women like garbage behind closed doors. He's not even the only man to be called out for it this month. In fact, within a week of The New York Times breaking the story, it was clear he wasn't alone in his behavior. State Street Corp., the financial firm behind the Fearless Girl Statue, was ordered by the Department of Labor to pay $5 million to over 300 female employees in a gender-pay dispute. Men writing for feminist-friendly websites were found to have shared personal information about their female colleagues with the anti-feminists at Breitbart. Add them to the other outspoken men who have, since at least the 1970s, championed women in public only to demean them in private.

Feminists have been throwing around the term "toxic masculinity" to describe entitled male behavior. The problem is that it's too imprecise and easily misinterpreted as "masculinity is toxic." This dualistic behavior can be better described as "moral licensing," where "past good deeds can liberate individuals to engage in behaviors that are immoral, unethical, or otherwise problematic; behaviors that they would otherwise avoid for fear of feeling or appearing immoral." Weinstein may be an extreme example, but the public support of feminism was a way to inoculate himself from appearing immoral. After all, this is a move already perfected by Ted Kennedy and Bill Clinton.

In a statement issued shortly after the allegations emerged, Weinstein opens with the excuse that he came of age in the 1960s and '70s, suggesting that workplace rules were different. There’s a kernel of truth to it, given that employment ads were still sometimes segregated by gender, and was among the reasons the Women's Movement emerged. At the same time, so did Ted Kennedy's life in public service.

Kennedy's long Senate career is almost matched by his carousing. At best he was a philanderer who partied as hard as he worked; at worst, he bypassed consent to take what he wanted, depending on who's telling the story. And then there was the tragedy where he drunkenly drove his car off a bridge and left Mary Jo Kopechne to drown. Kennedy managed to remain in feminism's good graces by consistently promoting their policy causes, and worked to keep Robert Bork off the Supreme Court. In what may be one of the greatest acts of self-preservation, he knew when to keep his mouth shut at the Anita Hill hearings. The National Organization for Women (NOW) only turned on him when he supported Barack Obama, instead of Hillary Clinton, in the 2008 primary, calling the endorsement an act of betrayal. But with his passing, NOW mourned him as a champion for women's rights.

However, as curious as Kennedy's support among women may have been, it has nothing on the support that Bill Clinton continues to enjoy. Already accused of infidelity before he became president, it was Paula Jones' charges of sexual harassment that opened the floodgates. Juanita Broaddrick and Kathleen Willey accused Clinton of rape and sexual assault, respectively. Arkansas state troopers said, under oath, that they were expected to procure women for then Gov. Clinton as part of their security detail. Monica Lewinsky has made it clear that her sexual relationship with Clinton was consensual, but the power dynamic between a president and an intern has always appeared unsettling.

Even more unsettling was the feminist support for Clinton. Gloria Steinem wrote, "[I]f the president had behaved with comparable insensitivity toward environmentalists, and at the same time remained their most crucial champion and bulwark against an anti-environmental Congress, would they be expected to desert him? I don't think so." In an article for The Observer, Francine Prose transcribed the mean-girl feminists she lunched with, among them, writers Katie Roiphe, Erica Jong, and Nancy Friday. With heaping doses of snobbery, they explicitly spelled out their double standards in regard to Clinton versus Republican politicians, questioned Kenneth Starr's manhood, and advised Lewinsky to find a new job renting out her mouth. The only thing that they consider an impeachable offense is that Clinton didn't reciprocate oral sex with Lewinsky. Of that era, Barbara Ehrenreich sticks out for suggesting, "Organized feminism lost valuable moral capital when it appeared to blow off Jones as a right wing operative or a conniving tramp."

Ehrenreich's words seem prophetic now, and that era of feminist hypocrisy remains catnip for conservative critics, especially while Hillary Clinton remained politically viable. What's impressive is that the fight against sexual violence persisted, and feminism became reinvigorated by a new generation. From Fox News to Amazon, the biggest shift is that both conservatives and liberals are interested in purging themselves of sexual predators. As these high profile cases gain more publicity, changes to protect the rights of victims are open to policy review. Gretchen Carlson, who first brought allegations against Roger Ailes, has thoughtfully written about the way contracts can tether victims to their abusers.

While it's easy to look at the changing response to allegations of sexual violence as progress, there is still an uphill battle, and backlash is inevitable. Media saturation creates twin risks of desensitization and paranoia, that we may overlook less extreme cases, yet still blow minor ones out of proportion. And there’s the suggestion that men who embrace feminism are all perverts using the movement to shield themselves. One only has to look at Bill O’Reilly to know this isn’t the case. I know that sexual predators come in every stripe humanity can dream up. But I hope we’ll learn how to prevent another Weinstein from embarking on a similar reign of terror.