Richmond Expects Only Restaurants to Fund Its Schools

The Democrats propose a 1.5 percent bump in an already steep meals tax. 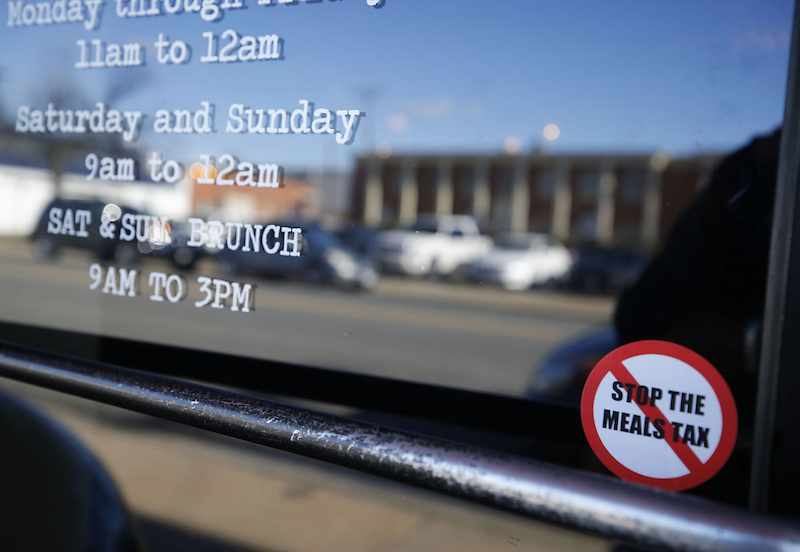 Mayor Levar Stoney wants to do something about the rundown condition of many public schools here in Richmond. He's decided the money will come from the city’s restaurants, whose owners are wondering why the burden should be theirs alone. Stoney’s plan would increase the current meal tax from 6 to 7.5 percent to generate enough cash to allow the city to borrow $150 million to fund construction costs. Tacked onto the 5.3 percent sales tax Richmond diners are also hit with, restaurant and take-out meals would be taxed at 12.8 percent. The local Chamber of Commerce, the Richmond Association of Realtors, and the Home Building Association of Richmond have endorsed the plan, while those opposed include the Virginia Retail Federation, the Retail Merchants Association, and the Virginia Restaurant, Lodging and Travel Association.

Realtors and builders love the mayor's plan because it won't cost them a dime, while restaurant owners demur because it's on their dime. In a bizarre twist, one of Stoney’s nominees to serve on the Education Compact Team, Cindy Menz-Erb, a fairly recent arrival from New York City, has sent out an email calling for supporters of the new tax to boycott any restaurant that opposes it. That's right, they'll have to charge their customers more for the same items and they'll like it too, or else. In other words, they must behave like masochists.

Restaurants are targeted because what they sell is considered a luxury. A $2,000 sofa’s a luxury too, but isn’t taxed like one. Diners are the ones who pay the actual meal tax, but restaurant owners pay in their own way. The more their product costs, the fewer customers they have. Those customers are also expected to leave a 20 percent tip, meaning the total add-on cost for a restaurant meal here could soon be 32.8 percent.

The meals tax in the U.S. is the exception rather than the rule—only about 30 percent of the largest American cities levy them. There's talk of sticking tourists and people from out of town with the tariff because they don't pay for any of the amenities of the city, which many restaurateurs consider a smokescreen. The benefits tourists bring to a city most likely exceed whatever freebies they’re supposed to be getting, which is why all cities want more tourists. City governments will also claim that small tax increases don't hurt businesses, another thing restaurant owners dispute. An alternative to the meals tax, if not taxing Richmond residents is the goal, would be a lodging tax, which is much more specifically targeted at out-of-towners.

The meals tax is a regressive tax in that it applies to low-cost take-out options. Poorer people are hit harder, as are single parents who work long hours. There's no provision in Mayor Stoney’s tax plan to make take-out meals below a certain price point exempt from the tax.

Stoney has sensibly distanced himself from Cindy Menz-Erb’s weird, bullying email, which said, “Only patronize restaurants who support the meals tax. There will be signs for restaurants to display soon but in the meantime, just ask if they support it.” I'd think twice before entering a restaurant hanging such a sign, as I'm not inclined to support a business that's lobbying to charge me more without providing any extra services. At least Republicans are sensible enough to know better than to push people to hang a sign announcing they're happy about a tax increase.

It's unnecessary at this point to ask what Menz-Erb’s politics are, because progressives’ compulsion to call for boycotts or bans in just about any situation they find aggravating is well-established. Right-thinking people were supposed to not buy L.L. Bean’s clothes last year because a Trump supporter was on the company's board of directors. ESPN on-air personality Jemele Hill called for advertisers to boycott the Dallas Cowboys because she didn't like team owner Jerry Jones’ views on his players taking a knee for the national anthem. What other business owners in the U.S. are not allowed to do something about their employees making a political protest in their uniforms during working hours when many of their customers will certainly be offended? Yes, Cindy Menz-Erb is a progressive Democrat.

Progressives often think they're making a moral statement in calling for a boycott. However, it's a kneejerk reaction that often doesn't factor in the pain inflicted on unintended victims. And what could be moral about trying the hurt the businesses of people who don't want to see their customers taxed more when they're already being taxed significantly higher than the national median and more than other kinds of business? What's fair about relying solely on restaurants to fund public schools? This, like many of the boycotts liberals call for, isn't the moral equivalent to Rosa Parks and the Montgomery bus boycott.

Los Angeles, which has no meals tax, collects a 9.25 percent sales tax on restaurant sales. New York has no meal tax either—diners in its eateries pay just the sales tax of 8.875 percent. The mayor's plan is based on the Richmond Democrats’ established reliance on restaurants to fund their projects, but the restaurants haven't volunteered for the cause—they've been conscripted. Politicians target them because they think they can get away with it, as they have in the past, even without the strong-arm tactics of Cindy Menz-Erb, who later repented and said she didn't intend to promote a boycott. That's the usual weasel-talk from politicians, but Richmond restaurant owners shouldn't let the Democrats railroad them once again on this issue. Cigarettes or soda could be taxed too, and there are plenty of things more luxurious than a Chipotle burrito to tax if taxing luxury’s the priority.