While Democrats are hampered by moral correctness. 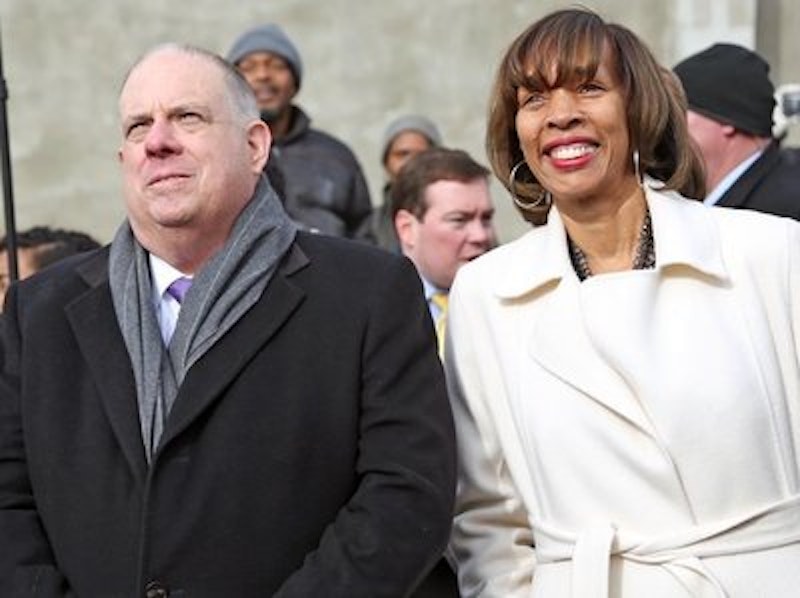 The mayor of Baltimore and the governor of Maryland are at a protocol standoff over how best to fight runaway crime in the city—with good works or tough love. Though a fleeting thought suggests that a friendly compromise might work, their competing positions reflect different governing styles and opposite constituencies—urban vs. suburban, black vs. white, young vs. old, and, most divisively, Democrat vs. Republican.

This is symptomatic down the line, the GOP’s stuff-flows-downhill theory, if you will. Republicans, as a party, exhibit a fundamental meanness that Democrats lack. In politics, the word “mean” translates too often as tough when it actually suggests a willingness to suspend honor, dignity and values to win at any cost. Not that there’s anything wrong with winning. But more than semantics or definition, it illustrates the difference in parties and is not intended as a direct slam at Republican Gov. Larry Hogan, as he has rejected much of the Trump-led ism.

The GOP’s meanness was on full display when Senate Majority Leader Mitch Mc Connell (R-KY) thwarted Merrick B. Garland to reserve the Supreme Court appointment to help President Trump pack the court with conservative judges. And that meanness is showcased again with a majority of the GOP’s willingness to support Alabama’s Roy Moore, the alleged child molester, to help preserve a seat in the Senate. Or Moore’s own declaration that America was “great” under slavery. Or Trump’s willingness to adjust the tax code, as reported, to accommodate his wealthy New York friends, the GOP’s donor class. Or Trump’s vicious attempts to undermine Robert Mueller’s investigation into collusion between Russia and the Trump campaign. Trump’s tweets play only to his base, which is about 40 percent of the electorate.

Democrats, by contrast, rarely are willing to show strength through meanness. As a national party, Democrats are totally shut out of power, and to compensate they seek the high ground to demonstrate moral superiority for political strength. More often than not, Democrats are concerned with doing what’s morally correct, no matter what the penalty or cost, even when they lack the numerical muscle to impose their will. Democrats are on the side of the dreamers and the poor, those who might lose health care, and homeowners who’re losing their tax breaks. Admittedly, they’re also trolling for votes.

At the national level they’ve forced the resignation of Rep. John Conyers (D-MI), even though he was Congress’s longevity king, and the departure of the groping comic, Al Franken (D-MN), who was among their rising stars.

In his resignation speech, Franken pointed out the irony of his situation: “I am leaving, while a man who has bragged on tape about his history of sexual assault sits in the Oval office, and a man who has repeatedly preyed on young girls campaigns for the Senate with the full support of his party.” That paragraph, as well as anything, sums up the conditions of the two major political parties in America.

Republicans, lately, to further delineate their meanness, have decided to employ the federal tax code in much the same way they have used redistricting—to accelerate their accumulation of power and money and further divide the country. Check a map and it’s clear that Republicans control geography and Democrats control population. The tax code, as it is being rewritten, is the GOP’s payoff to the checkbook class that underwrites their elections for which they fully expect kickbacks in the form of contributions at campaign time.

And the GOP leadership has made it transparently clear that when the tax overhaul is completed, benefits and social welfare programs are next on the chopping block. Their ultimate goal is the dismantling of the New Deal and Great Society entitlements that help underwrite the broad Democratic constituency and the continuing weakening of the Democratic Party.

This quote from Sen. Orrin Hatch (R-UT) pretty much sums up the Republican social code: “I have a rough time wanting to spend billions and billions of dollars to help people who won’t help themselves, won’t lift a finger and expect the federal government to do everything.”

Closer to home, Baltimore is a city under siege by its criminal underclass, one of the few major cities in America that is not enjoying a burst of prosperity, or even a modest comeback. The city’s Democratic leadership is at odds with the state’s Republican governor. The city is broke and dependent. The governor has money and manpower at his disposal. The issue is whether to apply a social worker’s approach, or a stern, gangbuster’s menu of penalties.

Baltimore’s mayor, Catherine Pugh, believes jobs and entrepreneurship are the antidote to crime. She and other city officials are trying to assemble a $17 million fund from state and philanthropic sources to bring a Massachusetts-based anti-violence program, Roca, to Baltimore. Roca focuses on young men, 17-24, who’ve done prison time, used drugs, and are school dropouts, according to reports, and tries to connect them with jobs as a pathway to a solid-citizen future.

The city has also been actively promoting additional funds for recreation centers, community college tuition and has, in fact, created its own $10 million “youth fund” to underwrite programs that will attempt to direct young people toward productive activities and away from violent crime.

Hogan begs to differ. In fact, Hogan went out of his way to sniff at Pugh’s approach as inadequate, even misguided. He sees tougher sentences, even without suspension, parole or probation, and greater deployment of state-controlled law enforcement resources into the city as the answer to Baltimore’s increasing gang violence and gun-related crimes. Republicans, including Hogan, have been critical of judges as well as sentencing policies.

Hogan, who’s up for reelection next year, plans to introduce emergency crime-fighting legislation when the General Assembly convenes in January. The package would deal with repeat offenders, minimum penalties for gun offenders, laws targeting gang violence, trying cases across jurisdictional lines, and heightening the visibility of a coordinated presence of State Police, Transit Police, capitol police and U.S. marshals, all of which would give Baltimore the look of an Arnold Schwarzenegger Terminator set. Hogan’s white, suburban and rural supporters love his hardline anti-city talk in much the same way Trump’s base sucks up his fake news claims.

The Republican Party of compassionate conservatism no longer exists. It has been subsumed by the nationalist authoritarian shenanigans of Trump, who has terrorized GOP officials and the Republican National Committee into following his impulses and dictates (to call them policies would be blasphemy.) Witness how GOP officialdom fell into line once Trump formally endorsed Moore for the Senate, one accused sexual predator embracing another.

At the core of the Republican meanness is the brazen Darwinian notion that screwing each other improves the breed. It assumes, of course, that they are the fittest and are entitled to survive and the rest are condemned from birth. Democrats might take the advice of the world’s foremost political consultant, Niccolo Machiavelli: “It’s better to be both loved and feared.”