It’s easier sometimes to foster blight on society than it is to achieve political consensus for the good of all. 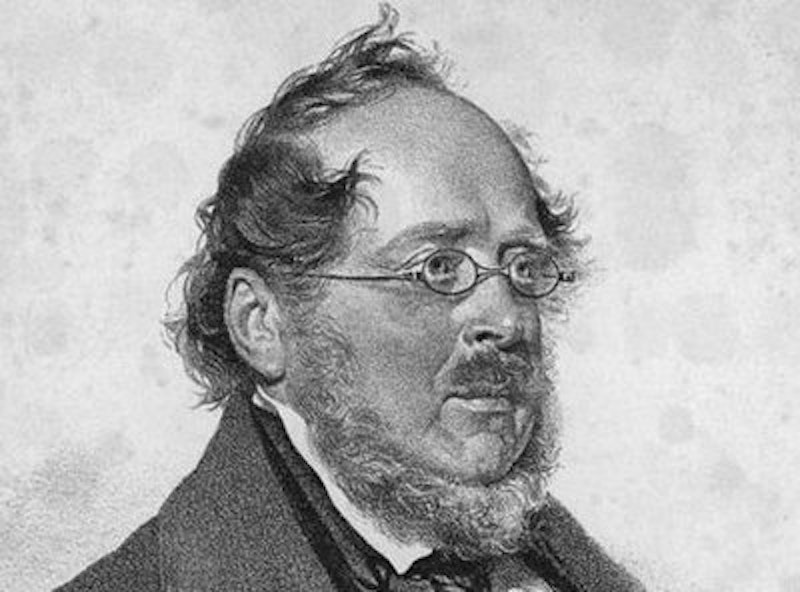 The deficit dove seeks to shrink the national debt during the upward economic cycle. The deficit hawk seeks to shrink it during the downward cycle. Both birds look at the economy from the same flawed premise, and differ only slightly in their conclusions. Why slightly? Because most often than not, both sides agree to implement pro-cyclical fiscal response.

Instead of taking into account the other half of the balance sheet, they look at the government’s net fiscal position as if it exists in a void, and not against the rest of the world (the domestic private sector and the foreign/external sector). Doves and hawks are obsessed with growth in order to slash the debt and deficit. But that’s just one half of the balance sheet. The other half is the non-government sector’s financial savings and net financial surplus. I don’t wish to go at length about this mass delusion, which is ingrained in our collective conscience (no matter what country we’re from). Instead, I’ll invoke the wise words of a few dead people who didn’t regard money as an obstacle to getting things done.

The creator of the German railways, Friedrich List, spent 12 years in the United States, where he was able to experience the American System of Political Economy. List had to face the same aversion we see today in the mainstream and collective conscience—“How are you going to fund this?” and “Where will the money come from?” In response List wrote a treatise, “On a Railway System in Saxony as the Foundation of a General German Railway System,” which appeared in the year 1833:

"People say that we do not have, here in our region, any such amount of capital, not so much ready money for undertaking such a gigantic national work... As for the financial point, we need not fear any further objection from sensible people, once it is pointed out that the capital so used bears the highest rate of return in the country. With that as a premise, no expense can be found that is too great. Furthermore, Saxony, if it is serious about the undertaking, will have at its disposal more than a hundred times more capital and cash than required. That North America possesses more capital and more cash is not even true; most of the settling of accounts there is done with paper money, which we can create just as well here in Saxony. Here an amount of 4 to 6 million bank-issued bills of exchange make up one-third of the currency in circulation, while in North America, there are two and three times as many of these notes in circulation than ready cash.''

List nails it by saying that the object of credit is to be an instrument for settlement payments—and that the success of the USA lies in recognizing this feature. Further on he makes the distinction between commodities (gold and silver) and money (credit / debt) by saying:

"People will probably ask me, where will Bavaria get the money to complete such giant works [railways]? I answer, that I have not yet seen any silver or gold in any of the canals or railways. To build them we use only consumer goods, steel, stones, wood, manpower, the power of animals. But is there not a surplus of all this in Bavaria? To the extent that we transform this surplus into canals and railways, which are not yet in existence, we create permanent and enduring value, we create an instrument which doubles the productive power of the entire nation. The money, however, does not leave the country, it only settles accounts.''

List was the leading promoter of railways in Germany. In 1841 he summed up the advantages of that technology.

—It is a means of national defence: it facilitates the concentration, distribution, and direction of the army.

—It is a means to the improvement of the culture of the nation... It brings talent, knowledge and skill of every kind readily to market.

—It secures the community against dearth and famine, and against excessive fluctuation in the prices of the necessaries of life.

—It promotes the spirit of the nation, as it has a tendency to destroy the Philistine spirit arising from isolation and provincial prejudice and vanity. It binds nations by ligaments, and promotes an interchange of food and of commodities, thus making it feel to be a unit. The iron rails become a nerve system, which, on the one hand, strengthens public opinion, and, on the other hand, strengthens the power of the state for police and governmental purposes.

List and his ideas weren’t embraced by his contemporaries, and his end was a tragic one. Suicide.

The second lesson comes from Hitler, and his words sound like this:

“We were not foolish enough to try to make a currency [backed by] gold, of which we had none, but for every mark that was issued we required the equivalent of a mark’s worth of work done or goods produced… We laught at the time our national financiers held the view that the value of a currency is regulated by the gold and securities lying in the vaults of a state bank.” Adolf Hitler, 1937 (Cornelius Carl Veith, Citadels of Chaos, Meador, 1949.)

Hitler’s major wasn’t in economics. He simply understood what Gottfried Feder was saying. Feder was a civil engineer and a self-taught economist. He was one of the first members of the Nazi party, and the party’s economics theoretician. Feder was pro-fiat money and against usury. He also desired the death penalty for war profiteers. Needless to say, the laissez-faire and militarist factions within the party didn’t like him. Yes, he was a racist, but that doesn’t invalidate the fact that he was a competent economist. The same goes for Hjalmar Schacht.

Why invoke Hitler’s take on fiat money and economics? Because his explanation was correct. Fiscal and monetary operations have no ideology. In the absence of the “We don’t have money” excuse, what were the results? In five years (between 1933 and 1938), the Nazi Government rebuilt the army, built industries and infrastructure, eliminated unemployment, real wages grew above 10 percent, and all of this in a climate of price stability.

Contrary to popular mythology, the hyperinflation years didn’t bring the Nazis to power. A careful study of all hyperinflations throughout history lists the following reasons: collapse in output, loss of a war, political instability, brazen corruption, the end of a fixed exchange rate tied to a strong currency. The overproduction of money is a consequence of a crisis of hyperinflation, not the cause of it. In the case of Weimar Germany, loss of territories and output capacity along with the (unreasonable) terms imposed by the Versailles treaty (printing money to buy foreign currency and pay the war debts) ensured prices would skyrocket. The end of WW1 wasn’t the end of “the war to end all wars.” It was just a ceasefire.

So what brought the Nazis to power if not hyperinflation? Austerity. During the years of skyrocketting prices, the percentage of Nazis ranged below four percent (see the 1928 elections). Well before 1930 hyperinflation had been tamed. The government imposed harsh austerity measures in the early 1930s; this increased unemployment drastically and it also gave the Nazis their first success (18.3 percent in September 1930). Two years later, the effects of growing unemployment and poverty drove Hitler to 37.2 percent in the 1932 elections. This graph speaks for itself. 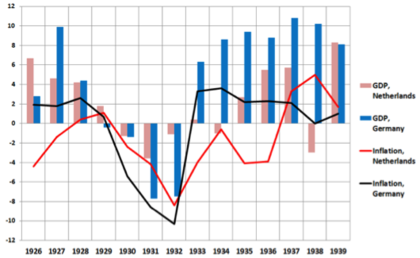 The third dead person is Kenneth Boulding, an American economist (unknown by many of his living peers). His words are from his book, The Economics of Peace (1945).

“The… fetish of the ‘sound’ school is the balanced budget. Drawing an entirely false analogy from personal and business life, the conservatives argue that just as a private individual must balance his budget, so must a government. Oddly enough, this rule is relaxed in time of war—it is apparently quite proper to finance the destruction of life and property with a budget deficit, but not proper to finance slum clearance, good nutrition, and prosperity!”

Perhaps liberals were different in 1945, but nowadays they are absolutely addicted to this household myth.

Last, we have the words of Carl Menger, the founder of the Austrian School of Economics. If you ever encountered fans of Rothbard, Ayn Rand, Mises, Hayek, etc., you’ll find that the founder’s views were very different to those of the aforementioned characters and their diehard followers.

“Government thus has to intervene in economic life for the benefit of all not only to redress grievances, but also to establish enterprises that promote economic efforts but, because of their size, are beyond the means of individuals and even private corporations. These are not paternalistic measures to restrain the citizens’ activities; on the contrary, they furnish the means for promoting such activities; furthermore, they are of some importance for those great ends of the whole state that make it appear civilized and cultured.

“Important roads, railways and canals that improve the general well-being by improving traffic and communication are special examples of this kind of enterprise and lasting evidence of the concern of the state for the well-being of its parts and thereby its own power; at the same time, they constitute major prerequisites for the prosperity of a modern state.

The building of schools too is a suitable field for government to prove its concern with the success of its citizens’ economic efforts.” Carl Menger’s Lectures to Crown Prince Rudolf of Austria.

As a currency issuer (currency monopolist), you can’t run out of your own IOUs. Money is not a physical constraint, but a political one. The real constraints are available labor, land, materials, and know-how (technology level). The executive branch proposes the budget and the legislative branch approves it, with or without modifications. It’s easier sometimes to foster blight on society than it is to achieve political consensus for the good of all. By not investing today in infrastructure, education, health care, and in environmental protection, future generations will inherit a darker world.