Now Back to Worshiping Government

Theocrats are bad, but so are all crats. 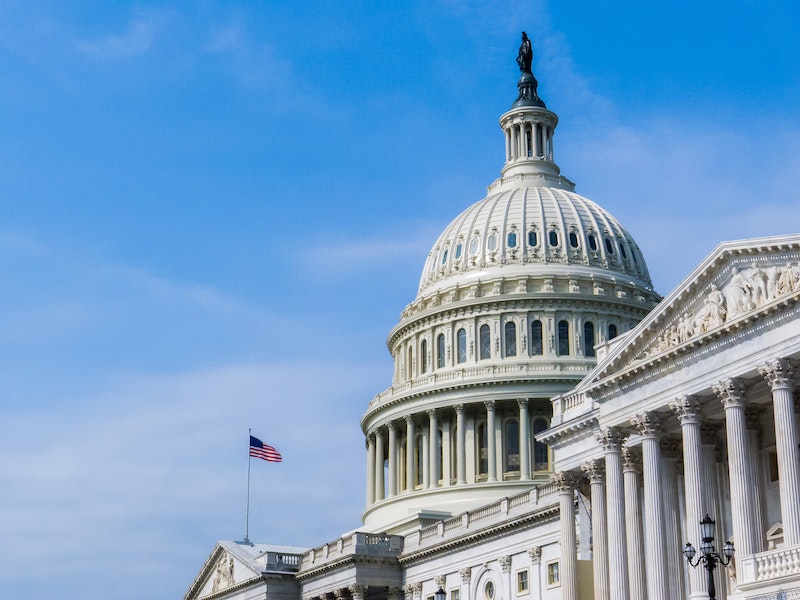 We all by now agree partisanship is stupid. However, only when you see that it is also boring does it truly begin to lose its grip. As long as you’re in the fight and excited about it, you end up condemning the other party’s partisanship but not your own party’s, and you’re right back on the old Mobius strip, having merely done an additional lap.

So, for the past few weeks we’ve been subjected to people saying Roy Moore should go away if Franken goes away, or Franken shouldn’t go away unless Trump goes away, or some other such variation. Be principled: admit they should all go away, along with all other politicians.

I suspect Roy Moore would’ve been too stupid and ignorant to have had a very significant effect on the Senate beyond adding one more vote in the R column from time to time, but I should be able to condemn him without immediately wandering off into calculations about which party will have how many seats where. I doubt most of his craziest ideas, such as thinking the Bible is automatically incorporated into earthly law or that it’s treason to kneel during the national anthem, would have generated much more than laughter in the Senate, but he didn’t deserve to be there regardless of his practical impact. Then again, any institution with theocratic (or non-theocratic) pedophiles (or socialists) in it probably has about 100 too many members.

Arguably the least-bad member of the Senate, libertarian-ish Rand Paul, was wrong to endorse Moore. Paul could have seized an important opportunity to explain that one can be an intensely religious lawmaker without also being, like Moore, a theocratic authoritarian. Paul is on far safer and more familiar ground when, say, pointing out the absurdity of our failed pre-Trump policy of stymieing Assad’s fight against ISIS or when saying, as Paul did recently, “We should obey our rules, stop the deficit spending, and shrink government.” Exactly.

And the last thing a libertarian, even a very Christian one, should want in the Senate is someone who thinks government is there to be God’s enforcer on this plane of existence. That’s no way to keep leviathan limited, as it should be.

It becomes harder to convince people (as Andrew Sullivan has admirably attempted to do) that the Supreme Court should find in favor of Christian bakers who don’t want to bake gay wedding cakes if you sound too friendly with people who also want to arrest gays, as Moore apparently does, after denying them cake. (This goes both ways, so to speak: If you want to use the law to force bakers to make gay wedding cakes, you’ll have a harder time convincing people gay culture poses no threat to heterosexuals’ freedom. Everyone should back off.)

Even when I go to the trouble of hosting nice, civil live debates here in New York City, I can’t promise one of the debaters won’t years later go on to encourage forming race-based homelands, as does Richard Spencer, who I knew a bit before he became America’s go-to white supremacist. Now he’s embracing socialism on top of it all, so he’s got nearly the whole Nazi package (including being tidy and punctual, which counts for something). Needless to say, I disagree with him—but then, I’ve disagreed with almost everyone at the debates I’ve organized and disagree with almost everyone else on the planet, come to think of it.

Instead of obsessing over each election and each legislator, I will hope, in my rare optimistic moments, for bigger seismic shifts, such as government shutting down on the 22nd when a stopgap spending plan runs out (and maybe for once just staying shut down forever). Or maybe Bitcoin replacing all printed currencies (preferably before Carlyle Group-style semi-loose-money debt-ceiling-raiser Jerome Powell becomes the next Fed chair). Or maybe all those people obsessing over the influence of the Russian government realizing that the influence of the Democrats and Republicans is also extremely creepy (as former Libertarian Party presidential candidate Gary Johnson has recently pointed out).

And who needs Russians when, thanks to the sloppiness of the Republicans’ recent tax bill, some wealthy Americans are already facing possible 100 percent tax rates? Sounds like full communism has already been achieved, comrades. Maybe next the Republicans can take up affirmative action reform in a hectic legislative session and accidentally pay a trillion in slave reparations.

Again, though, I’m past blaming any one party—or nation—for the rampant governmentophilia. The new prime minister of New Zealand is much liked and utterly clueless about economics, condemning capitalism like the socialists who held her country back in mid-century. Not that I’m defending, say, the long-term stability of the quadrillion-dollar derivatives market. Insanity abounds—but if you think government is a safe means of limiting it, remember that some panicked Democrats find themselves so worried about Trump’s sanity and slurred speech right now that they’re talking about invoking the 25th Amendment and ousting him for mental incapacity. Far less need to do that if there’s no presidency in the first place.

The world would also be far safer if, in addition to eliminating the positions of senator, Fuhrer, Fed chair, prime minister, and president, it eliminated representatives. Sure, they’re the part of the federal government “closest to the people,” but judging by recently-resigned John Conyers, sometimes you don’t want to get close with your representative. You certainly don’t want your representative issuing death threats, and though few seem to care enough to report on it much, Jake Tapper pointed out that one former Conyers intern said Conyers dropped heavy hints about the fate of murdered intern Chandra Levy back when he was warning his own intern she really, really shouldn’t reject his sexual advances.

The easy question is “Was that creepy on Conyers’ part?” The more daring question is, “Is there a whole culture of intern-murdering politicians up there on Capitol Hill that we ought to be scrutinizing much more closely?” It wouldn’t be that shocking in the case of the Conyers family, since his son was arrested just last year for stabbing his own girlfriend—and still the people of Michigan talk about electing one of Conyers’ offspring to replace him, as if we live in a monarchy. Leave the multigenerational political murder intrigue to England.

Maybe it’s no surprise politicians so often sympathize with criminals instead of the criminals’ victims, producing absurd legislative pushes like Philadelphia’s current talk of making it illegal to use bulletproof glass in your store, since it might insult your customers, who don’t like to be thought of as violent. And in Philly, you really don’t want to insult those customers. They might shoot the place up.

For all the horror government causes, I will at least take some consolation in knowing Chile isn’t leaping into the socialist cesspool with devastated Venezuela if Chileans vote this Sunday to elect the mostly-pro-market Sebastian Pinera instead of his socialist opponent. That election gets closer to the heart of the real conflict in this world, between the governed and the governing, than does a sideshow like Jones/Moore. Good luck to Chile. We need to keep at least a few nations on this planet functioning until Roy Moore’s God sees fit to destroy it all.

—Todd Seavey is the author of Libertarianism for Beginners and is on Twitter: @ToddSeavey.