A Theme on Elegant Variation

Or a discourse on paraphrase. 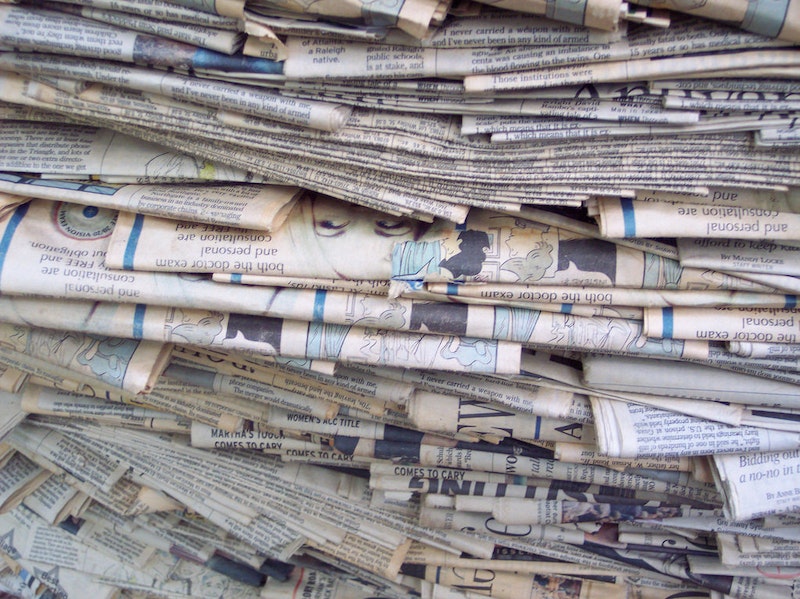 I worked for a man who had good advice about news writing. If your life depended on making your point, how would you do it? You wouldn’t say “Extend the filament so I can salvage my personal situation.” You’d say “Throw me the rope.” The same for news writing. Speak plainly and be understood. For example, “missive” is a bad idea. But here we have Annie Karni at Politico: “Instead, they would simply try and bury the more damaging 140-character missives under a cascade of more benign Twitter content.”

Trump’s aides tried to bury his more embarrassing tweets under tweets that weren’t embarrassing. Karni, square your jaw and use the same word twice, and then another word twice as well. Repeat, Karni, repeat! But not “more,” that’s clumsy. Avoiding “tweets,” the sentence arrives at “140-character missives” and “Twitter content.” Meanwhile, it accepts that heavy pair of muffins, “more damaging” and “more benign.” Karni has no idea what speeds up a sentence and helps it arrive at a point. She knows you’re not supposed to repeat, so she feels dumb when she finds herself repeating. Therefore, she wads extra words into the sentence until they protect her from this feeling.

That sin is known as elegant variation. My boss loved to talk about it and I couldn’t stop him. “The flakes,” I’d say. “The white stuff.” This was to assure him that I knew the idea, which I did. As a teenager I’d read a funny opinion piece in a magazine—possibly Newsweek—and it laid out the synonyms for snow as used by a typical paper when reporting a blizzard. By the fourth paragraph it was “the flakes,” and by the sixth paragraph, “the white stuff.” But my invoking these phrases did nothing to quiet Jim down. He liked to hear himself.

I wish he could meet Annie Karni, or just about anyone currently with a byline in political reporting. He’d find his dance partner at last, the person who needed the words he was saying. The standard for American news prose has always been modest; now this modest standard has slumped, not to say crumpled—one thinks of a burst mattress with springs poking out and cans nearby and rubber boots. The Internet must have done this harm, but something else did too. What? Well, everyone has to be special, everyone has to make a display. This perennial trait has flourished like crazy during our modern age. So many jobs now come with an audience, and the people attached to the jobs think that the audience is theirs.

The creation of newspapers caused a flock of people to think they were authors when they were fact collectors whose job included the regular writing down of findings. To be French about it, technology made this situation possible by speeding up the ways information can be gathered and spread, and now that technology has accelerated its pace still further (those Internet deadlines are tough) what journalism throws over the side isn’t author’s vanity but verbal competence.

This is a revealing choice. After all, the Internet’s pace might conceivably focus news writers. The pitfall would be Newspeak or Scoop-like telegraph prose (“upstyle speedwise”). The happier outcome would be for reporters to drop their flourishes. They say it’s easier to write a long letter than a short one. But it’s faster to type “tweets” than it is “140-character missives,” and this matters more as the deadline gets closer. Unfortunately, though, it never matters enough. Annie Karni won’t do it, and I find she’s typical. As the Internet tightens the reporting day, verbal gunk hasn’t been squeezed out. It’s proliferated.

Jim also had a rant about Gresham’s law and the selling of Kentucky Fried Chicken in China. Bad drove out good, he said. I’ll settle for saying that our machines get smarter but we stay crappy. Or that our filaments may be extended, but that our personal situation is very much unsalvaged.