Somebody just flunked one of history’s stranger tests. 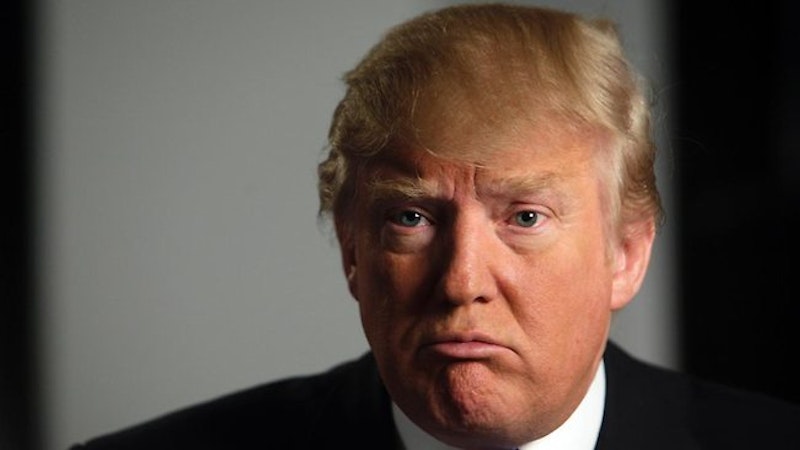 Ross Douthat’s recent column provides new ammunition against Ronald Reagan and his theory of Martian invasions. The old President used to say that, after all, east and west would band together if alien invaders appeared in the sky. “Here come the little green men,” Colin Powell is said to have remarked when the President got going.

Reagan’s idea never sold me, because look at earth. White faces would show up on pre-Columbian, African and Asian coastlines and make deals with local factions. One faction got to do in another until finally all the factions had been broken down. Then the white faces ran everything, and a gaggle of the luckier turncoats trotted behind them. I figure the same would happen if aliens showed up: some clowns would sign on with the invaders. Kent Brockman, an anchorman, welcomed our ant overlords. But I always suspected the clowns would be Republicans.

Now the GOP is undergoing the closest thing to an alien invasion that reality permits. Douthat knows more about Republicans than I do, and he says the party’s knuckling beneath the big orange invader because GOP factions—that’s the establishment, on the one hand, versus the activists and the media hustlers—can’t bring themselves to set aside their differences. Many of the Trump converts, Douthat says, are “clearly motivated by grudges and fears instilled by the party’s civil war, and by a sense that even though Trump might represent a grave threat to their vision of Republicanism, it would still be better to serve under his rule for a season than to risk putting their hated intraparty rivals in the catbird seat.” For now they’d rather see an outsider on the throne.

So far neither faction has used Trump to destroy the other. But wait, the situation is going to evolve. Because if the factions think the way Douthat describes, they’re really not good at thinking. Robert O. Paxton’s Anatomy of Fascism tells us, “Crises of the political and economic system made a space available to fascism, but it was the unfortunate choices by a few powerful Establishment leaders that act actually put the fascists into that space.” As Paxton presents it, Mussolini didn’t become premier through force, and Hitler didn’t become chancellor through votes. In each case the ruling order had a choice, and factions of the ruling order—conservative factions, of course: industry, the nobility, the military, and in Italy the throne—decided that their best move was to put Mussolini and Hitler in nominal charge. And once inside, Mussolini and Hitler took over for good. Trump is only quasi-fascist and not big on organization, but he loves power. My guess is there’s a big orange face that’s going to run the GOP longer than the smart guys bargain for.

A last point. Douthat’s column focuses on the party movers-and-shakers, such as they are, and their failure of will. But Republican voters faded too. Trump was on the ropes in Wisconsin, and then the voters who didn’t like him decided not to turn out. They weren’t calculating how to keep one faction or another off the throne. They just gave up. My guess is they saw no reason to rescue their party. It’s done nothing useful and inspires no confidence, not even in its followers. This fact is catching up with people. I hope that includes pious young conservatives who write columns.

Speaking of which. “This is a race where a segment of the Right didn’t simply lose its mind, it decided that the mind doesn’t matter,” writes David French in National Review. Well, wait. When Ted Cruz is the mind’s representative, the mind has lost a good deal of value. It’s become devoted to debaters’ points and legal tricks, and it pursues stand-on-one-leg Bible justifications for making innocent people suffer. But French pursues his point. “Arguments about policy are greeted with accusations of arrogance,” he says. “The pointing out of contradictions is cast as condescension. Indeed, the very act of arguing against Trumpism is seen as irrefutable proof of weakness, of ‘selling out,’ and of fear.”

Why does David French hate America? He should sit on the losers bench with prissy Al Gore. The two of them can point out contradictions, talk some policy.