Let the Haidt flow through you. 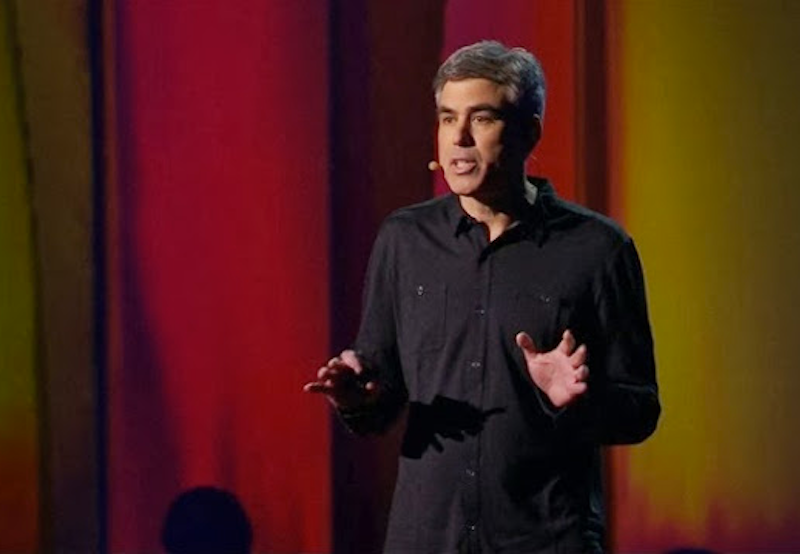 Jonathan Haidt is the NYU psychologist who wrote in The Righteous Mind about how political attitudes form. I’ve watched his career with great interest over the past few years because he’s a great example of how striving to be an objective moderate who looks at the facts has a tendency gradually to turn one into a libertarian. Reality does that to people.

As he explains in detail in that great book, he was a moderate Democrat and advisor to the John Kerry campaign who was open-minded enough to grow fascinated by the fact that conservatives and liberals really do seem to have slightly different personalities—and thus to intuit in slightly different fashions about the same moral and political dilemmas. His great hope was that by understanding each other’s psyches, we’d be less prone to demonize the enemy. People are rarely acting out of sheer sadism.

But there was a caveat to the whole story upon which I couldn’t help fixating: he noted briefly that libertarians are an exception. You might be able to predict what leftists and rightists will think based on the emotional tendencies they’ve had since childhood—but libertarians show a unique ability to set emotion aside and draw conclusions based on facts and logic. This didn’t immediately transform Haidt’s own views, but I thought he might bear keeping an eye on. After all, how can one conclude (in effect) that libertarians are the sane ones without being drawn back to further examine their worldview, perhaps even in time to adopt it (though we could still be mistaken, of course)?

Indeed, Haidt has become more libertarian since, a shift shown in, among other things, his recent article “The Coddling of the American Mind” about the animosity toward free speech on college campuses, written with Greg Lukianoff from the Foundation for Individual Rights in Education (FIRE). I suggest, though, that there comes a point when one must take a further step: turn back around and, out of sheer intellectual honesty, not just combativeness, question one’s starting assumption that rival political factions can’t be, well, evil.

I fully grant that it’s very rare—rarer than most pugnacious idiots casually assume—for anyone to push a political agenda for the conscious purpose of increasing suffering or just deliberately doing the wrong thing. What human being, aside from a few sociopaths, has that kind of motivation?

On the other hand, if we conclude, perhaps with a sense of dawning horror akin to what Haidt might’ve felt as he found himself drawn toward libertarianism, that pro-government people have certain recurring psychological attributes—ones currently lauded by the culture out of political ignorance that shouldn’t be lauded—isn’t there a point at which we can say, “You intuit that governing other people is a good thing to do? Well, this likely flows from a common character defect. You are not a demon, just an ordinary human, but you may well be a jerk”?

To give a stark example, there comes a point when you should stop saying, “He’s a good guy who loves the Communist Party’s firm hand, but I think some of his political projects work out badly” and start saying, “He’s the kind of brutal monster who loves watching farms collectivized and dissidents shoved into gulags.”

To give a more mainstream example, yesterday at Cannes was the premiere (in between unannounced fake terror-attack drills featuring ISIS flags and crowd-alarming realistic soldiers, but that’s a scandal for another time) of the documentary Clinton Cash, and even MSNBC says it shockingly connects the dots, powerfully suggesting the Clinton Foundation is a vast bribe-taking machine by which the Clintons serve foreign dictators (with some $100 million reportedly coming in from Middle East autocrats alone).

Some of the most decent, warmhearted political thinkers in the world—including friends of mine—would say that we ought to weigh Clinton’s policy views and foundation activities without regard to theories about her motivations or personality. But is that really making the wisest use of available evidence, including evidence about her psyche? Is it so hard to believe that while we should never leap to the conclusion our enemies are jerks, they might in fact turn out to be jerks? Aren’t the best theories the ones that most efficiently explain all the available evidence, sometimes evidence drawn from psychology, as Jonathan Haidt well knows?

There’s a point at which it’s irresponsible to avoid the dawning realization your neighbor is a serial killer, and I think we’re way past the point at which we should’ve realized as a society that most politicians are sociopathic, self-serving predators, the Clintons plainly among them. (And Trump’s top advisor practically works for Putin, so none of the above should be met with the pseudo-retort, “So you like Trump?” I do not, and his psychological problems may be even more obvious.)

So the next time, say, the government takes away the pet raccoon of that lovable hillbilly seen dancing with his raccoon on YouTube a few years ago (the authorities said they’d keep the poor beast in a cage or release it into a wilderness it had never known, to forage or be hunted), can we stop assuming those who govern, those who arrest, those who devise rules by which other humans (and animals) must live are well-meaning?

It was a sweet, reasonable, cautious, admirable starting assumption. I think the accumulated psych data of several centuries shows that assumption was false. Politicians are evil. Time to become libertarian. Then time to end government completely.