One In Five College Women Probably Not Sexually Assaulted 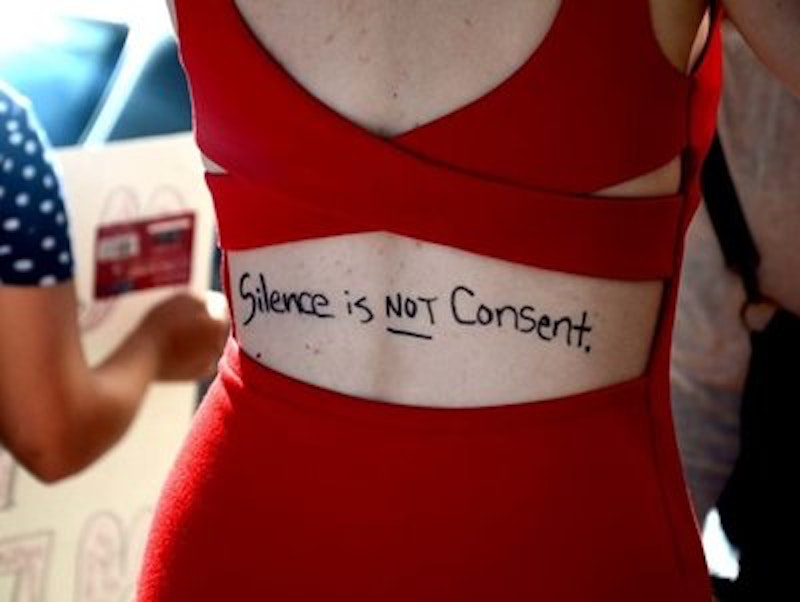 By now, everyone knows that "one in five" female college students will be sexually assaulted before they graduate. You hear it everywhere. The pundits love it, and so do college activists and politicians, including both President Obama (who also repeats the "77 cents on the dollar" myth) and Vice President Biden.

"One in five" makes for a very powerful sound bite, but break it down and you get another story. Starting with provenance, it comes from a 2007 Internet study, "The Sexual Assault Study," by the Justice Department's National Institute of Justice. It was based on 5446 paid responses at two large, unnamed universities. Sexual assault was broadly defined as anything from unwanted touching and kissing to full on forcible rape—one category fits all. Only 3.4 percent of the respondents claimed forced rape, while 8.5 claimed incapacitated rape.

While it's not difficult to spot the overly-broad categorization problem here, it eludes some pundits on the left. Rich Lowry, editor of the National Review, called the one in five stat “bogus" on George Stephanopoulos' TV show. CNN's Van Jones was outraged, and responded bizarrely. “Can I kiss you?” he said. “Can I kiss you here against your will? That’s an assault.”

Drawing national conclusions from a two-university study is impossible, but advocates cherry-pick statistics that further their agenda, and then the President repeats them. A 2014 study from the Federal Bureau of Justice Statistics found that one in 53 college women were victims of rape or sexual assault before graduation, and that campus sexual assault has been on the decline since 1997. It all depends on how broadly you define sexual assault.

The name of the game is to define it as broadly as possible in order to inflate the severity of the problem. Laura Dunn, executive director of sexual assault prevention group SurvJustice, believes an unwanted kiss at a college party is "harmful." “I think there’s an idea in our society that says if a man’s not using a gun or beating a woman," she said, "then it’s O.K. to be pushy and aggressive, or to wait until she’s drunk." Feminists tend to overreact to any activity that has a sexual component.

Unwanted kissing, ass-grabbing or any sort of uninvited intimate physical contact is wrong, and should be punished just like any other socially unacceptable behavior. Try it on a woman who was raised in the rougher part of town and see where it gets you. You'll learn a quick lesson because they, unlike the middle-class women modern feminism is concerned with, learn at an early age how to handle themselves in such situations. I once saw a waitress—a friend of mine—in a downtown New York City bar effectively deal with a guy who had grabbed her ass. She was upset, but hardly traumatized (he looked traumatized though), as many feminists would insist she was. I should point out that this woman was from the swanky Riverdale section of The Bronx, proving that it's not only the street kids who learn survival skills.

Laura Dunn's categorizing unwanted touching alongside situations where a man uses a gun or beats a woman reflects feminism's infantilization of women and its desire to broaden the definition of sexual assault. The message is women are equally helpless, and always traumatized, in either situation, which is silly. Don't dare suggest measures that women can take to deal with these situations, because that’s "victim blaming.” The feminist solution is always to change male behavior, despite the fact that a certain percentage of males are sociopaths whose behavior won't respond to their efforts to end the "rape culture" that they imagine exists.

SurvJustice advertises itself as "sexual assault prevention" group, but it offers help to women only after they've become sexual assault victims, so it doesn't really prevent much. The burden of prevention goes to the people who are actually are concerned with their welfare, as opposed to furthering a political agenda. This is why, for example, sensible parents advise their daughters to exercise caution when attending frat parties.

For a study on college students to have any meaning, its findings have to be compared to the non-university world. The National Institute of Justice study only included students, but the Bureau of Justice Statistics study found that non-students are 25 percent more likely to be sexually assaulted than students. If college campuses are hotbeds of "rape culture," then what is American society in general? Go to Afghanistan if you want to see an actual rape culture.

If one in five college girls are sexually assaulted on campus, you'd expect students would be alarmed, but a Washington Post-Kaiser Family Foundation poll of students found that only 37 percent of them find it to be a problem. The real problem is alcohol abuse. Two-thirds of the students in this poll who said they'd been assaulted had been drinking right before the incident, and 56 percent feel drug and alcohol abuse is a problem. Drinking, for all its pleasures, is a very dangerous activity that can end badly. Feminists can proclaim the bogus one in five figure all they want, just as they falsely claim women make 77 cents on the dollar, and it won't fix the real problem. They ran out of solutions long ago.