The Science of Political Communication

As the years crawl by, a small, flat version of whomever is elected will infest my living room. 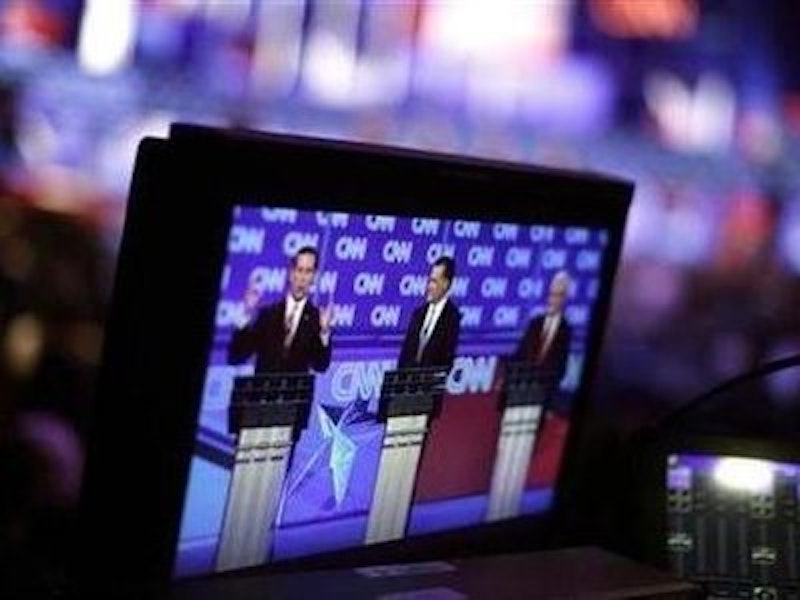 If I were to vote my own self-interest in the upcoming presidential election—assuming that Hillary Clinton is the Democratic nominee—I'd certainly be voting for Donald Trump. That's because I’m a news junkie. Insofar as I remain conscious, I'll have to watch whomever is elected for at least four years, all the time, on cable.

How will Trump's trade policies, as opposed to Clinton's, affect my scrawny white bottom line? How will their rival approaches to tax policy, immigration, or war ramify through my tiny life here in my little corner of the world? No idea, really.

Whatever fateful crossroads our nation may stagger toward in the next decade, I know I can count on President Hillary to favor whatever is polling well. But I’ve no idea where those crossroads will be, much less what approach the polls will dictate at that moment.  And I’ve no idea what Trump might do at all. But one thing is certain. As the years crawl laboriously by, a small, flat version of whomever is elected will infest my living room. The voice of whomever is elected will echo through my skull and provide a goodly proportion of the topics of conversation. I’ll see more of the next president, if this is possible, than I will see of Samuel L. Jackson.

I should be enjoying the upcoming years. And yet if Hillary is elected, she’ll do precious little but robotically emit focus-grouped catchphrases day after day until my life consists of meaningless suffering. By 2019, I'll be begging yet again for the release of death. On the other hand, if Trump’s elected, things may go terribly wrong, or they may go great again. But they’ll go wrong or right in unpredictable, extremely amusing ways. He'll call up cable news and pretend to be his own press secretary. He'll launch a Twitter war with Kylie Jenner and Angela Merkel. He'll gild the White House. Melania will be the first lady, which is in the interest of all heterosexual men such as myself.

Does this approach luridly display my superficiality, my moral emptiness, privilege and cynicism? Yes. I’ll now attempt to twist it into a serious argument. American political discourse has been unbelievably repetitive, dull, false, and stupid at least since the Clinton 1990s. The science of strategic communications, in which the only motivation for speaking or writing is self-evidently to control people's behavior by trigger words, has produced some of the very worst political rhetoric in the history of our species, tantamount to politburos mumbling pseudo-Marxist mumbo-jumbo or mad King George gibbering.

Bill Clinton was pretty gifted at making the research on human manipulation seem human, but even if there had been any profit in it, it was impossible to pay attention to Al Gore in 2000, John Kerry in 2004, or Hillary in 2008. Perhaps that's the strategy, really: if you say nothing and say it a thousand times with exactly the same inflection, it’s harder to make a mistake, and you hope to sort of lull everyone into a semi-conscious trance.

The ancient Athenians who invented democracy understood it as based on discourse, as essentially employing the art of rhetoric or persuasion. But they also understood persuasion and truth as intrinsically connected. Aristotle, for example, said "We must be able to employ persuasion, just as strict reasoning can be employed, on opposite sides of a question, not in order that we may in practice employ it in both ways (for we must not make people believe what is wrong), but in order that we may see clearly what the facts are, and that, if another man argues unfairly, we on our part may be able to confute him."

Pericles, and for that matter Lincoln, or King, speak compellingly in part because they speak the truth, a truth convincingly connected to themselves and the world. By the same token, the political rhetoric formulated by campaign consultants, like the politburo's or the Mad King's, is boring and stupid in part because it's false: not connected in the right way to the person speaking it or to the realities of which it speaks. This is one reason American democracy has atrophied.

Now, I'm not crediting Trump as a truth-teller in every dimension, but he’s certainly intervened in the “science” of political communication. Unpredictability and humor are valuable foils to Hillarian roboticism. That doesn't make him Pericles, but I do find it comforting as I gaze wonderingly into the future.

—Crispin Sartwell is the author of How to Escape, a collection of essays.