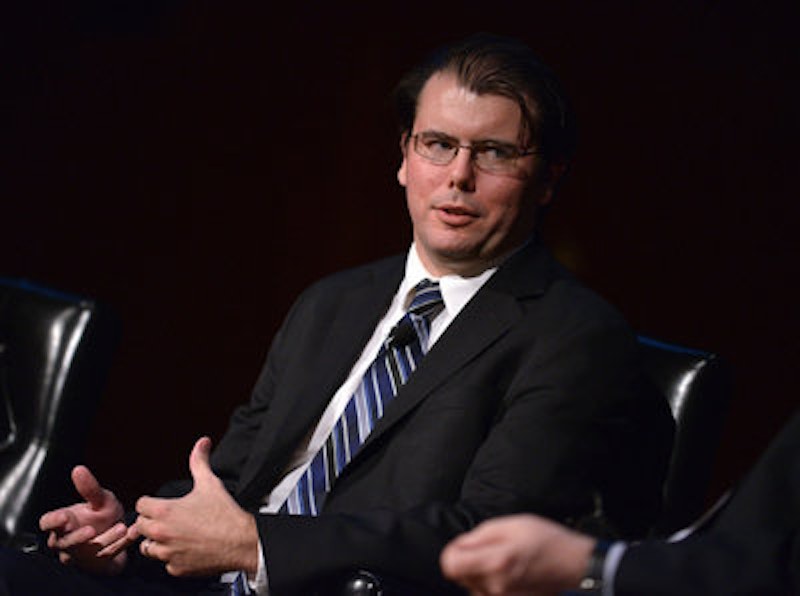 Apocalypse is appealing, not to mention validating. If the oceans rise and drown Florida, people who predicted that get to say, "We told you so." Plus, the drowning would probably cause our government to pass some sort of climate change legislation. The end of all things has a way of sweeping away policy roadblocks. Full-blown catastrophe has its downsides, but at least it shakes up the status quo.

You can read the prayer for cleansing fire between the lines of Daniel Larison's cranky response to the results in Iowa. Larison is a foreign policy expert, who writes in the honorable tradition of conservative non-interventionism. He’s regularly reduced to paroxysms of rage by the current Republican Party and its policy of all war, all the time.

Larison, understandably, wants the GOP to die so he can stomp upon its remains. He hopes it’ll wither and decay—and the hope for what should happen tends to splash over into his predictions. He's long touted Donald Trump, not because he can stand the candidate, but because to him Trump stands for the flaccid decline of the wretched establishment. The success of the belligerent reality television star seems the natural apotheosis of the belligerent Republican Party. The GOP establishment has created the monster that will destroy both them, and their loathed war-mongering spawn, Marco Rubio.

That narrative took a blow in Iowa, where Trump looked weak, and Rubio emerged in pretty good shape. But you'd never know it from Larison's response, which scrabbles around searching for evidence of an outsiders’ revolt that will topple the old order once and for all. Votes for Ted Cruz, Larison argues, were votes for an outsider—though the people voting for Cruz almost certainly saw him as an evangelical Conservative, just like Mike Huckabee and Rick Santorum who won Iowa in 2008 and ‘12. Rubio's support is weak for someone favored by Party leaders, Larison declares—except that there are lots of perfectly respectable establishment candidates in the race, and Party leaders have clearly been waiting to try to figure out whom they like most.

Most desperately, Larison insists, "The 'establishment' vote seems likely to remain divided for a while because Kasich and Bush are very likely hanging on until they get to the Ohio and Florida primaries in mid-March." Anything's possible, I guess, but Kasich's already said he'll drop out after New Hampshire if he does poorly there. Bush hasn't been as explicit, but it's hard to imagine him sticking around once his donors start tell him to go away.

Larison's hope for the establishment’s fall is based not on Trump or Cruz or any outsider, but on the dream that boring establishment candidates will suddenly transform into mavericks, acting against the interests of the Party. And if those most committed to the Republican Party as it’s currently constituted turned on the Party, the GOP would be in trouble. But there's no evidence that that's going to happen. On the contrary, based on the exits of Scott Walker, Rick Perry, Bobby Jindal, and Huckabee, there’s every reason to think that when Republican candidates don't have a chance of winning, they’ll do what Republican candidates without a chance of winning have always done: drop out.

I'm sympathetic to Larison's viewpoint. Rubio is a hack and in foreign policy a bloodthirsty buffoon. He’d be a terrible president. Given that option, there's some incentive to root for Trump in the hopes that he'll get shellacked in November and force the Republican Party to remake itself. But that outcome was never likely, and is even less probable now. Maybe things will change and Trump will come roaring back. But meanwhile, it seems pointless to fix our eyes so desperately on the end times that we miss what's happening in the present.