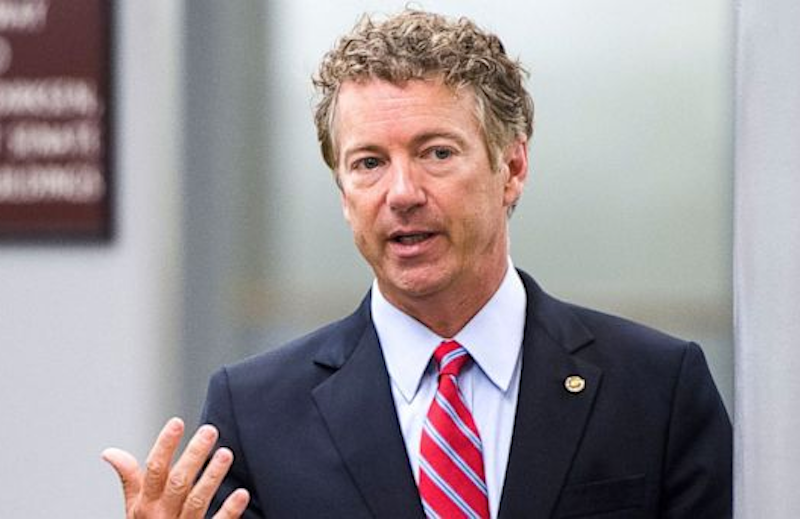 Rand Paul, the only major-party libertarian, has dropped out of the presidential race (as have Martin O’Malley, Mike Huckabee, and Rick Santorum—with Santorum quickly endorsing war- and surveillance-loving establishment goon Rubio). But it’s important to remember that even if Paul won—or Ted Cruz, taking up the quasi-libertarian banner with slightly less enthusiasm—democracy would still be a terrible thing.

There are those who will bristle at any blasphemy directed at our vaunted system—even some among my fellow libertarians, imagining themselves cautious and reasonable moderates rather than enablers of government. But it gets easier with each passing day to build complex, far-flung, voluntary, fluid, novel, temporary, convenient systems of social organization truly useful to their participants—and yet here we sit, nearly all of us living in dread, wondering what a majority of the small voting subset of the population will inflict on us next, desperately hoping some less-monstrous candidate will disingenuously triangulate his or her way into victory over some slightly more-monstrous candidate.

On some level, I suspect even the dumbest and most gullible of social democrats with their Bernie Sanders posters know the truth: that it doesn’t have to be this way. Shut down government, give individuals across the globe their lives back, and let a new age of prosperity and possibility begin. Or keep watching nervously to see if the top three Republican finishers from Iowa get bested by any of the three governors in this Saturday’s New Hampshire debate—or maybe by Ben Carson if they let him in (to the debate—I’m not suggesting there is any formal ban on black people in New Hampshire).

Even if we end up with another President Clinton this time around, though, we can see that Trump and Sanders are not really anomalies. We've run the liberal-democracy experiment many times by now, and it may just be that it tends to end with the right becoming fascist and the left becoming socialist. A courageous intellectual must dare to ask whether the creation of democratic governments was a mistake from the get-go. I’m not suggesting putting any authoritarian form of government in its place—I’m still Churchillian enough to think democracy the best form of government. I just think that means perhaps all forms of government are a bad idea, to be clear.

Move past this form of social organization, humanity, just as we did feudalism, monarchy, and slavery. And we need not plunge into chaos as an alternative, either, nor any spontaneous-collectivism form of anarchism, whether mobs or Occupy-style General Assemblies—that’s just government in sloppier form, rooted in the fantasy of perpetual unanimity. I mean stop governing each other altogether. All we need then is the personal force field device of property rights. Respect each other’s autonomy and no one at all need lord it over us all from above.

In the meantime, the most dispiriting thing about elections from a libertarian perspective is that in both major parties, it seems to be the least libertarian ideas that are alluring to voters. The Dems are eager to control your money, and most of the GOP happily stick up for, say, violent cops (who are little more than a uniformed gang, it should always be remembered, who do things like this and, when no cameras are on, do things far worse).

The problem isn’t just figures like Trump—who was tweeting like a pouty man-child yesterday over Cruz’s ever-so-slightly-fishy Iowa victory. The real problem is every well-meaning sap who tells you we’re at our best when we come together at the polls and participate in governance. No, we are being invited to wield power over each other when we come together at the polls, which is an ugly business. Government is humanity at its worst, and democracy makes us all guilty, deluded participants—while it lasts.