She tweets too much, and it's often sloppy. 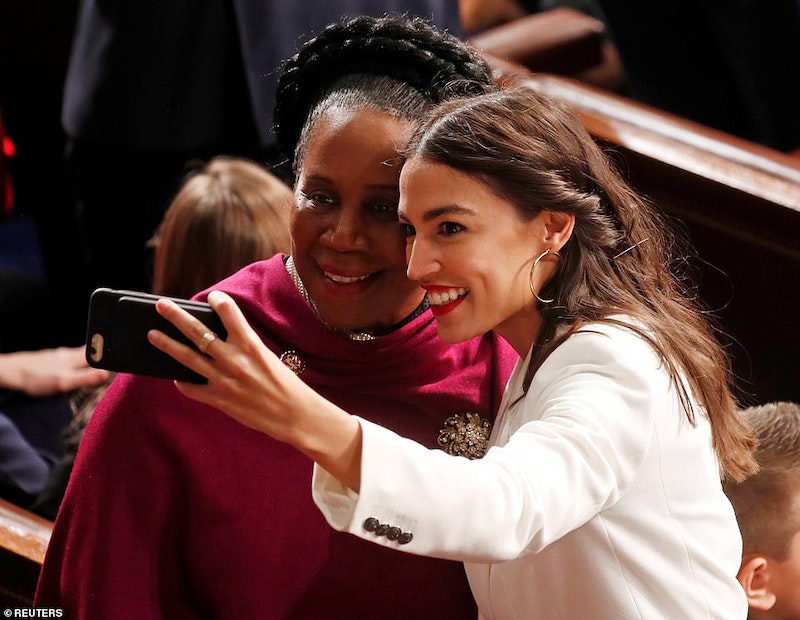 Alexandria Ocasio-Cortez tweeted on March 5 that Rev. Jerry Falwell said this at the recent CPAC conference: “I always thought that if more good people had concealed carry permits, then we could end these Muslims before they [unintelligible].” That's not a good way to talk, especially for a man of God, but Falwell said it back in 2015 in the wake of the terrorist massacre in San Bernardino, not at CPAC.

AOC will cook dinner and broadcast it on Facebook, talking intimately to her audience. It's such an effective communication technique that some Democratic presidential candidates have copied it. The general consensus is that the freshman Congresswoman’s a social media wizard. She has skills, but lately her game's lagged.

A real social media wizard's BS detector would’ve beeped when presented with that Falwell quote. It's too pumped up, even for this year's CPAC—there haven't been any recent Muslim terrorist attacks in the U.S. AOC presumably did what hordes of the clueless do on Twitter—look at a tweet and pass it on without fact-checking. Trump does this, plus he retweets people of ill repute, and it makes him look bad. Citizens have a right to expect more from their elected leaders than they do from some schmo with a Twitter account and an itchy trigger finger on the “send” button.

AOC, troubled by the treatment her fellow “fresh face” in Congress, Rep. Ilhan Omar (D-MN) has received for making allegedly anti-Semitic statements, tweeted that a GOP member yelled “Go back to Puerto Rico!” on the House floor during the government shutdown. Rep. Jason Smith was the “offender,” but he's plausibly explained that he was referring to a controversial trip that 30 Democrats took to Puerto Rico during the government shutdown. Rep. Tony Cardenas (D-CA), organizer of the trip, claimed without evidence that it was a slur aimed at him, but it's not a credible assertion given that the Republicans had already been riding those Democrats hard on the Puerto Rico trip. Some Democrats just can't stop themselves from scrambling for victimhood status, but it's a bad look. Ask Jussie Smollet.

AOC got fact-checked for spreading misinformation once again with that tweet, which isn't exactly “savvy” social media behavior. The tweet’s still up though, and surely many of her millions of Twitter followers are outraged at one more instance of Republican racism, which is perhaps the intention. If AOC wants to defend Ilhan Omar, there are smarter ways to do it. Omar didn't really say anything particularly anti-Semitic, unless you're looking for it.

The Daily Mail did an interview with AOC's mother, who said she hopes that her daughter gets married to her current boyfriend because she thinks he's great, and other innocuous things. AOC decided to complain about this, tweeting: “You know, when I got to DC I was told that it’s considered ‘off-limits’ to report on a member’s family, love life, etc. Unsure why that consideration is suspended for me.” Perhaps a phone call to her mom would've been a better response, as the Daily Mail didn't blackmail her into doing the interview.

This unnecessary tweet made her look like a whiner with a martyrdom complex. You don't get all puffed up and declare “I’m the boss” on the matter of climate change and then turn thin-skinned about trivial matters. And if someone actually did tell AOC (dubious) that tabloids like the Daily Mail would respect her privacy, then she's listening to the wrong people. We certainly know much more about Trump's “love life” than is necessary.

AOC recently retweeted Yousef Munayyer, a known supporter of the Popular Front for the Liberation of Palestine (PFLP), a U.S. State Department-designated terror organization. Was that a wise decision as she attempts to defend Ilhan Omar from anti-Semitism charges?

AOC blurts out opinions without thinking them through, leaving her with messes to clean up. Twitter’s not her best friend because it enables this weakness, which is often a result of her obvious need to show how smart she is, a need her mom pointed out in the Daily Mail interview.

The outspoken Democratic Socialist would be well-advised to learn when not to tweet. Feeling you need to respond to each daily “crisis” on Twitter leads to the sloppiness AOC’s exhibited. As with Donald Trump, it gives the impression you have an obsession that's interfering with your work. AOC’s got style to burn, but the discipline's not there yet.