Reparations Are Necessary in America

Pour money into neglected and starved areas and integrate Apartheid cities like Baltimore and Detroit. 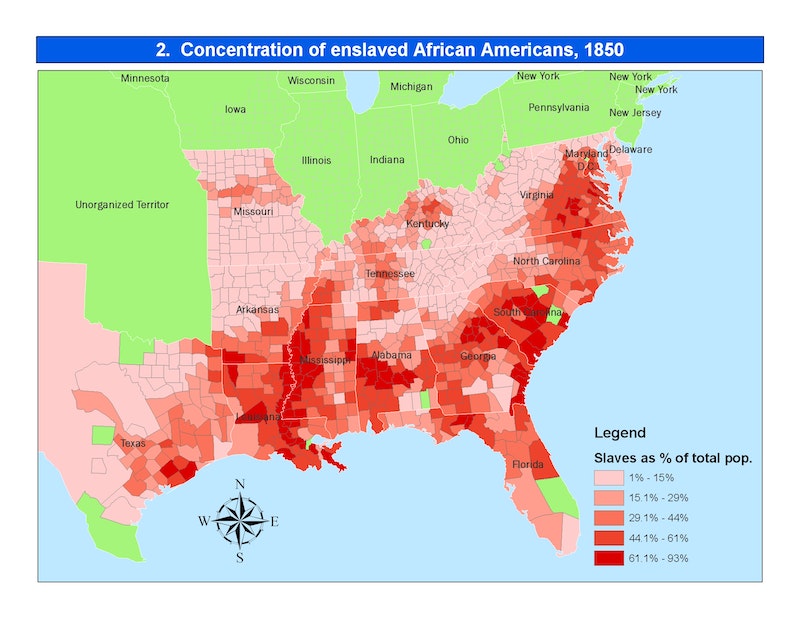 Recently MSNBC’s Ari Melber asked, “Do democrats need Cardi B to beat Donald Trump?” Did they need Katy Perry, or Lady Gaga, or Lena Dunham last time? Who wrote “Fight Song”? That’s the person who needs to get locked up, not Hillary. How has Joe Biden not been disqualified yet? He can't go one day, one public appearance without a cognitive error, "misspeaking" as he so often does, just tonight in Iowa he said that RFK was killed "in the 1970s, the late 1970s." What if Marianne Williamson was doing this? People would rightfully joke about her, one imagines, absolutely insane medicine cabinet. Yet she's the only candidate talking about reparations with specifics. Bernie Sanders' dismissiveness of the idea on the grounds that it would cost a lot of money. Of course it would, it would be a gigantic civic project.

Williamson went on Dave Rubin's show and stumped the libertarian airhead in a discussion about reparations. Rubin suggested comparing abject slavery in America that lasted for more than 200 years to Nazi concentration camps “a slippery slope,” an unbelievably stupid statement that left Williamson speechless. This is why she’s valuable: she blinks when talking heads repeat nonsensical “common wisdom.” If we’re just going by body count, slavery dwarfs the Holocaust by millions and millions of people. And only idiots and the willfully obtuse will suggest subjugation of black Americans ended in 1865. Reparations doesn’t end with or necessarily mean checks sent to descendants of slaves, as if a census like that were even possible. Reparations are not some Andrew Yang flat fee shit. It’s psychological, socioeconomic, and unfortunately, political.

Reparations need to happen in the form of accelerated investment projects and development in the neglected ghettos that litter American cities. Baltimore is not a poor city but an Apartheid city, and no one had more of a negative impact on Baltimore City than Gov. Larry Hogan, who cancelled a redline train that would’ve run from east to west. At best, he did it to appeal to people outside of Baltimore City. These same people don’t want to talk about slavery, they don’t want to talk about reparations, and they don’t want to see black people. They shouldn’t be an impediment to taking care of something necessary so our country may move forward.

A few things that need to happen: elimination of mandatory minimum sentencing, pardons of all non-violent marijuana-related offenses, complete reexamination of public education and how student pools are determined (not by property taxes), removal of all Confederate statues, flags, and memorabilia from public display, and intense development projects in every area that is neglected because of majority POC populations. Fix the fucking water in Flint. Counter-protesting the Proud Boys in Portland means nothing when energy companies are close to making pipeline protests illegal. The urgency of these problems is at odds with the peanuts priorities of the media and most of America, caught up in catty but ultimately meaningless presidential electoral politics. Yes, it is funny to see Joe Biden torpedo his own campaign every day, but we still have troops in the Middle East. Pull them out and put that money into reparations.

Nikole Hannah-Jones led the 1619 Project at the Times, and said last week, “This project is, above all, an attempt to set the record straight. To finally, in this 400th year, tell the truth about who we are as a people and who we are as a nation… It is time to stop hiding from our sins and confront them. And then in confronting them, it is time to make them right.”

What’s not to like? Newt Gingrich and Erick Erickson complained that the Times was writing about slavery “through a racial lens.” How does this square with bipartisan support of Israel and institutionalized education of the Holocaust? It doesn’t. Our unequivocal support of Israel despite its increasingly fascistic behavior only ensures disaster in the future. “Never Forget” does not mean “Never talk about it.” Criticism of Israel is not necessarily anti-Semitism, and criticism of the 1619 Project is not inherently racist. But conservatives show their hand in shutting down any discussion of racism and Israel: topics that must be addressed immediately. Can’t hurt, right? Gingrich and Erickson disagree, and I wonder why.