Democrats Have Conspiracy Theories Too

The media treats them as if they're legitimate, so they often go unnoticed. 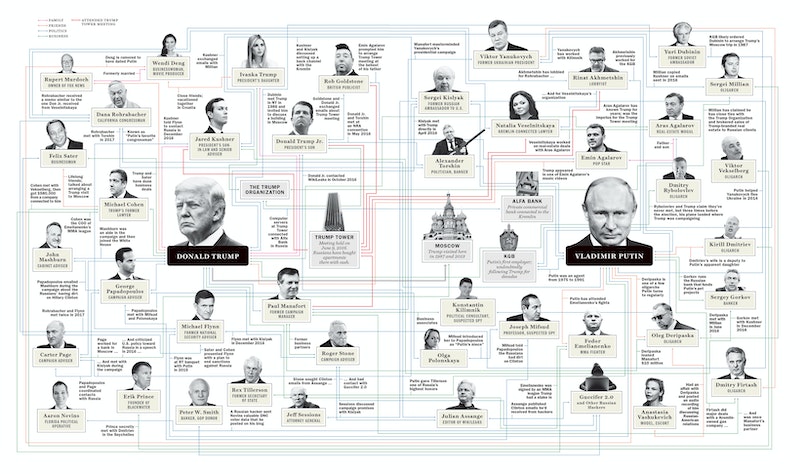 Donald Trump, eager to join the pack right after pedophile pimp Jeffrey Epstein took his last breath last week, morphed into his Donnie-from-Queens-calling-in-to-talk-radio persona and retweeted a comedian's conspiracy theory that Bill and Hillary Clinton were involved in the death. The media was right to pound the President on this one, but they and the entire Democratic Party had little to say about presidential candidates, Elizabeth Warren and Kamala Harris, who the previous week had commemorated the five-year anniversary of the Ferguson, Missouri, police shooting of Michael Brown by falsely claiming, on Twitter, that the cop who pulled the trigger on the black teen “murdered” him.

Plenty of Democrats still believe that a cop murdered an innocent kid who put his hands up on that summer day. All the emotional “hands up, don't shoot” theatrics from that time still linger in their minds, but even left-wing website Vox admits this is false. Barack Obama's own Justice Department, headed by his self-proclaimed "wingman" Eric Holder, determined that it was very likely that Brown had tried to grab the officer's gun during their altercation, during which he didn't put his hands up.

This key fact the DOJ investigation revealed never seeped into the collective progressive consciousness. So much had been invested in the “hands up, don't shoot” narrative that the media followed its regular pattern and laid off the debunking story. "Hands up, don't shoot" has lived on as a myth with an important message. Disputing that myth came to be seen as denying that the police single out blacks for mistreatment. That's why so many congratulated Harris and Warren for highlighting this inequity, even though they denied facts, or lied, to do it.

The Democrats are convinced that only Republicans spread conspiracy theories, but they can't see that the denial of Brown’s guilt is a conspiracy theory that's kept alive by shunning anyone within their ranks who dares bring up facts. Democratic conspiracy theories, unlike Republican ones, hide in plain sight by going mainstream. Trump's dumb tweet about the Clintons at least hasn't been proven wrong by the DOJ.

Plenty of Democrats also claim that Stacey Abrams is the legitimate governor of Georgia, a theory she promotes, even though Brian Kemp beat her by 55,000 votes in the 2018 gubernatorial election. These are the same Democrats issuing warnings about Trump not accepting the election results if he loses in 2020.

Abrams refused to concede in her post-election speech, in which she detailed a number of irregularities she pinned on the GOP. While she made some legitimate points, the media put little effort into vetting all of her claims, including a charge of massive voter suppression. Not thoroughly investigating allegations made by a partisan is how conspiracy theories are nurtured.

In a plethora of warmly-received TV appearances by Abrams, and in all the sympathetic op-eds, no mention was made of the 2018 voter turnout in Georgia of 3.9 million votes, way up from 2.5 million in the previous midterm election of 2014, and nearly as many as the approximately 4.1 million votes cast in Georgia during the 2016 presidential election.

And then there's Russian collusion. Many neutral observers felt that, while the Trump campaign was certainly open to assistance from Russia, it was far from a given that they'd worked together with a foreign nation to influence the election. But this didn't stop MSNBC from betting the house on the theory, or deter the Democrats from obsessing over it since Election Day.

MSNBC’s resident Russia conspiracy theorist, Malcolm Nance, came undone frequently. One night, he informed viewers that the Russians were inundating the US with so much misinformation that American citizens would eventually “welcome an invasion.” When Nance told Brian Williams that the Russian conspiracy involved "the alt-right, gamers, Steve Bannon, white supremacist Richard Spencer, the John Birch Society, and the KKK,” the MSNBC host received the information with awe. But then the Mueller Report dropped, slamming the door on the collusion theory, which left many Democrats feeling Mueller had personally betrayed them.

Now the Democrats and the media have moved on to calling Trump a white supremacist, categorizing him right alongside the alt-right. Their latest theory is that Trump caused the mass shooting in El Paso, which puts them on shaky ground. When a Bernie Sanders fan, who echoed the Vermont senator’s rhetoric on his Facebook, shot GOP House whip Steve Scale Scale and four others in 2017, they didn't blame Sanders. Similarly, when police killed an armed man trying trying to blow up an ICE facility in Tacoma, Washington in July, the media paid scant attention to the fact that his manifesto referred to “concentration camps,” the same language Alexandria Ocasio-Cortez used to condemn the detention facilities.

There's a double standard in place. It’s true that right-wingers come up with more conspiracy theories, but the ones the Democrats push aren't seen as such. History indicates that conspiracy theories are born of extremist ideology, and studies have shown that rigid thinking geared towards making sense of disturbing events often lends itself to conspiracy theorizing. The current pervasiveness of conspiracy theories is an indication that both sides have lost faith in political solutions for the things they don't like.