With a lesson from The Wire. 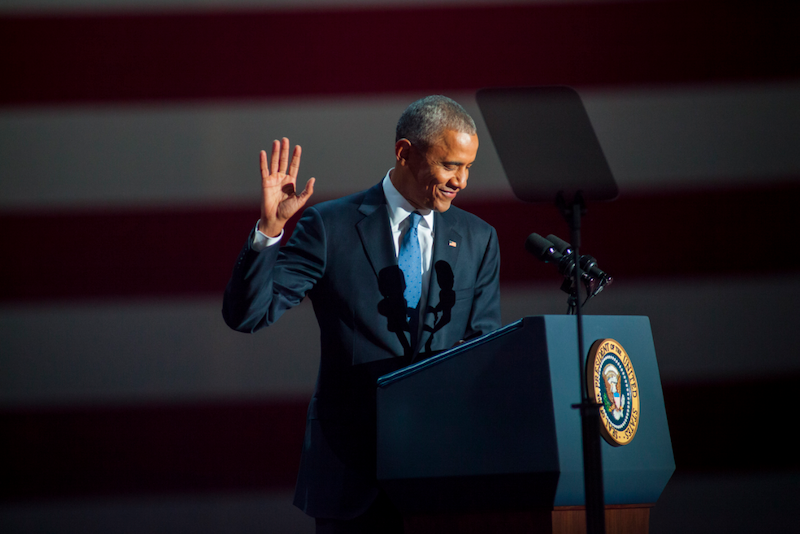 Optimism, hope, and faith in the inherent goodness of one’s fellow countrymen isn’t enough, and it never will be. This was a fact, never a secret, but Barack Obama’s eight-year presidency soundly confirms it. To eulogize his reign without making note of that seems as irresponsible as failing to call bullshit on the nonchalance of his drone-strike normalization or leaning into the faulty, widely internalized assumption that any national chief executive has the power to slacken corporatization’s death grip.

The President’s grace and elegance, under fire and away from it, was aspirational for those of us who looked like him and for those who didn’t. In Obama, we elected a grown-up, an adult, a measurer of words and cadences, a professorial 007. Pitfalls, bear traps, torches, and pitchforks awaited him long before he was even sworn in, mostly because he wasn’t white. (If you’re denying this reality, you’re delusional, and will knee-jerk it back in my direction. Come at me.) He knew this, of course; he endured, anyway, through a long, bitter history lesson suffered equally by the fraction of the United States populace that bothered to really pay attention.

The albatross of office beat him down in small ways, and anyone who saw themselves in him felt it. We not only felt, keenly, his diminution but also his sheer, constant helplessness; the surrounding constraints, the humbling press conferences, the cascading executive orders. Hard-won successes vanished into partisan noise. His faith, as it happened, was misplaced, and in the near term the subconsciously important cultural optics of a controlled, sensible black president conferring with foreign leaders and dispensing medals are rendered facile, irrelevant, mere wish-fulfillment.

That the albatross vanished during Obama’s farewell address is cold comfort. That so many across the political spectrum smugly blame Donald Trump’s ascendance on Obama’s stewardship is a lazy folly. Future history may be the ultimate judge, provided that we aren’t teetering on the end of history.

Obama’s favorite The Wire character was Omar, a rifle-toting, drug-dealer robbing desperado portrayed by Michael K. Williams. Yet he may have done well, late in his 2008 campaign, to sit with a scene where Marlo Stanfield (Jamie Hector) taunts a convenience store security guard (Phillip Burgess) by pocketing a lollipop in plain view before buying a bottle of water. Marlo, as devoted fans of the show know, is a drug lord insatiable in his thirsts for power, action, and provocation; these thirsts can never be quenched.

“You want it to be one way,” Marlo explains, outside, after the guard confronts and attempts to shame him. “But it’s the other way.” Sometimes, Obama got to be Marlo, but decades of off-shoring, budget-slashing, Democratic centrist drift, and dark-money conservative woodshedding—media, foundations, insidious orthodoxies—stuck him, too often, in that guard’s cramped shoes. This week, we, the people, become that frightened, underpaid, under-respected guard; it’s tough to remember the last time Obama had an opportunity to be Marlo. The world is a lesser, stranger, and darker place.