It’s the apex of media hypocrisy. 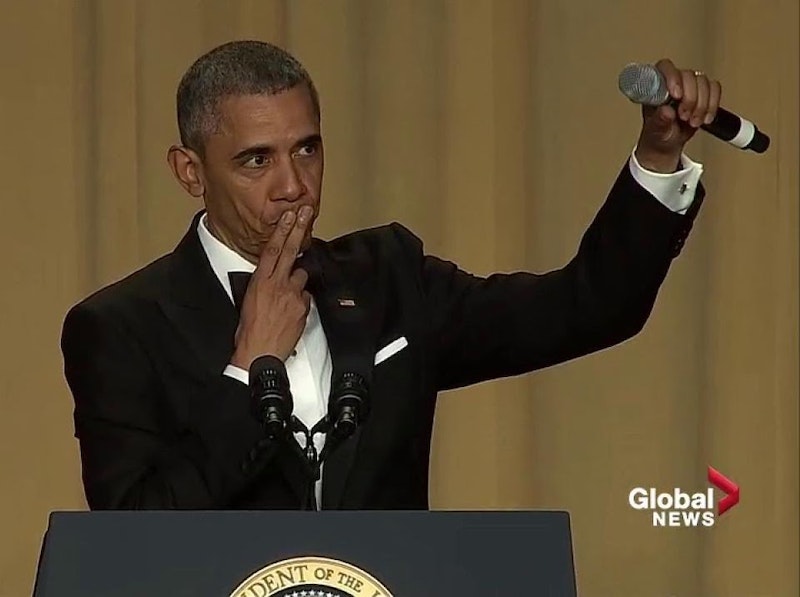 According to Esquire, the Trump administration is considering evicting the press corps from the White House: “If the plan goes through, one of the officials said, the media will be removed from the cozy confines of the White House press room, where it has worked for several decades. Members of the press will be relocated to the White House Conference Center—near Lafayette Square—or to a space in the Old Executive Office Building, next door to the White House.” A senior official was quoted calling the press “the opposition party […] I want ‘em out of the building. We are taking back the press room.” Reading that made me turn white: any hint of censorship, abuse, or imprisonment of journalists and reporters is cause for alarm. Time to quit turning corners, always look over your shoulder, especially when the President of Turkey praised Trump for scolding a CNN reporter and “putting him in his place.” Erdogan has more journalists in jail than any other government in the world—just another dubious dictator-admirer that Trump can stick on his shelf.

But maybe eviction from the Press Room will give the media a sense of urgency so they’ll act like the oppositional force they should be. Slugs like The Washington Post’s Dana Milbank bemoaning the loss of the Press Room aren’t fighting for freedom of the press: they’re narcissists who don’t want to lose their access. Flush all media boot-lickers and stuffy pundits in power: scum like Judith Miller, who championed the Iraq War with her terrible reporting and then had the gall to ask yesterday “How many people died because of manning’ [sic] leak?” The press should never be cozy or comfortable or familiar with those in power. They shouldn’t travel in the same circles, they shouldn’t go to the same bars or restaurants, and they shouldn’t ever party together.

That’s why I hope the White House Correspondents’ Dinner is abolished after Trump blows his load with his first one this spring, which he’ll undoubtedly spend firing off every racial slur he can muster for Obama, and then maybe yell “THE ARISTOCRATS!” and call it a day. No, he’ll remake it in his image, talk for four hours, and give the media in attendance the whipping they deserve. Even though he’s an alleged billionaire and the President of the United States, Trump still feels like he’s on the outside looking in: he wants to be accepted by The New York Times, otherwise he’d give all his interviews to Fox or The Wall Street Journal. I want the Dinner to become so perverted and unseemly that celebrities stop attending and sharing tables with politicians and pundits. The White House Correspondents’ Dinner is Gary Dell’Abate asking Bradley Cooper to come over to his table and take a picture. The press got cozy with Obama and didn’t nail him nearly hard enough for his equivocation, drone campaigns, and prosecution of whistleblowers. Trump’s ties with Russia aren’t going to motivate more journalists to keep their distance and their integrity, but losing their seat at the table might just do it.