Really, This Is Not America

The Washington Post’s Richard Cohen believes the nation is awash in love. 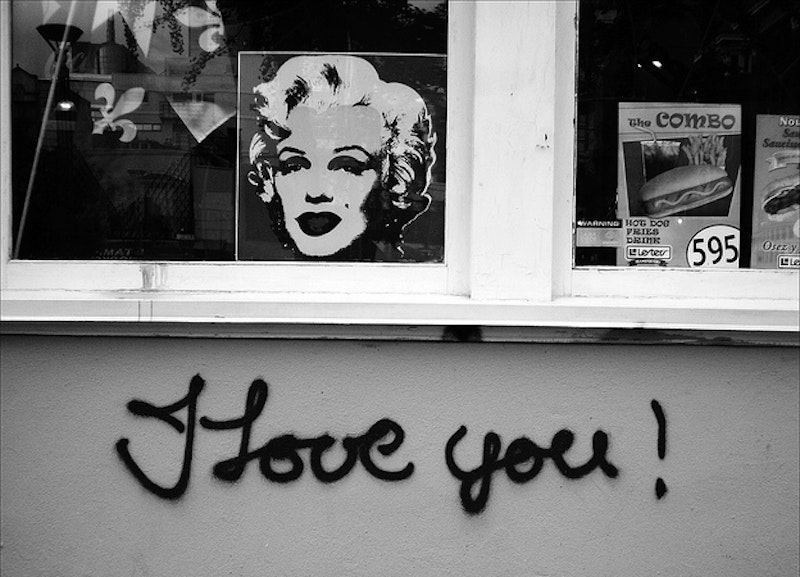 Like many in the trade, I bristle on dozens of occasions every day upon reading an article that’s larded with lazy clichés. I don’t mean standard Internet shorthand—although you’d think “OMG” and “LOL” might’ve hit the expiration date by now—but the familiar fare: “double down,” “narrative,” “meh,” “at the end of the day,” the resilient “guilty pleasure,” “ear candy,” “whatever,” “snarky” and so on. The other day I was in the car with my wife and two sons and in the space of a two-minute conversation the word “awesome” was spoken more than 25 times. Does anyone under the age of 30 remember when “awesome” was a word that actually had meaning—when employed judiciously—instead of a catch-all? And there’s “it is what it is,” which is very irritating, although I was surprised the other night hearing the phrase in a 1998 episode of Aaron Sorkin’s short-lived Sports Night.

I stand not quite at the top of the high ground, however, as I realized at some point last year when a relative, not yet 70, was afflicted by a wicked and lightning-quick disease. In a few e-mails with friends, I used a term, one that I mistakenly thought wasn’t in common use: “Getting old isn’t for cowards.” As I discovered, Bette Davis said that—she used “sissies” instead of “cowards”—not long before her death in 1989, and apparently it’s a certified cliché.

So, here we go… guilty as charged!

Anyway, I wish Richard Cohen, the 72-year-old syndicated columnist based at The Washington Post, nothing but the best of health, but judging by a Feb. 18 op-ed, he does appear—perhaps temporarily—to have slipped into dotty territory. I don’t presume to know anything about Cohen’s social calendar or circle of friends, but if his column was serious, he sure lives in a different America than me. He writes: “We have become a nation of phonies. We blow air kisses at one another. We love everyone. We don’t merely like them or respect them or hold them in some esteem. We love them. We have done away with the intermediary steps of feelings less than love. Performers on the stage shout that they love us. Politicians love us. Acquaintances love us. The people who actually love us still love us, but how would we know?... People I have just met for dinner hug me when it’s over.”

Like Cohen, I’m a handshake kind of fellow, although I don’t agree with him that that custom is nearly extinct. And he must travel in rarefied company if he’s receiving hugs and kisses from first-time acquaintances. It’s true that manners have evolved in the past 20 or so years—in 1990, for example, it’d be unfathomable to attend a funeral and see people sans coat & tie, much less wearing sneakers and t-shirts—and that isn’t to my liking. But what’s all this jazz about the abundance of love? Cohen says that politicians love “us”? Maybe I missed the bulletin, but it was my understanding that the country is intractably polarized, and that there isn’t even a pretense of civility between people of opposing political views, and that includes office holders as well. And at most restaurants, convenience stores and retail shops, the traditional worker/customer relationship has taken a nosedive. For example, it’s now common, when you complete a purchase and say “thank you,” instead of the once-customary “you’re welcome,” instead a “no problem” is spoken with a grunt. Well, no shit, bozo, I know it’s not a problem. I just gave you the money for a large coffee ordered; you carried out your task. "Thank you." "You’re welcome." Is that so hard?

One more Cohen nugget of—I’m being kind, if not loving—goofiness. He says, “Eye contact meant honesty, integrity. Now someone you hardly know and who has not bathed since the day before yesterday comes up and hugs you, calls you Rich, says he loves you: I love you, man.”

One might think, if taking Cohen’s column at face value—and if that’s the case, well, you might just be awesome, dude—that the United States would be a happier place than most sentient observers believe is the case. In closing, Mr. Cohen, have a nice day!