Let 2019 be a year of political inaction. 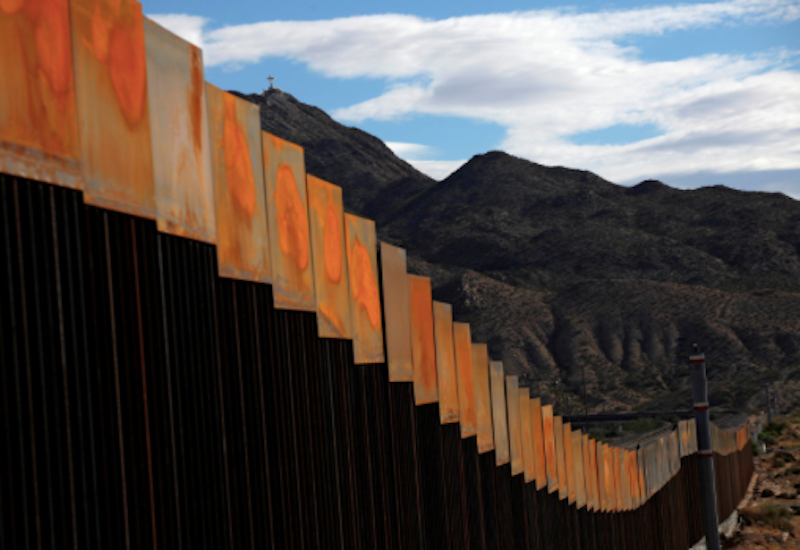 May the government stay shut down forever. May the Wall, and all other government projects, go unfunded and un-built. May the troops withdraw from every nation (as Rand Paul hopes in a striking quote tweeted out by Trump). May the always-politicized, faux-scientific Federal Reserve be shut down and private currencies be allowed to take its place, ushering in a new economic golden age.

May the liars who pretend they’re willing to give serious thought to such courses of action but just don’t want them taken “hastily” re-think their cowardly lives, then admit they want both the domestic and foreign policy spending to go on forever somehow, as if $23 trillion and counting in federal debt could magically be made sustainable by the sheer force of their fear of the other political party—whichever one they’re not in, not that there’s much difference.

Yet so many good things could happen through simple inaction, which may be the only possible route to survival in a nation now plainly incapable of wise deliberation and civil dialogue. When in doubt, do nothing, politicos. If the public must be sheep, passive and quiet, this may at least prove preferable to them being whipped into a frenzy in favor of some new war or a “bold” domestic initiative. Remember when the maniac Barack Obama was raving about creating entire “innovation cities” that would become America’s new hubs of science and progress, markets be damned? Deliver us from visionaries bent on schemes like that—or Wall-building.

Rep. Mark Sanford was right to warn as he exits Congress that Trump could turn into a Hitler-like figure, but Sanford neglects to mention that every politician could. Best if they do nothing. Best if they don’t hold office. Best if there are no offices to hold.

You know, works from 1923 have just this week entered the public domain. You can now create a sequel to the novel Bambi, a cover version of the song “Yes! We Have No Bananas,” a movie of George Bernard Shaw’s play Saint Joan, or a subversive annotated version of Le Corbusier’s architecture classic Towards a New Architecture that explains what a megalomaniacal destroyer of traditional beauty he was—all without paying a dime in royalties to anyone. And why? What legislative maneuver made these things possible?

For a change, Congress did nothing, that’s what makes all this possible! After 20 years of jerking people’s chains by creating ad hoc extensions of old copyrights partly to please Disney, this year Congress just sat around being “shut down,” and lo, works became available, as long ago envisioned under the original, unhampered expiration-after-95-years copyright law. Think of all the other overdue changes that might occur if Congress kept on this wise course of inaction: cities un-bombed, bureaucracies not expanded, new regulatory bodies not created. Let this be our open-ended future.

And don’t be so sure you can spot which politicians and which parts of government would turn out to be Hitlerian if they stayed active.

I wouldn’t have imagined, when I was a child fascinated by the Space Shuttle, that this week, the 100th anniversary of the founding of the Nazi Party, would find NASA—notoriously co-founded with help from ex-Nazi scientists, just like our post-WWII intelligence apparatus—scheduled to have a probe buzz the most distant object in the solar system, nicknamed Ultima Thule after the imaginary northern land of fascist mythology. This, mere months after that odd asteroid exploded just over the U.S.’s Thule Base in Greenland and just weeks after the announcement that Greenland also contains a massive, ancient crater from a much earlier meteor strike, which may have been responsible for the Younger Dryas flooding that likely inspired Flood myths around the globe (and perhaps Plato’s account of the destruction of Atlantis as well).

I’m not saying that even the most apolitical parts of the entire modern government are elements of an elaborate, decades-long Nazi plot, but why take chances? Shut it all down, and it won’t matter what they’re up to. Problem solved.

And if the government won’t have the decency to stay shut down, at least this year (with Democrats assuming control of the House) sees government once more “divided,” often the safest state of affairs for the public, since less tends to get done, neither political party wanting to okay the other’s plans. Much as I dislike the Democrats, it’s also fine with me if they now devote the House’s time to impeaching Trump. Politicians deserve to be impeached, and it keeps them too busy to do more dangerous things, like govern.

And if you’re a Trump supporter, don’t be worried if he gets impeached by the Democratic House: the Republican Senate will never convict, and even if by some miracle Trump ended up in prison, the pro-Trump pundits would probably find some way to rationalize that it was a “4D chess” victory anyway. (He’s making valuable contacts in the brig! All part of his master plan! Hail Trump!)

In the meantime, Democrats and Republicans alike should probably be humbled by a recent Gallup poll saying Americans do not think America’s biggest problem is immigration—they think government itself is. They’re right. And even if this so-called “shutdown” lasts forever, as it should, don’t think the work of truly shrinking government will be even half-begun. Countless functions of the federal government keep on chugging along even during a shutdown.

You can call this “anarchy” all you like, but somehow, for instance, Lockheed Martin still gets 3.3 billion of your tax dollars to build missile systems for Saudi Arabia and Kuwait. And even when they do, half the conservatives will whine about military “budget cuts,” while the other half, despite being ostensible nationalist/populists, will laud Trump’s weapon-selling deals just because they’re Trump’s.

If this is a shutdown government, do you really want to encourage it to become any more active? Enough already.