Maybe Trump is Good for Something 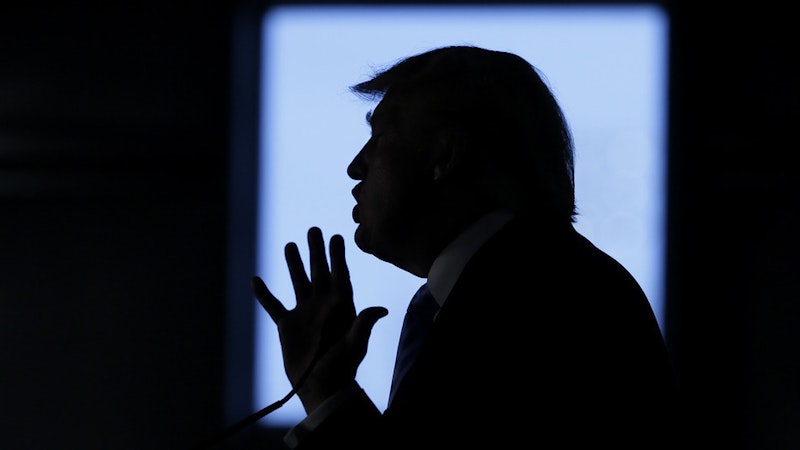 America was just starting to say goodbye to 2018 when Elizabeth Warren announced she’s running for president in 2020, the only official Democratic candidate so far. She’s a Establishment Democrat for Pantsuit Nation with enough progressive politics to appease the Bernie Bros.

Either way, Left Twitter is debating whether or not Warren is good for America. Some say voters will pick Trump again because his fanbase hates Warren as much as they hate Hillary Clinton. Others point out that Warren voted for Trump’s military budget, which makes her not that different from Trump. Then there are those that don’t care who ends up being the final Democratic nominee because anyone is bound to be a better option that Trump.

There’s the possibility that Trump will be impeached and convicted before the 2020 election. While Robert Mueller hasn’t found the smoking gun yet, all the evidence so far points to at least some form of treason. Perhaps 2019 will be the year America will finally see the president dragged from the Oval Office while screaming “Fake news!” and Mike Pence will take over as president. This might make the 2020 election a bit more difficult because the Democratic Party will have to work overtime to defeat an opponent who actually knows how politics work.

This hypothetical situation reminds me of something I heard Slavoj Zizek once say about bosses. “If you have a boss who is up there,” he said, “the old fashioned boss shouting at you, exerting full brutal authority—in a way it’s much easier to rebel than to have a friendly boss who embraces you or [asks], ‘How was last night with your girlfriend,’ blah blah, all that buddy stuff.” In other words, friendly authority figures make one more accustomed to the status quo, therefore actual progress is nearly impossible. Perhaps Zizek is right. After all, liberals hardly said a word about Obama’s drone warfare. Why should they? At least Obama wasn’t a neoconservative like George W. Bush, who hoped blowing up the Middle East would trigger the Second Coming of Christ. Things were finally stable under Obama.

Maybe Trump’s good for something. The 2016 election inspired countless individuals on both the Left and the Right to stand up and say, “Oh hell no!” Trump inadvertently spearheaded the Women’s March movement which, despite currently being in limbo because of alleged anti-semitism, still made a positive impact on American politics. Trump’s blatant racism and xenophobia finally convinced people that America is not a post-racial society. Would any of this have happened if voters picked a friendly authoritarian in 2016?

I’m going to vote Democrat in 2020 because at least a kinder, gentler status quo is better for my mental health. I won’t have to wake up every morning trembling as I reach for my phone and see what new political decision Trump announced on Twitter overnight on a whim. Having a Democrat in the Oval Office won’t stop endless wars and needless compromises with the Religious Right in order to make everyone happy, but at least I won’t have to call my AA sponsor every time I watch the news.