They’re spending it before we even get it. 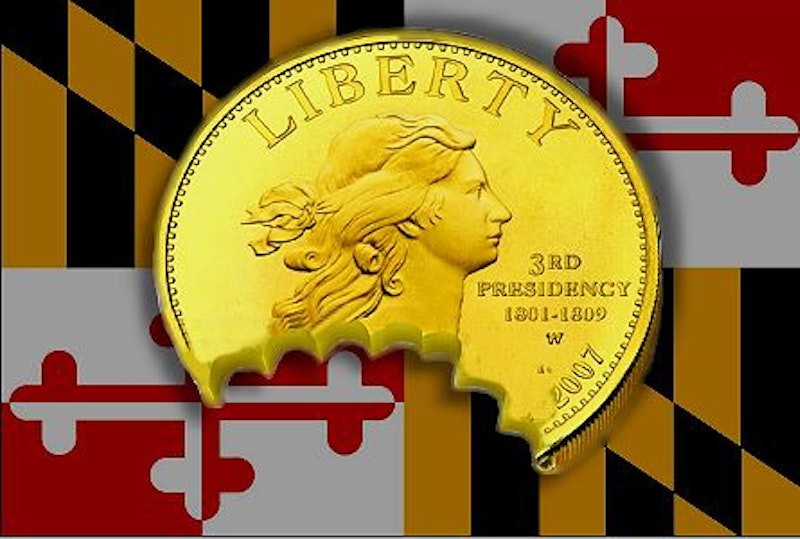 Maryland’s treasury is filling up with IOUs and promises. If they all pay off, the state could soon be suffering from an embarrassment of riches. But don’t hold your breath. They’re spending it before we even get it.

This is a follow-the-money story. Three casino operators have made their pitches. Amazon is planting its flag in Southwest Baltimore. And Maryland’s three Democratic candidates for governor are scrapping to out-do each other in what appears to be a mini-Thornton plan to upgrade pre-K programs across the state.

First, a little background music: The Thornton education program is a throwback to the era of Democratic Gov. Parris Glendening (1995-2003). The eponymous Thornton plan promised $1.2 billion in new aid to education. It was enacted by the General Assembly and signed into law by Glendening. It was a noble gesture but problematic: There was no funding source, a violation of the law in Maryland but nobody gave a hoot because it was easy money for schools.

Thornton, coupled with a tax cut by Glendening that nobody asked for or expected, caused the chronic structural deficits that plagued Maryland until recently, more than 10 years after Glendening’s departure from office and dozens of tax increases since.

So there’s no misunderstanding, the three governors in-waiting have found a funding source for pre-K but it may be illusory. There are two problems: (1) The money is not yet in the treasury; and (2) Once such a program as expanding pre-K is established there’s no turning back and the cost of the program will continue to increase every year while gambling revenue may not.

Now come the pitchmen and their promises of instant riches: The only sure thing is Amazon, the online link to everything you’d find at the world’s greatest yard sale, which is building a one million square foot distribution center—oops, “fulfillment” center—at the old GM plant on Broening Highway. It promises 1000 decent-paying jobs with full benefits in return for $43 million in state tax credits and other considerations.

Amazon’s presence will also allow Maryland to collect state sales taxes on all the company’s transactions within its borders, not to mention the income taxes those 1000 employees will pay. Comptroller Peter Franchot is licking his chops. He claims that Maryland loses $170-$200 million a year in uncollected taxes on internet sales. Amazon’s presence will help close the gap.

Next come the three casino glimmer men, ogling Maryland’s sixth casino location in a market that straddles three wealthy jurisdictions—Maryland, Virginia and the District of Columbia. We’ve seen much of this act before. Penn National Gaming wants to build a $700 million casino at Rosecroft Raceway in Prince George’s County. It promises to give 100 percent of its profits back to the PeeGee community if it wins the competition. (Penn National, as you’d expect, defines “profits” in the fine print of its proposal.) Penn National recently spun off its Perryville casino into a separate entity to sidestep Maryland’s limit of one casino franchise per owner.

That would include, as reported, $100 million to the PeeGee hospital system, an estimated $219 million toward creation of a retirement plan for county educators and an additional $200,000 to the community surrounding the Rosecroft site. The state treasury, of course, would get a huge piece of the action. (In other situations and other contexts, such activity might be considered bribery.)

Not to be outdone, Greenwood Racing, another Pennsylvania gaming company, wants to build an $800 million casino on a 22-acre wooded tract on Old Fort Rd. in Fort Washington which they bought for $1.4 million. Greenwood is promising $100 for road improvements along Indian Head Highway. Greenwood would pay the state’s $28.5 million license fee and keep only 33 percent of the revenue from 4,750 slot machines.

But Penn National and Greenwood have a problem. PeeGee oligarchs as well as the area building trades unions favor the MGM site at National Harbor, the mini-city along the Potomac. Area residents and clergymen, along with union members, have been picketing the Greenwood site at Fort Washington as inappropriate for a casino as well as displaying their sentiment for the MGM location. (MGM, Penn National and the building trades unions spent millions last year advancing their interests, including thousands at the precinct level, known locally as walk-around money.)

MGM, the final of the three to make its case, offered no inducements but itself, contending that its proposed $925 million, 23-acre resort, with 7500 jobs directly and indirectly, is magisterial presence enough to satisfy PeeGee’s wants and needs. Either that or MGM’s confident that it has the inside track at the preferred location. MGM would be host to 3600 slot machines and retain 38 percent of the revenue, the maximum the law allows.

Meantime, in Baltimore, construction of a Caesar’s Entertainment Corp. spin-off, the $400 million Horseshoe Baltimore Casino, on Russell St. adjacent to the stadiums, is proceeding under a cloud. It was reported that Caesar’s has pulled out of a $1 billion Massachusetts casino deal because of a federal investigation into money laundering and possible connections to organized crime by one of its investors.

Baltimore Mayor Stephanie Rawlings-Blake is counting on Horseshoe becoming a cash cow for the city. She’s already earmarked funds from the partially-built gambling emporium to reduce the city’s property tax, the highest in the state, as well as for schools. The state, of course, gets the licensing fee as well as a large piece of the action.

Maryland today collects between $60-$70 million a month in proceeds from the established casinos. Over the years the money has been dedicated to various programs but as an accepted practice the proceeds flow into the general fund and are commingled with other state revenue only to become anonymous in the mix.

All of which segues back to education and the race for governor among Democrats Lt. Gov. Anthony Brown, Attorney General Douglas Gansler and Del. Heather Mizeur (D-Montgomery).

Brown originally said he would use $138 million of the state’s gambling proceeds to make pre-K education available to families who want to enroll four-year-olds. When Brown was upstaged by Gansler’s more expansive approach, he expanded his program to “universal pre-K.”

For his part, Gansler would establish a full-day of pre-school for all children from disadvantaged families. Gansler offered no price tag for his proposal but, like the others, suggested raiding the gambling till: “If that wasn’t what we brought gambling to Maryland to fund, what did we bring it here for?”

Then came Mizeur’s program which would up the ante to $280 million in gambling proceeds to fund the most generous early education program of the three —a full day of pre-K for all four-year-olds, one-half day for three-year-olds from disadvantaged families and eventually child-care subsidies for low income families and funding for after school and summer programs for kindergarten through eighth grade. In addition to state gambling funds, all of the candidates’ proposals would require additional funding by local school systems, which could be a signal for opposition from local governments.

Only over the past year has Maryland been able to dig out of the unfunded Thornton maw and show a slight budget surplus without a lingering structural deficit. Everyone supports kids and education with equal amounts of parental and civic fervor.

But the sound fiscal approach to Maryland’s new-found source of wealth is to allow it to accumulate untouched in the treasury for a year or more before committing it to a dedicated purpose. In that way, neither revenue nor education will fall short if gambling revenues don’t measure up to expectations. Otherwise, the state may have to once again dig into general funds and repeat the structural deficit cycle all over again.