Is this the end of civil discourse? 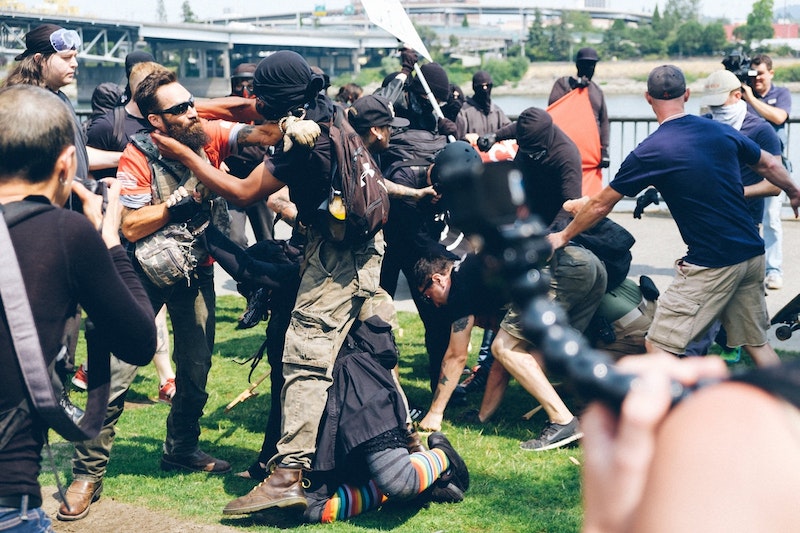 We can’t rely on old political labels anymore. In fact, we can’t rely on labels at all to assess the perspective and validity of ideas in the public square. Most people (that is, the readers and viewers) and most media have categorized themselves into seemingly neat little boxes of ideology, which contain certain attributes of both the Left and the Right.

The rise of populist and superficial conservatism has sidelined intellectual conservatives. Liberals ought not call themselves liberals anymore since they are hardly interested in defending liberty. And conservatives, except for a few good men (and yes, I include women here too) need to go back into the rich intellectual and philosophical tradition of classical liberalism. But how can this be accomplished when we’re faced with the fact that people are rarely arguing actual ideas anymore and are for the most part delivering one personal attack after another?

Journalism, as well as readership, has devolved into a series of slogans. The problem with today’s discourse is that rather than exchanging ideas, people are exchanging signs and signifiers. Whether it’s the protesters or a wide variety of pundits, they all carry banners of ideology. But the dialectic limitations of banners don’t stop there and the consequences of such an action are serious.

Signs, because they’re visual rather than verbal, create confusion and misinterpretation. This results in a cacophony of mere opinions with one purpose only: to shock and disorient. Disorientation breeds anger, and misdirected and unjustified anger is anything but reasonable.

I find this shrieking noise of ideology boring and exhausting. I echo these words written by Alexis de Tocqueville: “It is difficult to conceive any situation more painful than that of a great man condemned to watch the lingering agony of an exhausted country, to tend it during the alternate fits of stupefaction and raving which precede its dissolution, and to see the symptoms of vitality disappear one by one, till nothing is left but coldness, darkness, and corruption.”

To stop thinking means to slip into the abyss of sameness and mediocrity, which loses any potential for innovation. This is precisely where we find most media outlets, which are composed of “tenured journalists.” Much like academics who get comfortable in their positions of power, writers these days are churning out products of collectivism.

We really can’t be surprised this is happening. Man, by nature, roams around in groups and most rely on the group to define themselves in some way. To stand alone with one’s thought that’s been loudly voiced takes courage. Of course, we all have a particular perspective that in some way categorizes us. But despite some type of identity and definition we may assign to ourselves, this kind of categorization shouldn’t stop us from thinking, deliberating, considering, and making an intellectual conclusion based on careful arguments. If we don’t think critically, we’re simply mouthpieces of ideology.

Today, it’s as if people begin to shudder and suffer spells and fits whenever an opinion other than their own materializes in front of them. Do people even read perspectives other than their own anymore? A scene in Annie Hall comes to mind when Diane Keaton asks Woody Allen to come to her house and kill a spider. He picks up a copy of National Review to kill the spider with and says to Keaton, “Since when do you read National Review?” to which Keaton responds, “I like to get other perspectives.” But that was also during the time when William F. Buckley, Jr. brought liberals and conservatives to the same table, where real, intellectual discussions were possible. It was a time when perspectives actually were perspectives and not robotic repetitions of talking points and evasions to answer intellectual questions.

Is there a remedy for this kind of collective ailment? Recognize your interlocutor as a human being first, and understand that you’re attacking the ideas, not the personhood. And if your interlocutor is a mere cog in the gearwheel of collectivist machinery, withdraw from the conversation but not without first pointing out the lack of an actual argument. It’s helpful to establish a commonality because it creates a productive movement of an argument as opposed to getting stuck in some re-enactment of the Pee-Wee Herman and Francis battle of “I know you are but what am I?”

Ideas do have consequences, good or bad, so it’s important to take thinking and dialogue seriously. The only way to raise the level of conversation is to have intellectual discipline and persistence to show people that there is a better way to consume knowledge and to slash the ideologues.