The Left’s Weaponization of Anti-Racism

Exaggerating the subjugation of minorities is cynical and destructive. 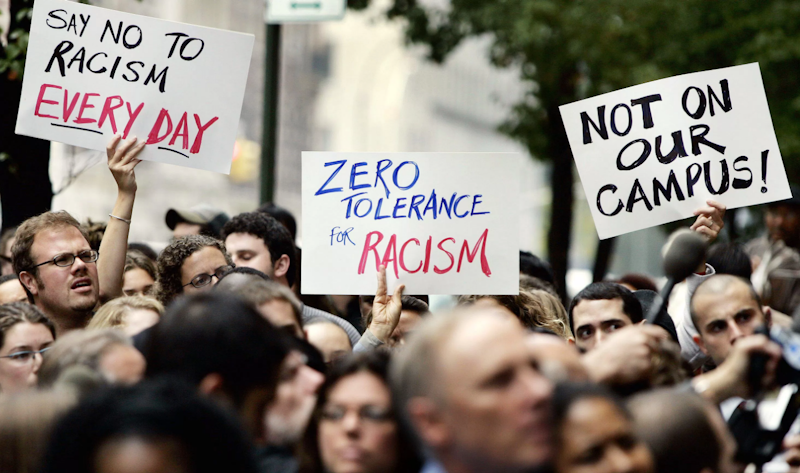 According to Arthur Sakamoto, professor of sociology at Texas A&M, Japanese-Americans have had lower poverty rates than whites for 50 years, been better educated for a century, and have a better chance at getting a white collar job. He's been submitting papers to the American Sociological Review on the topic of Asian Americans for 25 years, but has found that there's “no data good enough for the ASR to convince the reviewers that Asian Americans have reached parity with respect to whites.” The ASR simply raises its methodological standards if it receives a paper that doesn't fit within its agenda, Sakamoto claims. Due to the “minority-majority paradigm,” the professor asserts, what happened in the internment camps in WWII trumps everything else Japanese-Americans have accomplished. Similarly, the Left characterizes slavery as America’s original sin—something that no amount of atonement will ever be sufficient to wipe the stain from the nation’s white population.

Sakamoto has identified a core concept embraced by the Left—the minority-majority paradigm—that’s the single greatest contributor to the Balkanization of the American political landscape. When the Left is presented with any sign that the nation isn't as fractured along identity lines, it reflexively finds a way to explain it away or cover it up, as the ASR does. One thing you'll never hear from the Left is even the most passing reference to the U.S. having made tremendous progress towards giving equal footing to blacks, Asians, Latinos, gays, transexuals, and any other minority group you could name.

Since the conventional wing of the Democratic Party has no economic plan that would cut across all of its various tribal divisions, it relies on tailoring individual messages for each of its constituent sub-groups. Bernie Sanders presented an economic plan designed along class lines in his campaign last year, but conventional Democrats accused him of giving minorities short shrift. The Democrats offered nothing to white blue-collar workers. Hillary Democrats console themselves by calling them racists, an attitude that will only bring on more losses. Once you've established racism as your opponent you're already defeated, as there’s no viable strategy to beat racism.

Ignoring the discrimination that still exists in the U.S. isn't a good idea, but neither is the constant ginning up of grievances as a political strategy. College administrators and leftist activists are now telling people that wearing a geisha costume for Halloween is offensive cultural appropriation. What they mean is it's offensive to them, not to the Japanese to whom the concept of the geisha belongs. Most Japanese, who freely borrow from other cultures without any guilt, have no problems with Westerners wearing geisha outfits (in fact, they find it endearing). Who really cares if they offend some outrage-addicted social justice fanatic?

The media is complicit in manufacturing identity-based resentment. PBS recently tweeted, “Man accused of killing Muslim teen indicted on capital murder charges.” Reading the article, you’ll find that police have determined it’s a case of road rage, not a hate crime, so why does PBS state the victim’s religion if it was unrelated to the crime? Had the victim been a Christian, PBS would have ignored that. It knows that most people will only read this headline, which will confirm the bias they already have. This is dishonest journalism, falsely suggesting a minority being oppressed, but it's done cleverly enough that most won't even notice it.

Go to Everyday Feminism and read articles with headlines like, “Asian Americans: 10 Warning Signs You're Siding With Whiteness.” Media outlets like Everyday Feminism, which could re-brand itself as a parody website without changing any of its content, never miss an opportunity to exploit the race issue, which is their bread and butter. In their world, separating yourself from “whiteness” is good, while just identifying yourself as an American is bad.

The Left’s weaponization of anti-racism is destructive in that it drives facts out of policy discussions, replacing them with ideology. Its embrace of intersectionality has given it an incentive to exaggerate the majority's subjugation of the various minorities for political purposes. That's bad for society, and bad politics as well, because intersectionality is an academic theory divorced from the realities of electoral politics. While it can be used to gain power on a college campus, where conservatives are often afraid to identify themselves, it's mostly useless at the polling place. The Left’s worldview has become misogynistic. It finds it so easy to look for the worst in everyone, partially because this, in turn, makes it feel better about itself.