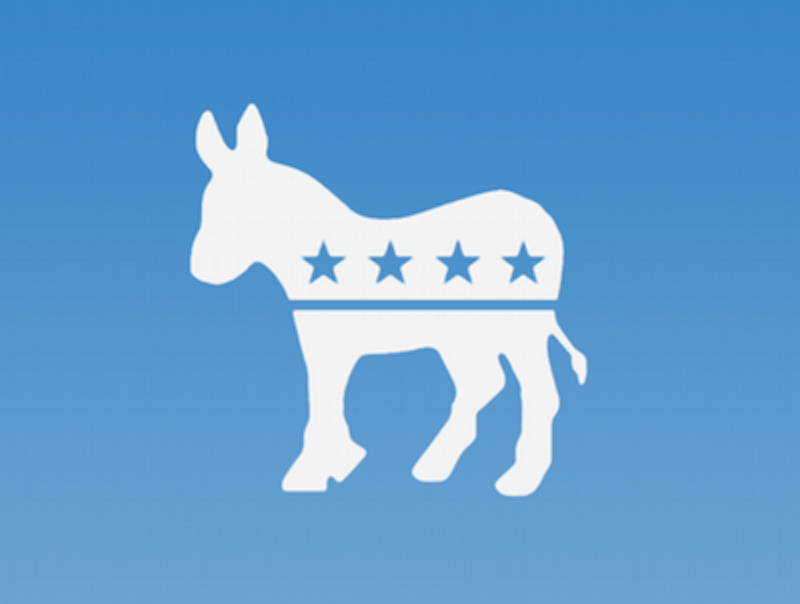 When you’re livin’ on your knees

Tell your brother that

Tell your sister that

—From Hamilton: An American Musical.

It’s raining today here in Antrim, New Hampshire. There’s a small chip in my windshield: a repair team will come out this afternoon to see whether it can be filled or the whole thing has to be replaced. This is all covered by my insurance, so I’m happy.

The convention’s theme, repeated on the delegates’ credentials and the convention’s brochures, was “Rise Up!” I thought this a plain reference to Lin-Manuel Miranda’s Hamilton, although no one with whom I talked in the party leadership agreed with me. It was held in Manchester Memorial High School on a sunny, humid day in an auditorium without air conditioning. I was not in a suit, but what the British Army would call undress: chino slacks, gray pinstripe button-down shirt, black Bluchers, a tie, and a blue blazer: all of it Brooks Brothers save the tie. The blazer came off within 15 minutes and I loosened the tie.

After leaving the auditorium to cool off and leave the blazer in my car, I spent some time chatting with the charming Kris Mueller, a successful businesswoman who doubles in brass as chair of the Merrimack County Democratic Committee. She had stepped out for many the same reasons as I had. After all, one goes to conventions to meet and greet and develop friendships and alliances. At every break in the action, I went about seeking out acquaintances from previous meetings.

Most of the business involved amending the Party’s constitution, which was done without opposition. This might well be simply because the amendments were long, technical, and actually seemed to place some restraints on the power of the party leadership. This may reflect the leadership’s acknowledgement of some tension between the local activists, who do the hard work of turning out the vote, and the party leadership, who do the hard work of fundraising, candidate recruiting, and meeting the many reporting requirements for the operation of a party organization.

This stems from last year’s presidential primary, in which a Jewish democratic socialist from Vermont smashed a former Secretary of State, roughly 60-40. However, when the delegates voted at the National Convention, the delegation broke 50-50 because the super-delegates—party and public officials—all voted for Mrs. Clinton as they saw her as the safe choice. Given that she lost in November after waging a grossly mismanaged campaign in which she ineptly insulted many voters as “deplorables,” some folks think that supporting her nomination under those circumstances was not only anti-democratic but simply bad politics.

This is the off-year for New Hampshire elections: there are some municipal elections here and there which are all non-partisan, although everyone knows the candidates’ party affiliation.

After dealing with the amendment of the Party’s constitution, there came the entertainment. I enjoy good public speaking and so I delighted in several good speakers. The party leadership spoke: the chairman of the party, the co-chairs of the convention, the chairs of the Credentials and the Rules Committees. None were droning bores.

New Hampshire’s U.S. Senators spoke: Jeanne Shaheen knew what an audience of New Hampshire Democrats wanted to hear and gave it to them. Maggie Hassan spoke quite well, with a smooth delivery and the gift of a Pavlova for spinning around difficult issues. My Congresswoman, Ann McLane Kuster, who in person is warm and charming, and, candidly, far more attractive than in her official photographs, delivered a brief, rousing speech.

Steve Marchand, former mayor of Portsmouth, candidate for Governor, and a professional auditor—a man who knows how to follow the money—delivered a gutsy, blunt, good-humored talk.

Then the traveling road show began speaking, of people from elsewhere who may be visiting New Hampshire in anticipation of the 2010 “First-in-the-Nation” presidential primary. New Hampshire has sent only one president to the White House, Franklin Pierce, a Democrat and former state party chairman who was quietly defamed by one of the party apparatchiks for no articulated reason.

But the star performer was Jason Kander, 39, former Secretary of State of Missouri, a former Army intelligence officer, the fellow who, when he ran for U.S. Senator and narrowly lost in 2016, used a television commercial of himself, blindfolded, assembling an assault rifle, a discipline he had to master as a soldier.

It’s a great commercial. Under attack by Roy Blunt, the Republican incumbent, and the National Rifle Association for not understanding guns, he puts the weapon together while going through his record in the Army and his support for the Second Amendment while supporting background checks for gun buyers, finishing in less than 30 seconds with a dare: “I approved this message because I’d like to see Senator Blunt do this.” Blunt did not take the dare.

Kander now operates Let America Vote, which opposes the Trump administration’s efforts to make voter registration vote more difficult. He’d clearly made this speech before: about the resistance he’s seen to Donald Trump, what Democrats need to remember about themselves, the story of the Afghani translator who surprised him by not caring that he was Jewish, and a reminder that he’s the guy from the ad assembling the rifle while blindfolded.

"If this were a season of The Apprentice, Trump would’ve fired Trump! Donald Trump won the election, but he did not win the argument!"

He was down-to-earth, yet eloquent, often funny, and passionate, speaking without notes. He was interrupted by eight standing ovations. I kept count. Of course, he was throwing a lot of red meat to an audience that wanted to get it and they did. Yet it was a great performance.

In 1894, two-term Congressman William Jennings Bryan of Nebraska was defeated for the U.S. Senate. Two years later, he addressed the Democratic National Convention to second a proposed platform plank. He spoke near midnight.  He delivered a speech he’d been polishing for some four or five years throughout rural Nebraska. We remember it as the Cross of Gold. He brought the convention to its feet. On the following day, the convention nominated him for President of the United States.

In the afternoon, I attended a lecture for prospective candidates. The party always has to recruit people to run for the legislature, the General Court. The pay is $100/year. That may explain why they have to recruit. As is increasingly the case, I find that the lecturers at such events are young enough to be my children, if I had any, and if I’d married at 20 like my father, grandchildren.  Life did not take me down that path. I’m generally contented with my life, but I think sometimes about what my life would’ve been if my beloved wife and I had borne children. My parents had seven children. Those seven have yielded four grandchildren.

That may be a measure of how times have changed.

As I wrote some months ago, I ran into my State Representative, Marjorie Porter, who’s a friend, while shopping for groceries. During our chat, she asked whether I’d consider running for State Representative. I held my tongue for a moment and said yes. So let us see. There are 400 State Representatives for a state with two Congressional Districts. It’s quite possible to canvass the district for less than $1000 and, if one goes door to door, get elected. As you can tell, I’d do it for the honor. After all, Members of the British Parliament were not paid before 1910. They served for the honor.