The value of restaurant reviews and Bret Stephens’ warning to Democrats. 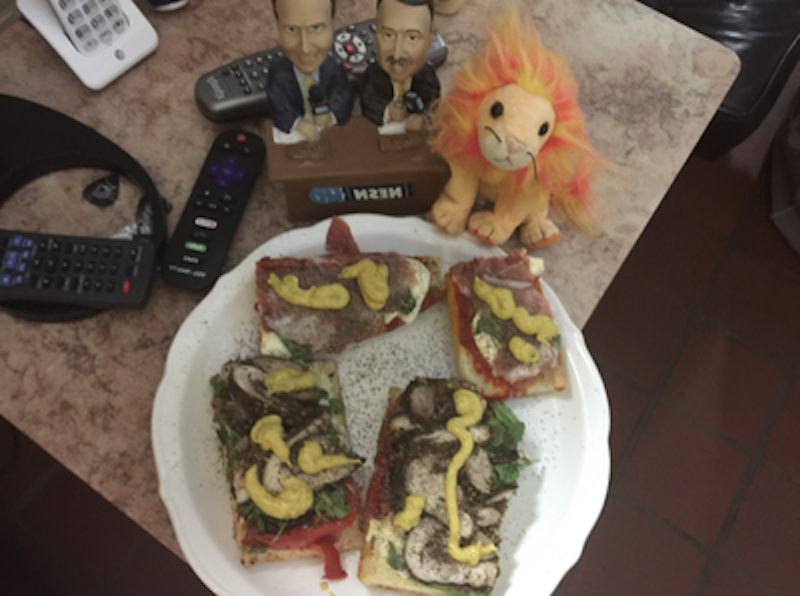 Forty years ago, I received a letter from a close college friend, then living in Austin, who, after filling me in on his difficulty in completing a law school thesis, and a new job hauling crates for Coca-Cola, offered a mixed review of my fledgling City Paper here in Baltimore. (He was always my harshest critic, even in Hopkins News-Letter days, so I took his words to heart.) After obligatory congratulations on starting a new, “really cool” business with almost no capital, he said that the “restaurant reports” were “flaky” and a waste of my writing skills. “It’s hard for me to get into articles about places I may never see again, especially those damn restaurants.” He tried to temper that judgment by admitting he was stoned on “excellent” Oklahoma weed while composing the letter.

A fair assessment, I figured, even though I was aiming, perhaps in vain, for reviews where the prose would carry the day, even if a reader had no intention of frequenting the restaurant. I was going for the style of Mark Zanger (aka Robert Nadeau, then working at Boston’s Real Paper, and when that paper folded, the Boston Phoenix), with hit-or-miss results. I was 23, working around the clock (not a complaint, since that’s what young people do) and spread all over the map. For example, in a 1977 review of a long-departed, but at one time revered, staple, The Yorkshire, in North Baltimore, I slammed hard, after getting pissed off that the waitress had never heard of a Tequila Sunrise: “We each had a bowl of thin vegetable soup (passed off on the menu as clam chowder), which featured two scrawny strips of clam. The rolls were stale, and the butter ice-cold.”

In retrospect, my friend’s objections made sense in those pre-Internet days: why would anyone outside the jurisdiction of a local paper be interested by events and reviews that are peculiar to a specific part of the country? I remember advice that Bob Roth, editor and part-owner of The Chicago Reader (which, by ’77 had already zoomed in that city, six years after its similarly humble beginnings), gave me, saying that his editorial philosophy was to ignore major news events, even if they happened in Chicago—like the Disco Demolition Night at Comiskey Park in ’79—and focus on obscure topics that were elegantly written and researched.

Scratching my head, I asked why, and he responded with an answer that became gospel: that people picked up the Reader for real estate classifieds, listings of events not found in the dailies and the small advertisements for independent retailers that would appeal to (the term wasn’t yet in vogue) a yuppie demographic. This way of thinking about weekly papers didn’t originate with Roth—as he undoubtedly knew—but rather Village Voice founding editor Dan Wolf, who didn’t care about a writer’s “resume” or if he or she went to journalism school.

Anyway, I never heeded my Texan friend’s admonishment, and wrote whatever I wanted, including restaurant reviews for City Paper and then New York Press in my MUGGER column. And this is a very circuitous route to the picture above (may God have mercy on my soul, I’ve succumbed to food pictures, bowing down to social media), which is a plate of two sandwiches—one prosciutto, mozzarella and sun-dried tomato on a baguette, the other smoked pork chunks with avocado on focaccia—from the Fells Point branch of Pitango, which I believe sells the best bread in Baltimore.

I’m probably not alone in that sentiment, though since I don’t read The Sun or any “Best of Baltimore” (itself an antiquated come-on for the weeklies and magazines that still exist; but in the 1980s and 90s those issues were cash cows) lists, I really don’t know. My constitution, at 63, has been compromised by a healthier diet and aversion to butter, garlic, cream and sugar, so I don’t often go to restaurants (where who knows what goes on in the kitchen) and sandwiches from Pitango are one of my culinary highlights, even if I have to trim the fat off slices of ham. If my friend was still alive, I think he’d have come around, although that’s a hunch that can never be answered.

As noted before in this space, I’m a fan of New York Times op-ed columnist Bret Stephens—although as a #NeverTrumper I’m not sure how many other readers are drawn to him, aside from liked-minded intellectuals like the sanctimonious Max Boot and increasingly bonkers Bill Kristol. Those on the left consider Stephens an example of the Times’ rightward tilt (figure that out!) and those Republicans/conservatives who read the Times are put off by his virulent, and usually accurate, Trump-bashing.

In an Oct. 12 column, meant (I think) as a warning to Democrats, Stephens riffed off a line from the late journalist Michael Kelly—killed covering the Iraq War in 2003—writing, “Once again, American liberalism has pierced its own tongue.” Meaning that outbursts by the likes of Hillary Clinton, Eric Holder, Rep. Jerrold Nadler, Sen. Chuck Schumer and, of course, Maxine Waters, are dampening the Democrats’ “blue wave” expectations next month. More: “It pierced its tongue when The New Yorker violated normal journalistic standards by reporting Deborah Ramirez’s uncorroborated allegation against Kavanaugh, and much of the rest of the media gave credence to Julie Swetnick’s lurid one.”

Events move swiftly close to elections, and it’s my own (unscientific) bet that Democrats re-capture the House by a substantial margin, while the GOP retains Senate control. And that spells gridlock, which I prefer in Washington.

But Stephens, to anyone who’s listening, is ringing the panic bell. “America desperately needs a party that stands for sanity and moderation, not extremism and demagoguery,” he concludes. “In 2018, Democrats had a chance to become that party. Once again, they’re flubbing it. It’s a pity both sides can’t lose, but maybe a midterm disappointment might teach liberals that they won’t beat Trump in 2020 by out-clowning him.”

That sounds like a man who’ll return to the conservative fold once Trump is out of office.