The smartocracy he sickens isn’t so nice either. 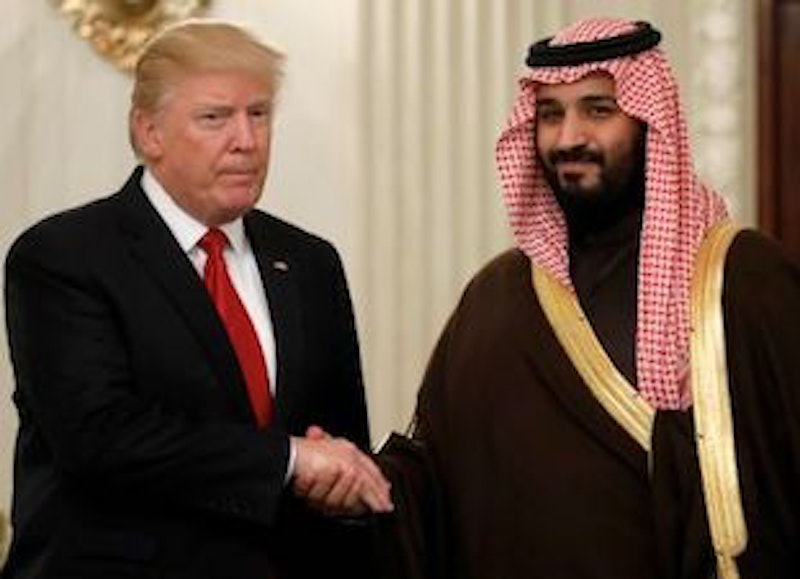 Congratulations to the dead pimp who’s reportedly still on track to win election to the Nevada state legislature. Pimpin’ ain’t easy, but the less-respectable task of legislating is so mindless and counter-productive it’s best left to the dead.

Yet we are expected to believe that the political class is clever, even respectable.

The establishment must sometimes be delighted it has someone as absurd as Trump to kick around. Never has it been easier for the establishment to make the opposition look uncouth and unsophisticated. Yet the establishment, not Trump, drove the U.S. $20 trillion into debt, fought indecisive decades-long wars across the world, and destroyed the public’s trust in institutions. If politics-as-usual relies largely upon the public’s chronic amnesia, we mustn’t be lulled into thinking that voting out the Republican Congress in two weeks or getting rid of the Republican president in two years solves our problems. The problems are much older and deeper than the Trump administration.

In fact, just as there isn’t that much difference between the two major political parties in the U.S., there haven’t been many big changes in policy under Trump. The hardcore Trump fans will cast aside all past ideological commitments in a heartbeat on his say-so, and his opponents will happily repeat the past’s worst errors if they think those errors will stymie Trump—and yet, still, very little has changed in the past two years. Take Saudi Arabia.

Debate rages over whether and how the Saudi government murdered a journalist (not to be confused with his body double). If John Brennan’s comments on the matter are any indication, the intelligence community is suddenly delighted to criticize Saudi murders—and tie them to Trump—even though that intelligence community has worked hand in hand with homicidal Saudis since roughly World War I. That’s hypocritical, and it’s not clear the world would be better off with bin Talals running it than with bin Salmans running it, regardless of what Brennan (or bin Talals’ various corporate partners) might tell you.

Yet what do you get for turning away from the Brennans and CNNs of the world and hewing to Trump? It turns out you get Trumpers, who last I recall were supposed to hate foreign entanglements and globalization, cheering for their president as he presses forward, unfazed by murders, with $110 billion in arms shipments to the Saudis. Wait, how are these options different? Slightly more dead Saudi journalists one way, slightly more bombed Yemenis the other? Is anyone in American politics not working for the Saudis?

But if all of this results in some critical examination of the big picture, not just the most recent murder, we may be better off for it. That’s the best use to which Trump can be put, I think: Instead of inspiring either support or opposition, he creates a jarring slight change in procedure and rhetoric that should afford an opportunity to step back and ask, “Woah, how did we get here in the first place?”

Whether he makes you want to vomit or seems like a refreshing glass of populist water, you have a great chance right now to ask yourself whether snapping back to pre-Trump politics as usual would be such a great thing. If not, and if Trump doesn’t satisfy either, dare to think about other possibilities.

Don’t be lazy and just assume that getting the current purportedly-dumb, foul-mouthed, rough-edged fellow—or even more indirectly, his nominal party—out of power leaves us in the hands of wise stewards who’ve proven worthy of the public trust, much as they’d now like us to misremember things that way.

And the problem isn’t simply that we need “smarter” leaders, as both Trump and his critics are prone to say. I’d rather be governed by an imbecile than, say, Leon Trotsky, advocate of permanent, global, violent revolution. The safest thing in that big head may have been the ice axe.

Intellectuals are as dangerous as goons when they’re all wielding political power. There’s a thin line between, say, the dreams of a renewed socialism that were on display recently at the Soho Forum as Jacobin editor Bhaskar Sunkara pressed his case (in a losing debate against libertarian former Barron’s books editor Gene Epstein) and, say, the spectacle of Weimar-style ideological brawling in the streets on display a week earlier at New York City’s Metropolitan Republican Club, where leftists vandalized the doors (winning a rebuke from GOP state senate candidate Pete Holmberg, who called the behavior “terrorism… validated by Clinton” with her comments about civility toward Republicans being impossible) and the next night threw a bottle at right-wing Gavin McInnes fans (winning a massive beat-down and perhaps a subsequent court case or two).

Some political intellectuals are better than others at observing the formal courtesies, but virtually all of them dream of settling our differences with force, whether via taxes, regulations, assassination in Turkey, or a beating on the Upper East Side. Do they really have the right to turn up their noses at Trump? It’s not his language that’s the offensive thing. It’s that such a person should have the power to fine, arrest, or bomb the rest of us.

So stop for a moment, amidst the partisan squabbling of the midterm election season, to consider the high likelihood that that political power would be dangerous, destructive, and offensive no matter who was wielding it. Think of the enormity of the moral implications if you take that idea seriously, and then feel free to hurl. You might feel healthy afterwards for the first time in a long while, and you’ll have taken your first step on the road to Wellville.

—Todd Seavey is the author of  Libertarianism for Beginners and is on Twitter at @ToddSeavey.