The Democratic field looks bleak two years ahead of election. 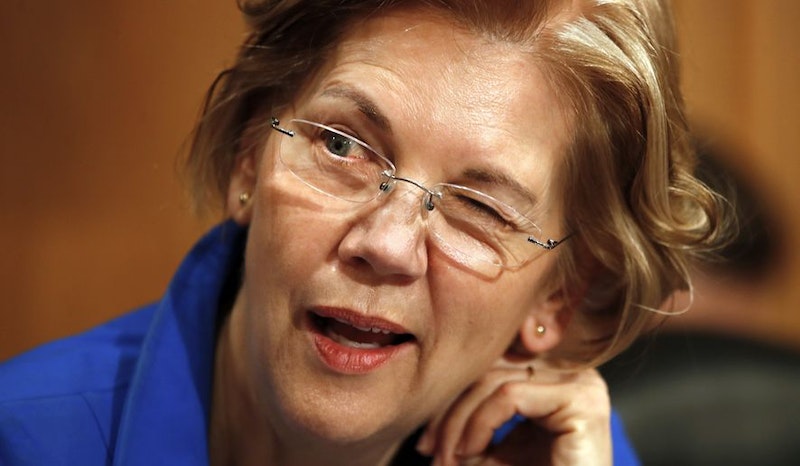 Elizabeth Warren… why??? She’s toast now. Though still a frontrunner in the gestating 2020 presidential election, the stunt she pulled on Monday has disqualified her, and proven that she can’t compete against Donald Trump. She’s more progressive and slightly less aloof than Hillary Clinton, but to most of the country, she will read as Hillary 2.0 and lose badly. You can’t win playing Trump’s game. She released her DNA results, proving her Native American heritage more than a year after Trump called her “Pocahontas.” It’s true that Trump also goaded Barack Obama into releasing his birth certificate to prove he wasn’t born in Kenya, but he was already in office, and he made them public only four days before Osama bin Laden was killed. Warren may think she’s getting ahead of the story, but when asked about it, Trump simply responded, “Who cares?” Good question.

Policy is a distant second to attitude against Trump. Democrats need someone who can call Trump a motherfucker to his face (in as many words). Kamala Harris fits the bill: she was the only senator on the Judiciary Committee that wasn’t mealy-mouthed and mugging for the camera. Cory Booker is a joke, Joe Biden is a dinosaur, and Kirsten Gillibrand is vulnerable to the same sexist perception that hobbled Hillary and would weaken Warren: a needling “schoolmarm,” “too shrill,” “hysterical.” Harris is the only prospective candidate I can see actually scaring Trump and catching him off guard. She can be relentlessly tough without ever coming off as hectoring or holier than thou.

Beto O’Rourke may be the national media’s heartthrob, but he’s slipped since the Kavanaugh hearings just like every other Democrat in closely contested races. Mimi Swartz, an editor for Texas Monthly, wrote in The New York Times yesterday that, “In recent days it has been reported that his fund-raising in the last quarter reached $38 million, more than in any other Senate race in history—and that he is trailing Mr. Cruz by nine points in the latest Quinnipiac poll. These are not contradictory facts. Many who gave Beto money don’t live here, which means they don’t vote here. That very fact is manna for the Cruz folks, who can paint their opponent as just another candidate adored by people who in no way represent the values of real Texans.”

It’d be nice if O’Rourke could spread some of those millions around, or if everyone could calm down about Susan Collins and redirect their millions in crowdfunding a non-existent candidate to oppose her in 2020 to contested races that are happening this year, in a few weeks, with candidates that actually exist right now. But, somehow, things are looking a lot more like 2004 than 2008 two years out. Trump, who clearly hated being President for most of 2017 and was in way over his head, has gotten into the groove of it all. It’s terrible: Saudi Arabia feels emboldened to assassinate a journalist here and there because Trump hates journalists, we have a conservative Supreme Court now, and every Republican in the country has learned to play by Trump’s rules and simply tell their opponents “Fuck you” and leave it at that. And it works.

Any Democrat who hopes to have a fighting chance against an incumbent President needs to be able to get under his skin without taking any of his bait. Warren is over—but I fear everyone will line up behind her just like Hillary in 2016 (and 2007 and most of 2008) and we’ll get four more years of Trump. I remember how devastating 2004 was and I’m steeling myself against that now and anticipating the worst but hoping for the best, which just gets harder and harder every day.