Beyond the Melting Pot

Elizabeth Warren's DNA test shows us the way back to purity. 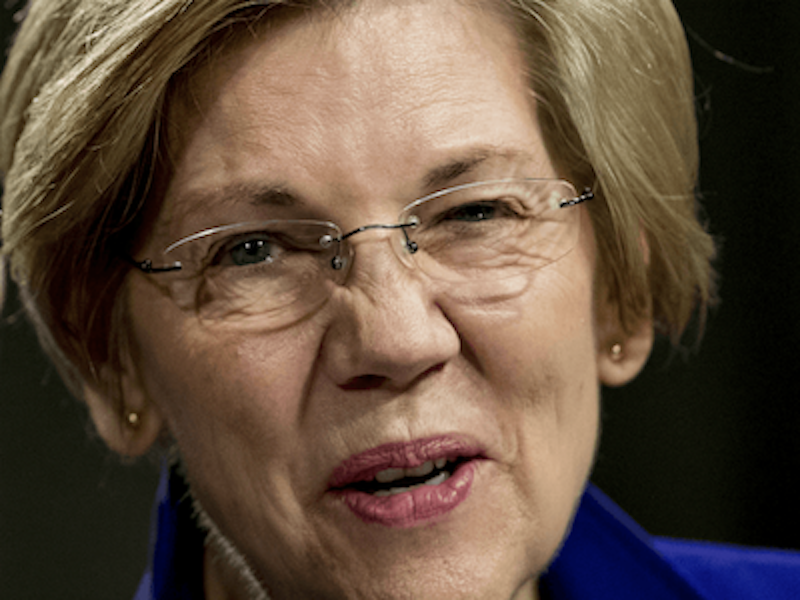 "I’ve just tried to put it all out there. I am an open book,” Elizabeth Warren told the audience as she debated Republican opponent Geoff Diehl for her Senate seat. She said that the reason she was releasing genetic information about herself was to help restore trust in government, but that is only one of the salutary effects that DNA testing can have on our irksome cultural and political difficulties. For example, what is sometimes termed “cultural appropriation” is really experienced as the theft of one's very selfhood, which is in turn best conceived as a matter of chromosomes. To document your right to access a sombrero, or a style of music, or a slang term, we’re going to need to see the DNA, because we’re going to need a precise inventory of your ethnic memberships.

Previously, the process of inventorying someone's ethnicity, in order to decide what hairstyles should be permitted them, was scattershot and impressionistic, involving such matters as height of cheekbones or booty size. But Americans soon came to realize that such things could be faked or altered. We won't get Dolezalled again, sister. Once it’s based on science, rather than people's subjective yet obsessive assessments of one another's racial status, politics will be a systematic, progressive discipline, just as Dr. Mengele dreamed.

Warren's emission of her genetic material was admirable, though her ethnicity itself is pretty gross. But just as we, the American people, expect prospective presidents to release their tax returns, we should demand the DNA of every candidate. We have a right to know the real ethnic composition of anyone who hopes to become the world's most powerful, least useful person. Like you, I assign my vote according to very slight deviations from ethnic and ideological purity. In the current period these are the same thing.

The "melting pot" concept suggested that we were all merging into a single deracinated people, which wouldn’t be acceptable to any American, right or left. DNA testing permits us to extricate, isolate, and eventually purify all the different elements. The miracle of science lets us un-melt our pot.

I could infer that someone votes Democrat from the fact that they have African ancestry, which is doubly convenient for the upcoming purge. Another hopeful sign is that all decent people now refuse to have sex with anyone who disagrees with them politically. This will enable the genetic tree of homo sapiens to split. Then politics can move beyond tribalism into a war of the species. As we speculate on developments such as these, how can we not, as Americans, feel hopeful?

DNA testing might’ve helped us answer the most acute question that faced America in 2008: Is Barack Obama black enough? Just how black is he, really? Warren Harding was often regarded as something of a sphinx, and the mystery of Chester Arthur's inmost identity tortures presidential hagiographers such as Doris Kearns Goodwin. The only reason we don't understand those little assholes is because they arrived pre-ancestry.com. But now we’re in a position to exhume and clone them, as well as Goodwin herself.

Meanwhile American colleges and universities are bedeviled by problems that can be straightforwardly addressed by DNA testing. Perhaps Harvard's affirmative action programs wouldn't be illegal, or would be so complex as to evade detection, if they had hundreds of ethnic categories reached by exhaustively surveying every applicant's genome, rather than the primitive five or six they got by with heretofore.

This week, American college campuses are gearing up for the Halloween crisis, in which frat boys wearing sombreros or corn rows set off building occupations, race riots, draconian disciplinary procedures, and so on. The solution is straightforward in this as in other cases of cultural appropriation: college administrators should require their students to submit evidence substantiating their right to any costume they may propose to wear. It better show at least 1/32 Mex if you're going to go with that sombrero.

Again this year, perhaps, some pale student will send his campus into a tizzy of vengeance by dressing as Colin Kaepernick. But the solution is direct: compare the Halloween Kaepernick's DNA to that of Kaepernick himself. Only very close ethnic matches are permitted, from now on, to wear the Nike swoosh. Or to mate with Kaepernick himself, for one of our goals must be to prevent genetically distinct people from fucking one another, which is itself a terrifying form of appropriation.

Seems like Elizabeth Warren, for example, hasn't demonstrated her right to wear those buckskins on campus, fetching as they are. Costume shops and clothing stores, hair salons and record companies, colleges and death camps, movie theaters and museums: these are just some of the institutions that could benefit from requiring a DNA test as a condition for admission, so that they can responsibly screen access to the explosive materials they contain.

Soon, you'll be able to cast your sit-com without auditions, or screen your pool of potential dates for ethno-political purity, and expose the dangerous people whose ethnicity is not evident from their visage and demeanor. We the American people deserve this and so much more.