Paul Krugman’s a crank, but his 2015 inaugural column has more substance. 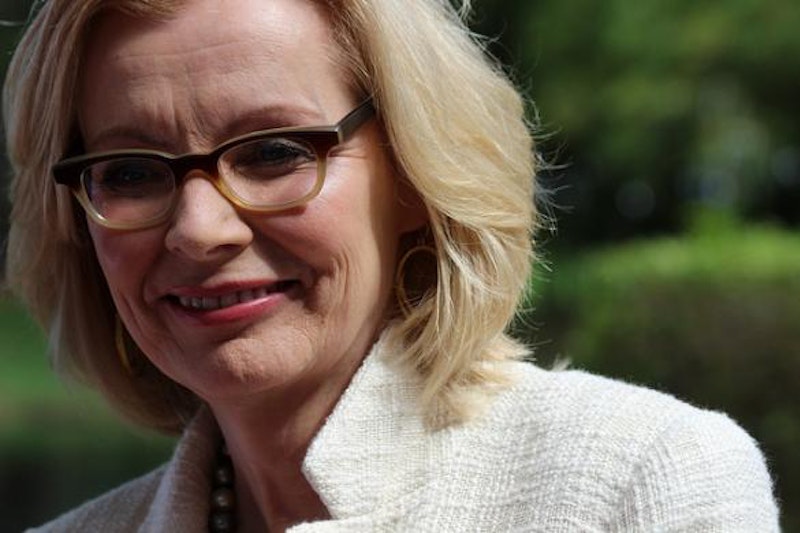 Peggy Noonan writes one op-ed for The Wall Street Journal each week, so perhaps that explains why she doesn’t want to miss a turn, even when she has absolutely nothing to say. Even at her best, Noonan—whose work I’ve liked a lot in the past—is a fading star, hanging on, I’m guessing, to continue participating in “the national conversation.” But there are limits, such as her Jan. 2 (online, at least: the print version appears on Saturday, which is fairly odd) contribution that’s a mere survey of her friends, mostly Republicans, about the nation’s prospects for 2015.

Purdue University President Mitch Daniels (former governor of Indiana, who’d have been a more formidable 2012 GOP presidential candidate than Mitt Romney) tells Noonan that every new year is “like opening day at the ballpark.” Never heard that one before. Daniels adds that despite worries such as “terror threats” and political “partisan animus” (I don’t think Americans lose sleep over Congressional bickering), the U.S is still the top country in the world. Nuts, there goes the Venezuela vote!

Ohio Sen. Rob Portman, again with the myopia of a politician, is optimistic because of the Republican wipeout of Democrats in November’s midterm elections. He says that the GOP won big because voters were looking for “a change in partisan gridlock.” Some might argue, with good reason, that gridlock is positive since the federal government can’t pass legislation that’s unhelpful, but he’s a Senator, so he’s not allowed to tell the truth. If you’re a fiscal conservative, there’s no disagreement with Portman’s view that the tax code is “nonsensical” (too bad he didn’t add that it’s time for the introduction of a flat tax, but belief in miracles are for pre-teens and Jehovah’s Witness freaks) or that the Obama administration has produced “regulatory overreach,” but again, that’s Beltway talk.

Perhaps the most depressing comment Noonan collected was from possible presidential candidate Jeb Bush, who demonstrates that if he runs, he probably won’t go far. Bush says: “In spite of dysfunction in Washington, we are on the verge of being an emerging nation once again… dynamic, aspirational and young at heart.” I like Bush’s views on immigration and taxes, but this kind of malarkey makes me ill. The country’s on the “verge” of becoming “young at heart”? Hey, I remember the Pepsi Generation, too, but today even college students seem like they’re 40 instead of 20. And I thought America had topped its “emerging nation” status oh, maybe around the time Bush’s father was flying planes in World War II.

It wasn’t all palaver. Boone Pickens cracked a few jokes, saying that although the media gave “this goofy president a walk,” at least “We only have another year of this bird to go.” And New York attorney Lloyd Green ventured that he’s hopeful because of fishing. “Heck,” he says, “everyone should give fishing a shot.” I don’t fish myself, but I like Green’s spirit.

At least one-percenter Paul Krugman was consistent in his doom & gloom outlook for America in his first 2015 column for The New York Times. Krugman reprised, for the 118th time, his jeremiad about income inequality, again plumped Thomas Piketty’s Capital in the Twenty-First Century, and puffed up an income gains chart by CUNY’s Branko Milanovic (the university Krugman will join this summer) and said that we’re probably not on “the verge of fully replaying the 1930s.”

Yet, buried in the Krugman rant is one frightening truth about Europe. He writes: “[W]e see the rise of nationalist, anti-immigrant parties like France’s National Front and U.K. Independence Party, or UKIP, in Britain—and there are even worse people waiting in the wings.”

Krugman doesn’t name any of these “worse people,” but I’d bet he’s thinking of xenophobic Texas Sen. Ted Cruz, and on that score, I’ll take the rare opportunity to agree with the Times’ wealthy madman.