On the Outs with America—North Korea, Iran and… Bhutan?

A tiny Himalayan country with no U.S. diplomatic relations. 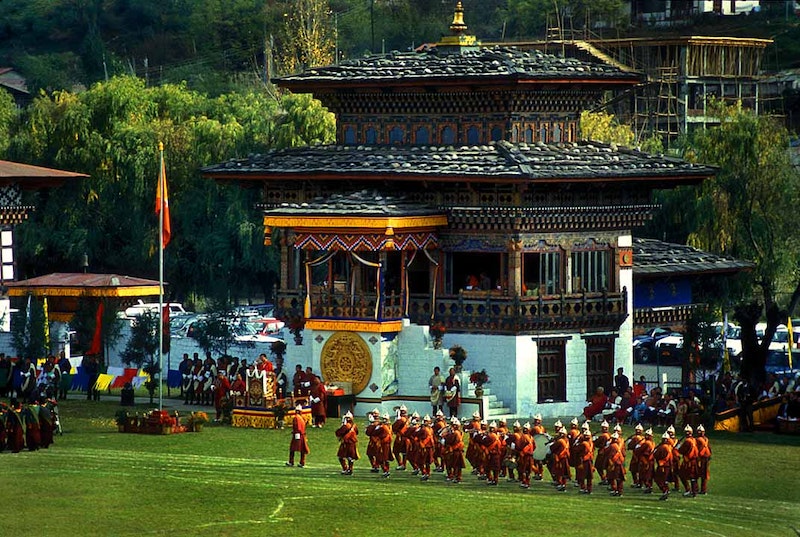 When President Obama moved to normalize relations between the United States and Cuba it left only a small group of outcast nations diplomatically cut off from America. North Korea, Iran, Sudan and Syria aren’t too surprising. But Bhutan, the tiny Himalayan nation nestled between China and India?

It’s not an issue of hostage seizures, wretched chemical attacks on civilians or other such factors that have stifled American diplomatic relations with Iran, North Korea and the others. It’s just that Bhutan, population of less than 800,000, just isn’t that into it. Bhutan is fairly isolationist and maintains relationships with only 22 countries. On top of the U.S., Bhutan does not maintain diplomatic relationships with the United Kingdom or Russia. Not even China, its titan neighbor to the north.

Still, “Although Bhutan and the United States have never established formal diplomatic relations, the two countries maintain warm, informal relations via the U.S. Embassy in New Delhi, India, and Bhutan’s Mission to the United Nations in New York,” according to the U.S. State Department.

There’s some roundabout history to all of this. In 1865, Britain and Bhutan signed the Treaty of Sinchulu, under which the kingdom would receive an annual subsidy in exchange for ceding some borderland to British India. Under British influence, a monarchy was set up in 1907; three years later, a treaty was signed whereby the British agreed not to interfere in Bhutanese internal affairs and Bhutan allowed Britain to direct its foreign affairs.

This role was assumed by independent India after 1947. Two years later, a formal Indo-Bhutanese accord returned the areas of Bhutan annexed by the British, formalized the annual subsidies the country received, and defined India's responsibilities in defense and foreign relations.

Only two countries maintain permanent residential embassies in Thimphu, Bhutan's capital—India and Bangladesh. India and Bangladesh are, by far, Bhutan's leading trade partners. Bhutan has four embassies, in India, Bangladesh, Thailand and Kuwait. Bhutan also maintains United Nations representation offices in New York and Geneva. In this global, hyper-connected age, there’s at least some reason to think Bhutan’s relations with the outside world will warm. In April 2008, after many years as an absolute monarchy, Bhutan became a constitutional monarchy with elections.

A few Bhutanese military officers have attended courses at the Asia-Pacific Center for Security Studies. And the U.S. government annually brings several Bhutanese participants to the United States through its International Visitors and Fulbright Programs. What’s in it for America? A potential expansion of the “pivot to Asia” policy, aimed at encircling China and keeping an eye on our strategic rival. Even if Bhutan is only about half the size of South Carolina.