The future of journalism is right under your nose. 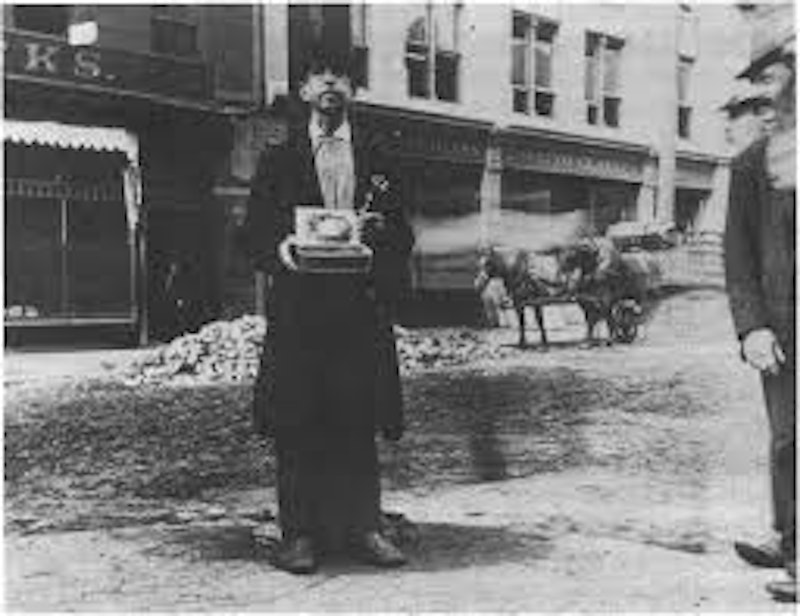 Lots of journalists, I’d guess, saw the unintentional rib-tickler Guardian story last Saturday about the down-for-the-count Rolling Stone offering “thought leaders” to publish in its pages—for a fee of $2000. Man, that takes “sponsored content” (RS owner Penske Media Corporation took pains to note that these “sold” articles would be labeled as such, in order to differentiate them from the other stories, which, as always, might be viewed as free ads) to a new level! I’ve no idea what success the magazine will have in attracting “big names”—pardon, “thought leaders”—to the last-ditch revenue gambit, but it’s not much of a draw. After all, who reads Rolling Stone in 2021?

(An early subscriber, a year after Jann Wenner launched RS in 1967, I couldn’t wait for the new issue to arrive, up until about 1974. When the magazine moved from San Francisco to New York in 1976, and shamelessly sucked up to the Jimmy Carter campaign, blowing Hamilton Jordan and Jody Powell, I moved to sporadic reading; by 1985, when Spin was far more vital in critiquing music and pop culture, I stopped reading almost completely, occasionally picking up a copy at newsstands, like RS a vestige of the 20th century.)

My friend and colleague Crispin Sartwell touched on this subject in September 2019, disparaging the daily ghost-written op-ed columns in major newspapers. (He jokingly added that such promotional drivel was depriving real writers—like him!—from landing on once-prestigious pages.) Sartwell ticked off the names of politicians or celebrities whose byline was attached to anodyne, agenda-driven essays that added little to the publications: people like Jane Fonda, Rahm Emanuel, Lindsey Graham, Leon Panetta, Cindy McCain, Liz Cheney, Rashida Tlaib, Mitch McConnell, James Comey and on and on and on. He wrote: “Even if your own columnists fail… that doesn’t mean that you should allow your newspaper to be directly annexed to someone’s political career or publicity machine.”

I’d wager if Crispin were to re-visit the subject today, he’d come to the same conclusion as me: in the near-future—as I noted, Rolling Stone matters little, but its gimmick will have ramifications—ghost-written articles by politicians/celebrities will be for sale, and labeled as such. I’m not sure why a newspaper like The Washington Post, The Wall Street Journal or New York Times would want to foul their editorial pages with such drivel, but a buck’s a buck. This is modern “journalism” and it’s getting worse not at annual pace, but monthly.

I was a watching the great Canadian TV series Intelligence (2006-2007) the other night on Netflix—I had the DVD at one point, but came across it on TV and gave it another whirl, for who remembers a series from that long ago?—and there was the standard “warning” that the show contained “violence, nudity and smoking.” It’s not a leap to imagine daily newspapers adding a kicker atop their articles containing similar safe space accommodations, such as “This article contains mentions of violence, is biased and is the author’s own opinion.”

I realize that fewer and fewer people read a newspaper’s print edition anymore, but the image of a front page studded with italics on top of almost every story already gives me a case of double-vision. And in the digital versions of, say a Paul Krugman, George Will or Thomas Friedman column, the “trigger warnings” are bound to be lengthier.

Not unconnected is the latest Twitter/New York Times hubbub that erupted last weekend—and is still bruited about, perhaps by commenters who’re in Trump-anger withdrawal—over a (by today’s standards; although I recall Eleanor Clift gushing over Bill Clinton in both Newsweek and on TV talk shows) seemingly innocuous tweet. Vanity Fair’s Joe Pompeo wrote: “Over the weekend The New York Times became engulfed in a Category 5 shitstorm [warning: article includes “barnyard epithets”] for terminating the employment of a freelance editor, Lauren Wolfe, after she tweeted about having ‘chills’ watching Joe Biden’s plane land as he was en hour to his inauguration.”

Pompeo went on at some length with an account of Times management inscrutability, “cancel culture” and the power of social media, including the tweets of Wolfe defenders.

It did seem odd to me, as well, since Wolfe’s “transgression” was mild compared to what the Times prints every day. Would I have fired Wolfe? No. Do I have any influence on The New York Times? No. (Apparently, Wolfe had been admonished for previous political tweets as well.) But to me, the reason for the Times’ termination of the “contract editor” was an excuse to cut newsroom staff, a snap since she wasn’t a union member.

It recalls the forced resignation of editorial page editor James Bennet last year after he accepted (without reading it first) an incendiary op-ed by Sen. Tom Cotton (or whomever wrote it). I assume that one of Bennet’s underlings did read the Cotton essay—though assumptions are dodgy today—and in a newspaper that publishes well over 1000 op-eds every year, a conservative voice doesn’t seem so outrageous. That Bennet didn’t even read an obviously contentious piece is weird, although I’m certain his predecessors were also guilty of occasionally slacking off, with no repercussions.

But Bennet (and his staff) and Wolfe, who don’t have bylines, don’t drive digital traffic and so they’re far more expendable than, say Bret Stephens, who, although I generally like his columns, engaged in worse conduct last year when he abused his position to attack a George Washington University professor (an unknown), because the academic, Paul Karpf, called him a “bedbug.” Stephens then ratted out Karpf to GWU’s provost, and a media melee erupted.

I thought that was the end of Stephens’ lucrative Times perch—and lost a $10 bet to an old friend over it—but that was naïve. The uproar over Stephens on Twitter—he did this twice a year or so, before leaving the site—elicited thousands of threats to cancel Times subscriptions, but it was in the Times’ interest to keep Stephens (perhaps he was upbraided internally, perhaps not) since it’s certain that 99 percent of the aggrieved readers eagerly awaited the columnist’s next offering. And that’s digital traffic, which is the engine of the Times Company now. Somebody, I don’t recall who, said that Twitter was now atop the Times’ masthead, but I don’t think that’s accurate. More likely Benjamin Franklin’s visage (until he’s replaced by Angela Davis) on the $100 bill.